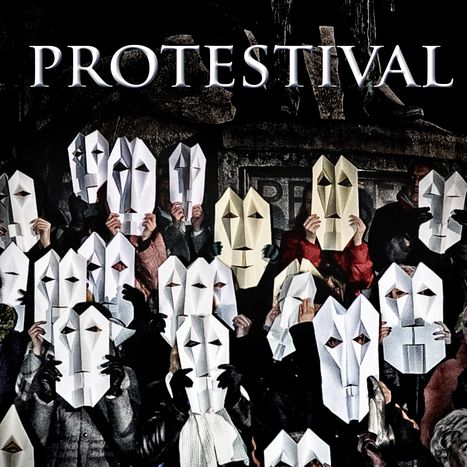 The revolution has reached Slovenia, in another stopover during its grand tour of Europe. Since November, a new social movement has demanded the resignation of the political elite, with the latest protests held on 31 January. Police claim they haven’t had to use this level of crowd control since the 1991 breakup of Yugoslavia

Groups of radicalised youth attack police with rocks as helicopters fly overhead. Teargas, bottles and flares streak the smoke filled sky and dumpsters burn on street corners as people run two and fro, shouting, chanting slogans and scuffling with police. The officers appear unable to control the crowds. But where is this volatile scene unfolding? The answer lies where you would least expect - in a peaceful green country situated on the Adriatic coast. 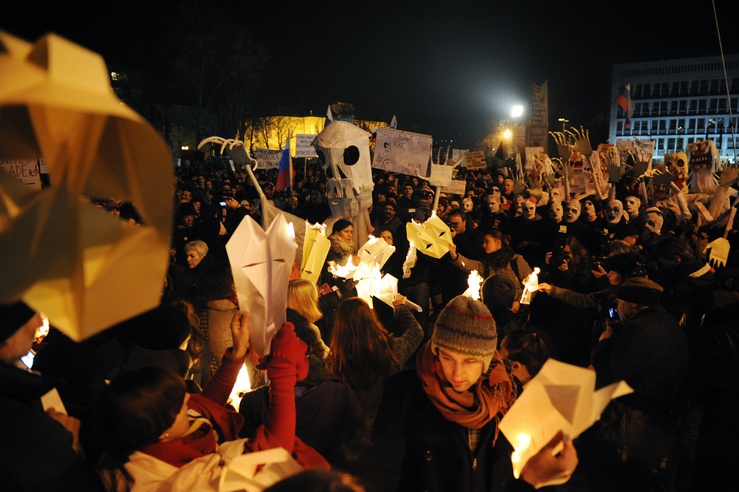 Over the last few months, thousands across the country have continued to rally against social inequality and corruption. The increasingly prevalent culture of protest and resistance, which has been developing since the beginning of the eurozone crisis in 2008, is reaching those corners of the EU that many had failed to suspect of revolutionary tendencies. Slovenia has been upheld as a stable nation and a model of successful EU integration since it joined the Union in 2004. But as protests swept from Maribor (Slovenia's second largest city - ed) to Ljubljana in December2012, this perception changed. Throughout Europe, frustration with politicians deemed corrupt and detached from the reality of their countries’ populations is mounting. In Slovenia, dissatisfaction among the country’s youth has become widespread. Protest is the new form of democracy; unless drastic policy changes are made, democracy is what 2013 has in store.

The turmoil in Slovenia started with the installation of high-tech radars to regulate traffic offenses around Maribor - paid for with 5 million euros of public funds. The project is to be run on a for-profit basis and managed by a private company. Mariborians were not going to accept paying one million euros per radar just so that a private company could reap the benefit. Disconcerted citizens destroyed 11 radars. Mayor Franc Kangler, who already stands accused on 12 counts of corruption, has been branded a public enemy. These protests, known as the ‘third Maribor uprising’, spread to the country’s capital, Ljubljana. Nearly 5, 000 protesters clashed with police. Others chanted ‘thieves’ in front of the parliamentary building.

Off with you, Janez

The widespread nature of the protests are a sign of the dissatisfaction with the Slovenian political class, which is now considered illegitimate, and the stable path of privatisation and submission to the EU that it supports. Currently, both the country’s prime minister Janez Jansa and its main opposition leader (who is also the capital’s mayor) are under investigation for allegations of corruption. Many fear that Slovenia will be the next EU country forced to ask for financial aid. During the first days of protests, Andrej Kurnik, a professor at the university of Ljubljana's social sciences faculty, claimed that the number of protesters was ‘enough to make a change’. After weeks of continuous mobilisation, it appears he was correct. The popular Slovenian daily Delo proclaimed the current government ‘clinically dead’. Political analyst Tomaz Saunik believes that with or without a formal resignation, ‘Janez Jansa will fall’. This seems to be exactly what the movement’s participants are hoping for. ‘We want the old corrupt elite that has been in charge since the fall of communism to go,’ says one 20-year-old Ljubljana resident. 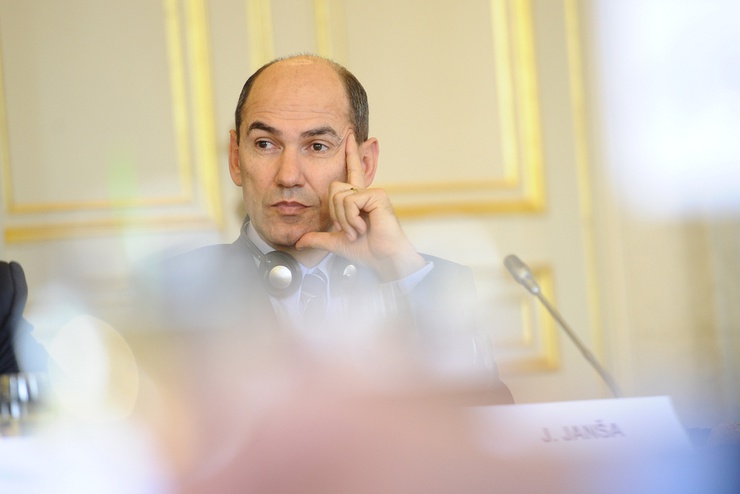 The events in Slovenia have left many in the region nervous, especially in neighbouring Croatia. If this can happen in peaceful Slovenia, the likelihood increases that civil unrest could spread throughout the Western Balkans. Unemployment levels in countries like Croatia (17.3%) and Bosnia-Herzegovina (43.3%) are higher than in Slovenia (at 12.2%, it pips the EU average - all figures from 2012). The eurozone crisis has done its fair share of damage to their economies.

If this can happen in peaceful Slovenia, the likelihood increases that civil unrest could spread throughout the Western Balkans

With Croatia set to join the EU in July, many fear that the troubles in the EU’s periphery could spill into its 28th and newest member state. In October2012, the first big anti-austerity protests took place in Croatia. Around 7, 000 public sector workers joined a union-led protest against planned spending cuts. The police force staged its own protest calling for an end to austerity. If the new Slovenian movement is capable of ousting its current government - its coalition centre-right government collapsed on 23 January after Jansa refused to resign - this could give impetus to dissatisfied citizens elsewhere. For years, Europeans have turned a blind eye as politicians empty state coffers into their pockets. Finally, they are saying ‘enough’ to a failing financial system that benefits the elite, while leaving the majority in an increasingly precarious position. After all, the job of a politician is to organise society to promote the wellbeing of their countries’ citizens. Europe’s population is now firing the political class.

The author is a political scientist with a masters in central and south eastern European studies from UCL, London. Her primary research interests include the political history of eastern Europe (with a specific focus on the Balkans and the Caucasus), nationalism and the development of grass-roots social movements