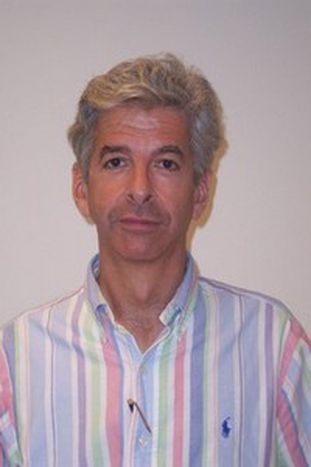 'The European system is fossilized.' Ronald Plasterk, Minister of Education, Culture and Science, flips from laboratories to TV screens and exposes the shortcomings of science education in Europe

Stepping out of the shiny elevator, the fumes of chemical substances tickle our nostrils. We have arrived at the centre for genetic research at the University of Utrecht. Ronald Plasterk, professor for genetic research, welcomes us in the laboratories. At first he seems very down to earth, but his brightly coloured shirts and political caricatures indicate a good sense of humour. Political activist, columnist, scientist and critic of the European model, Ronald Plasterk surprises us by his versatility.

Politics and science have never ceased to be intertwined for Prof. Plasterk. His contributions to the student debate around DNA or stem cells led him to be involved in the media. He writes a column for the Dutch newspaper De Volkskrant and every other Sunday, he appears in a political television programme. M. Plasterk shuns the TV glamour though: “There is this perception that if you spend two minutes on TV every two weeks, people think that you live there in the studio,” he tells us jokingly.

Mr. Plasterk’s first journalistic experiences date back to his student days at the University of Leiden. There he read biology and wrote in the university newspaper. “I became interested in politics through the public debates surrounding DNA, stem cells and Dolly. Initially I wrote my columns on that. But you can’t write about the same sheep every month, so I started to divert into other areas. Essentially it was because the ethics of science sort of overlapped with politics,” he remembers. “Without ever aspiring to it, my political debate took off and now I am writing the manifesto for the next elections for the Dutch Labour party,” he continues. As a student, Ronald added fuel to the debate.

A staunch critic of European model

But it was only when Ronald travelled to the US to complete a post-doc that he became truly critical of science education in Europe. At the California Institute of Technology in Pasadena, he was impressed by their efficiency and progressive approach to biology. “There are a lot of things that are wrong about the European Union’s scientific system. The funding is not transparent, it’s not based on merit, or on quality, and there are always secondary goals, it’s not only about science. They say programmes should encourage business or help underdeveloped regions in Europe, and so on. But these should only have one goal: to fund the best scientists in Europe,” Plasterk complaints.

Europe trails behind the US

“The European system also doesn’t offer any prospering qualities,” hammers Plasterk. Around 1900, most scientific Nobel prize winners were European, today most of them are American, he insists. For the professor the reasons for this evolution are clear enough: Europeans are too provincial. “In the United States if you’ve grown up in Montana and you’re bright, you’re not staying there, you’re going to the West Coast and you’re getting your PhD. In Europe, people stay; they may go away for a year but then they go back.”

The European system also suffers from decentralization: True centres of excellence don’t really exist. “Everyone wants to be the local Oxford,” says Plasterk. But, according to him, science develops according to the chaos theory and the spontaneous aggregation and self-enforcing process. “Once you have three truly great scientists together then the fourth one will decide to go there too, and then for reasons that nobody can plan or control, a cluster of scientists develops. Why is Cambridge so great for science? At the time when I was there I think we had five Nobel laureates working in the same building,” he remembers.

Plasterk admits that language barriers also explain Europe’s poor scientific performance. “I know a lot of French professors who could not explain their work in English, the language of science.” Supposedly, translating millions of pages of scientific reports into 20 European languages doesn’t help. The core of the issue is cultural. While language is a barrier for scientific progress within the EU, it is also throwing stones in the way of European integration at a wider level. “The thing is that there is no demos, there is not a European people, we don’t speak the same language. There is no system of public debate.”

Thank to the collaboration of Thamar Zijlstra