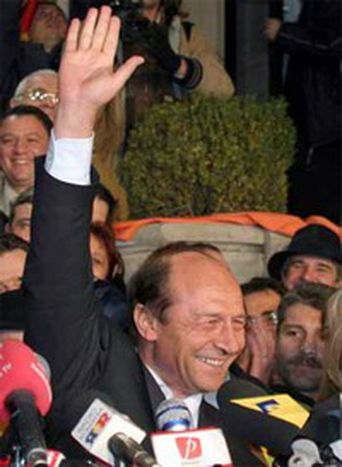 With Romania due to join the European Union in 2007, the government has its work cut out to make sure that its accession remains on track. But does this mean sacrificing welfare for the sake of a strong economy?

Europe is very proud of its so-called ‘social model’, a system which supposedly combines sustainable economic growth with ever-improving living and working conditions, protecting its citizens in times of need. Indeed, one of the main reasons for the French rejection of the European constitution is said to be the fear of an erosion of this very principle. Thus, Romanian President Traian Basescu’s comment that “We will not keep up with the objectives of a social Europe all the way” came as rather a shock to Romanians, who are looking forward to joining the EU club.

Flat tax for all?

Basescu was referring to the fiscal reform that the new government has introduced since winning the elections in December 2004, most notably the flat tax of 16%. But what is the relation between the flat tax and the European social model? Theoretically, the European social model involves progressive taxation to finance its welfare programmes, but even now the EU doesn’t have a unitary fiscal policy.

Current whispers about the need for a harmonisation of tax systems seem rather far-fetched bearing in mind that the flat tax is already in place in the new EU member states of Estonia, Lithuania, Latvia and Slovakia. How will such a system be put into practice? Will the Eastern countries give up the flat tax or will France and Germany adopt it? Moreover, many claim that the European social model does not really exist and is certainly not particularly “European”, given that welfare systems vary wildly from member state to member state.

So perhaps Basescu’s statement is not so shocking after all. As the president explained when introducing fiscal reforms earlier this year, it is not possible to support a welfare system without a strong economy. This is the only reason why Romania may not always comply with the ‘European social model’ and does not imply that the country is looking to follow another type of model which excludes social protection.

Basescu is well-known for his political pragmatism, his fight against corruption and his pro-European views, all of which contributed to his landslide victory in the December elections. Now in office, it seems he will continue in the same vein, as shown by his eagerness for the EU to reach a compromise over its budget for 2007-13. Being more worried by a possible freezing of the enlargement process than losing some money from the EU coffers, the Romanian President offered to reduce the amount already agreed upon in the accession treaty signed in April, saying “the best foundation for sustainable development in Romania is not necessarily the difference of a couple of billions euros but the creation of a proper business environment.”

It is unacceptable that now, when Romania is in plain process of restructuring its economy in preparation for its integration into the EU, the discussions over further enlargement might be blocked by a budget which, in any case, is not the key to the country’s development. Furthermore, while Romania’s major attempt to stimulate its economy may mean that it will not be able to fully comply with the principles of the European social model for the time being, a stronger economy will eventually mean less strain on the EU community it so wants to be part of.