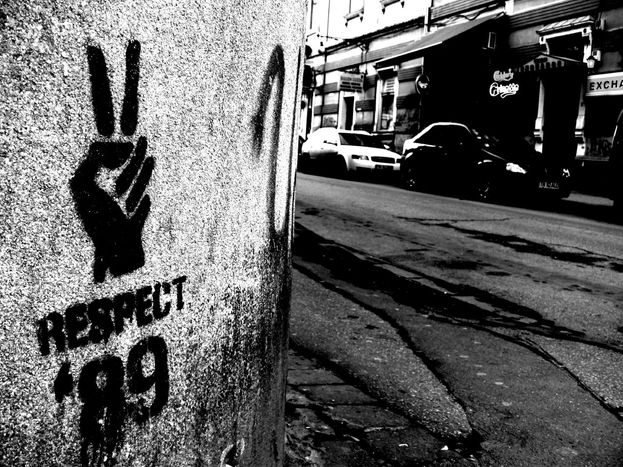 Romania 1989: A Revolution for Freedom of Choice

Zoltán was a first year student at the Romanian University of Timișoara in December 1989 when the revolution broke out. Since then, the events have rolled away from him not just in time but also in space. Not long after the opening of the borders, Zoltán, like most of his friends, tried his luck at going West, and he eventually wound up in Vancouver, Canada in 1997.

In December 1989 the pressure was almost unbearable in the Romanian satellite state of the Soviet Union. In 1981 the Communist leader of Romania, Nicolea Ceaușescu introduced an austerity programme in order to liquidate the entire national debt of the country. However, debts were settled sooner than expected, and the population had to pay a high price for the success, which increased general discontent. Basic food such as milk, bread, flour or meat could only be bought with foodstamps and rations were given only after standing in line for many hours. The shelves of the shops were empty; even buying toilet paper turned out to be a fruitless task. In this context fuel was added to the fire when László Tőkés, assistant pastor of the Hungarian Reformed Church in Timișoara, was inhibited and asked to leave the manse. His followers guarded his manse from the members of the secret police agency, the Securitate, for weeks. On the day of the eviction a huge group of people gathered together to protect the pastor, and the gathering shortly transformed into a protest against the regime. 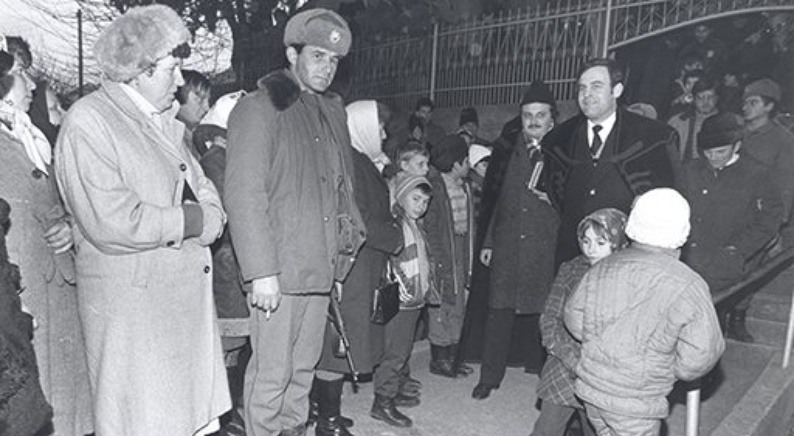 Zoltán remembers this incident as the catalyst to the revolution. He was in his dormitory when his roommates came back with the news that the revolution had started. On the streets of the city the army and the Securitate (the Romanian secret service) were shooting at protesters who were forced to hide in trash cans. The demonstrations and fights continued over the course of the following days. Helicopters circled above the city and residents were afraid that the members of the Securitate occupied them, monitoring the city to make a list of the dissenters. Meanwhile some of the rebels were actually arrested by the Securitate were taken to the police station for the night, where they were interrogated and physically abused by the police.

On the second day soviet armored vehicles surrounded the building of Zoltán’s dormitory. As they heard shooting from outside, they withdrew from the windows and scrambled to the roof. From the top of the building they could see light projectiles shot by the army to illuminate the city. A mass of people gathered together at different parts of the city. One of the central points was the park behind the opera house along the riverbank. Suddenly, the vehicles appeared on the bridge next to the park and started to shoot into the masses. Although many people were killed during the attacks, the revolution persisted the next day - this time, however, without the resistance of the army.

Students were sent home from the dormitory, which is why Zoltán returned to his family in his hometown. Since there was a news black-out on national radio and television channels, information about the revolution in Timișoara was primarily broadcasted by family members, friends and travellers. In terms of foreign news outlets, the events were only reported by international broadcasters such as Radio Free Europe and Voice of America. Regardless, the news spread slowly throughout the country. On December 21st 1989, Ceaușescu was not able to appease the incensed crowd in Bucharest and could hardly escape the next day. City halls were occupied by citizens who started to discard portraits of Ceaușescu as well as all the books, documents and pictures that related in some way to the propaganda of the communist party. Some of these objects were also burned. 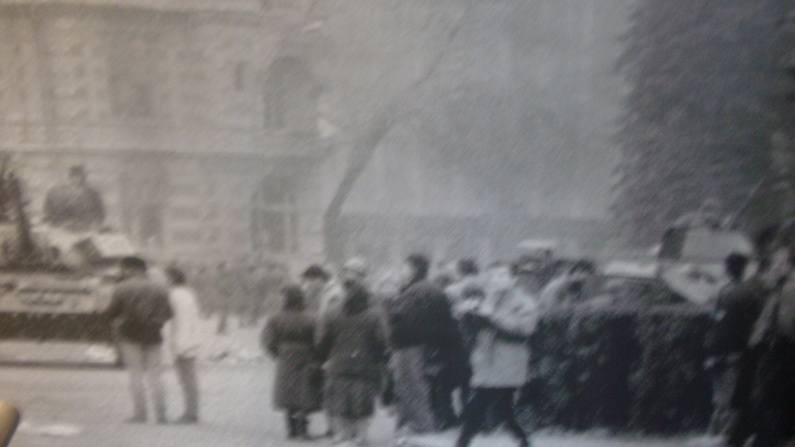 Zoltán remembers how the sense of fear and constant threat and insecurity, which derived in part from the invisible presence and monitoring activity of the Securitate, didn’t immediately disappear with the fall of the regime. At that time, the constant stream of international news, which revealed itself in favour of the opening of the borders, translated into a sense of freedom for him. The incoming information and news shed a new light on his previous life in communist Romania and made him realize that the previous years, which he didn't give a second thought, in fact were part of the well-organized and fully controlled despotism of a cruel dictator.

Money, but nothing to buy

Changes could also be felt in everyday things. The implementation of the heating systems in flats, as well as hot water, which could now be used more than once a week, were part of newly obtained freedoms. The empty shelves of shops were filled up with diverse, new products. During the communist regime there was plenty of money but there were no products; after the end of the communism the situation made a 180 degree turn. Money quickly lost its value because of increasing inflation, while commerce began to thrive. Several small privately run boutiques were opened in cellars or rooms of flats, but most of the enterprises soon went bankrupt. Although the newly emancipated society enjoyed its freedom, it became increasingly obvious that building a new democratic state would take a long time.

People increasingly began to question whether they should stay or leave. Some of them, like Zoltán, decided to take advantage of new mobility opportunities and set off to discover the unknown West. Others preferred to stay in the hopes that the newly achieved freedoms and democracy would sooner or later turn out to be fruitful. Whether they stayed or left is of little importance. The more important thing is that they had options from which they could choose, and they now had the freedom to dream of new futures for themselves that they could pursue.

25 years ago, the Iron Curtain fell. 10 years ago, eight post-Communist states became members of the European Union. But how much do we really know about our neighbours? Contact us at berlin[at]cafebabel.com to join our reporting team.