Roger Woolger: 'it's not psychosis'

The British psychotherapist from Sussex, 63, brings together Jung theory and eastern philosophy in his 'deep memory process'. His theory on reincarnation: our past lives help us resolve our present neuroses

Paris, mid-March. I am in a house dating back to the mid-fourteenth century, in the heart of the Marais, Paris’ Jewish quarter. The kitchen clock tells me it is 4pm. Time for my appointment with Roger Woolger. His usual cup of boiling tea is ready, but I can’t hear anyone coming. So I wait.

It wasn’t too difficult to meet Woolger. I didn’t have to make nuisance calls, nor did I have to take the metro to cross the city. Destiny brought us together a few months ago, when I crossed the threshold of this very house. Roger and I are housemates, and he was definitely not the kind of housemate I was expecting to meet. He is a distinguished, middle-aged English gentleman with red cheeks and a kind manner that reminds me of American eighties television series.

In spite of appearances, Roger Woolger is a Jungian psychotherapist. His work, including four published books, is based on the search for ‘past lives’ which, he believes, influence our present.

Chained and naked in a cage

Woolger, originally from Sussex, studied psychology and the history of religion in Oxford and London. He began his career with a practice at the Zurich Jung Institute and, in time, moved on to combining western psychology with reincarnation. He believes that our lives remember those past, bringing with them yesterday’s traumas. This method, known as Deep Memory Process, helps patients who suffer from unprovoked anxiety, insecurities and some physical disorders to overcome them. Deep Memory Process enables the visualisation of hurts endured in previous lives and re-enacts them as psychodramas. Many patients suffer from phobias, such as fear of abandonment, fear of open spaces, fear of fire, and fear of flight.

‘One day, a woman came to me with a fear of leaving her house. She was so terrified of people that she got home delivery for her shopping,’ Roger begins. ‘It can seem like a psychosis, but in my field, we look for causes within the unconscious in irrational images.’ At the start of every session, Roger talks to help his patients focus on their fear. It is not a real hypnosis, but a sort of regression that enables the visualisation of previous lives. ‘In this case, my patient found out that she had been a black slave. She was in a wooden cage in a market, completely naked and in chains. The scene moved on to a plantation, where she was frequently raped by her employers.’ The real reason of her fear was not crowds of people, but the way they looked at her. Once the origin of their phobia discovered, Dr. Woolger tries to get his patients to acknowledge their new awareness, by making them understand that whatever traumatises them in the present is actually in the past. He then works with them to improve their self-esteem.

Woolger also has to deal with depression, a problem that, according to the European Commission, affects 4.5% of the population on the old continent. He tells me of an English lady who had always suffered from it, without there being any reasons in her present life to justify such depression. ‘Sometimes, to get to the root of their present problems, I need to delve deep into patients’ past and pause on seemingly insignificant details,’ he explains, while fiddling with a teaspoon. ‘I began by getting her to speak about her life, until she told me about when her son left for college. There was no particular emotion in her voice, but I asked her to relive that day, with her eyes closed. The arrival at the station, the luggage on the train, the window down and her son telling her that he will be back for Christmas. And then, she started to cry. What happened? I can sense that I will never see him again, the woman broke down, in tears. I could really search deeper. The train was now full of Jews and bound for concentration camps. Mothers and children are wrenched apart, and she will never see hers again. He dies two weeks later and that pain, having burnt itself into her soul at his death, comes to haunt her in her present life in the form of depression.’

Working with shamans in Latin America 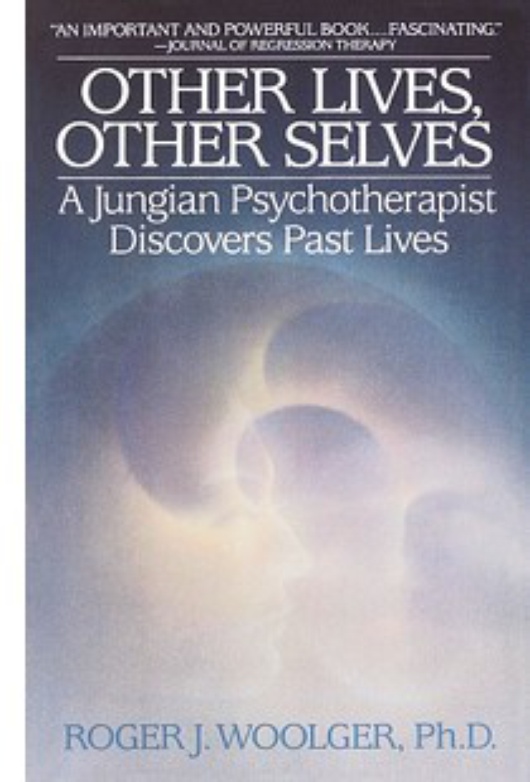 Woolger could keep on talking forever. It is fascinating to follow him through his adventures in the netherworld. But he doesn’t want to convince me of anything. He is a person who deeply believes in what he does, and this really holds my attention. But when ego and self-confidence come head-to-head, he needs more time, without spending more than six months with a same patient.

He has developed his activities in Latin America, where he is the founder and director of the Istituto Para O Psique e as Tradicoes Espirtuais in Salvador, Brazil. When I ask him what story touched him the most, he answers without hesitation. He tells me of a young Brazilian woman who worked as a midwife in a hospital but who, in a bitter twist of fate, had already had two abortions. She had to have an operation on her uterus to remove fibroids. After than, there was little or no chance of her ever becoming pregnant again. ‘With regression, we explored her body. She saw herself, as a young girl, in a tribe where women were sacrificed. They had offered up her uterus. During the session, I called on shamans to help reconstruct the most damaged parts of her uterus. Right after the therapy, she told me she felt better and six months later, she came back to see me to tell me she was expecting.’ So, it works with shamans too? ‘Yes, especially in Latin America. I see them as the psychotherapists of the tribal world, and they are in contact with spirits. Thanks to them, I have learnt to work with people’s aura, our energy field.’

More than an hour has passed. Tomorrow, Roger is off to London and he still has to finish a report. I thank him, but before he disappears behind his door, I want an autograph of his book. He smiles, and does just that. ‘To Elisa: may you have a wonderful life - this time.’