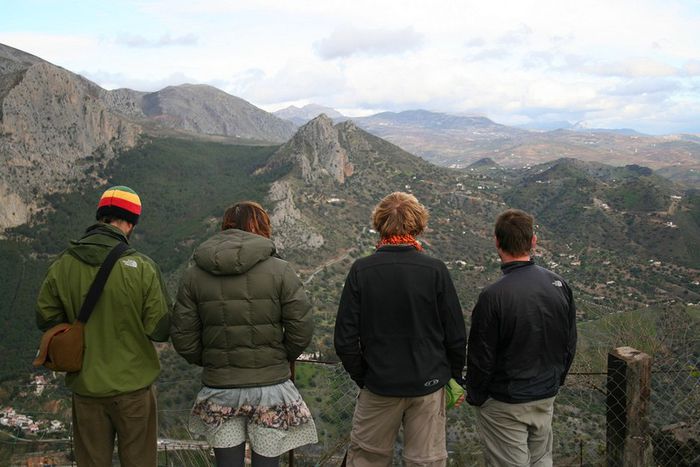 Every winter, rock climbers from across northern Europe arrange to meet in southern Spain to tackle one of this season’s biggest challenges. El Chorro is a limestone gorge hippy haven and small island of green in the Andalusian desert

Rock-climbing is nothing more than a reason to laugh, to sing, to chat, to share. It’s a way of experiencing a different way of life, hidden away at the bottom of Europe, where you are truly free to climb to new heights. Particularly in El Chorro - latitude: 36°49′27.804” North; longitude 4°42′21.816” West. Rows of vans line the sides of the only road into the village, their licence plates bearing witness to the origins of the visitors: Denmark, Germany, England, France... 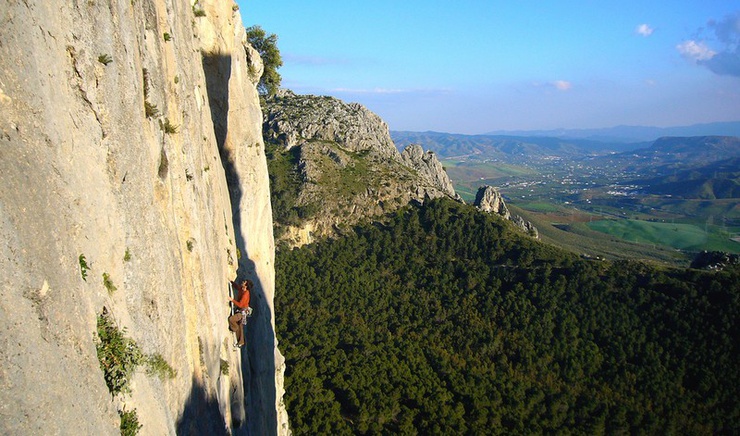 When the evening comes, all eyes turn to one place, which is also the only bar in El Chorro. Upon entering, a parrot welcomes travellers, surrounded by posters showing rock climbing greats, faded and dog-eared. The chorus of voices draws you in, recounting the highs and lows of the day in an international English. A guitarist plays accompanied by the frenzied drumming of the Djembé. In typical flamenco style, everyone joins in, clapping their hands. Cheered on by the audience, the musician’s dreadlocks sway in time to his right hand on the strings. In a corner, Andrés, the bar’s eldest occupant, sports a warm and inviting smile. Through talking to him, a piece of El Chorro’s history is revealed. Sat on a chair, a cane in his hand and two wisps of rosemary in the inside pocket of his shirt, just over his heart, the man recounts his sixty years living in the nearby caves to those who want to listen . 'We even had a television,' he proudly declares, describing in detail his time in the mountains with his flock. Very quickly, discovering the path through the leaning houses on the hill, you understand his life as a shepherd. 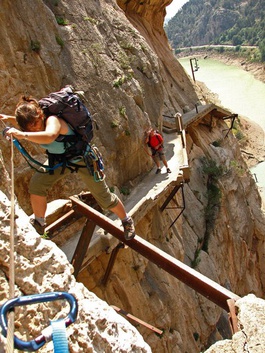 The troglodyte caves were put together gradually by the first visitors over a period of years. Their walls seem to be detached from the rock thanks to the flicker of small mirrors that frame the door. On the terrace, few beers from yester year attest to the short-lived occupation. Some colourful clothes would be left to dry in the sun. Climbers staying for a while would tend to their gardens. At that time, the caves were fully equipped. The stories of 'The Refuge' invited adventurous minds to embark on the via ferrata [a route located across the rock face] where Alfonso XIII came in 1921, giving his name to the route. Feats of prowess, the rattle of muskets sounding would resonate throughout the gorges.

The three kilometre arial journey of the 'caminito del Rey' ('the king's little pathway') was built around the turn of the century, between 1901 and 1905, to allow maintenance of pipes in and around Malaga, a city situated 50 kilometres to the south. Disused since the new hydropower plant, the road was closed in early 2000. Holes dot the bridge, allowing glimpses of the water underneath. Along the way, a tent is nestled in what appears to be a lunar landscape. Suddenly, a thunderous roar and a red and white RENFE train plunges into gorge at lightning speed towards Malaga. At the end of the path, a magnificent view of a green meadow awaits, which the gorges selfishly hide from the village. In the middle is a stone barn. Graffiti tags have replaced all sign of agricultural life. Who lived there? A friend of Andrés? Rock-climbing: a reason to laugh, to sing, to chat, to share.