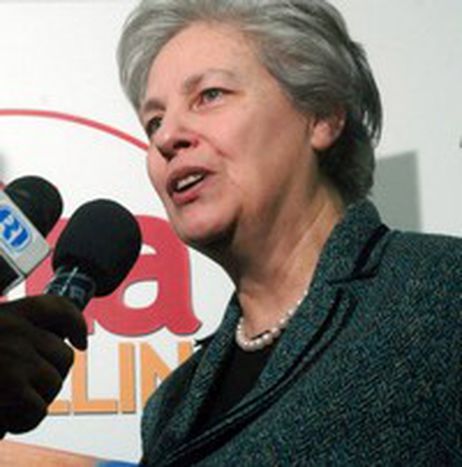 Rita Borsellino: 'The Mafia is no longer a national problem'

The sister of Paolo Borsellino, a well-known judge murdered by the Mafia, explains how the leopard has changed its spots, by turning to international trafficking and overcoming Europe’s borders.

61-year-old Rita Borsellino is one of the most popular figures in the struggle against the Mafia in Sicily. She takes it personally, since a car bomb planted by the Mafia killed her brother Paolo, a prominent anti-Mafia judge, in 1992. Ex vice-president of Libera (“Free”), an organisation that aims to fight the influence of the Mafia culture in young Sicilians, she is today also greatly involved in politics. She is in fact the token candidate of the centre-left in the running for the presidency of the Sicilian region in the upcoming May elections, and polls show that she is in the lead. Cafebabel.com caught up with her.

The Mafia greatly impacted on your life. What does it represent for you today?

Naturally, the first term I think about when defining the Mafia is ‘violence’. That violence affected me deeply. Violence is the first and most tangible sign that the Mafia had its hand in something. It becomes the Mafia’s culture or sub-culture. The Mafia controls the minds, it shapes people’s perception of things, and it controls the conscience and the land, especially in Sicily.

Is the Mafia a social problem or more a political and economic problem?

The Mafia is all of those things. Initially, it is a cultural problem; it is a part of society’s roots and then develops, moving into social, political and economical fields. Infiltration of these fields is not unconnected. They are all integral parts of its existence and survival, which makes the Mafia a very complex group whose reach is extensive.

The Mafia is not a static group. After the massacres of 1992 that scarred the Italian society and deeply shook public opinion, the Mafia mutated once more, changing its rapport with the land and developing new ways to control it. The Mafia has tried to be forgotten. In part, I must admit that it has succeeded. We have not spoken of it much in the past few years, be it in the media or in public opinion. It has also changed its strategy. It is no longer a Mafia that kills, and therefore does not make the front pages, but it controls every detail of the economy.

The Mafia is no longer a local or national problem. Has it become a European problem, bearing in mind that Europe is potentially the playground for different types of Mafia?

I completely agree. The Mafia is no longer an Italian problem. It has definitely become a European issue. I would say even a worldwide or international issue. In the last few years, they have changed their trafficking and their routes, their contacts, their financial and commercial links. To symbolise the extent of the change, we no longer speak of 'the Mafia' today, but of 'mafias'. Europe is a level at which we can and must act against the problem of the mafias. However, it is important to remember that the Mafia is an international, worldwide phenomenon, that Europe is not its only area of activity.

You therefore maintain that the European Union could be important to bring about the downfall of the mafias.

I believe that Europe must, above all, pay much more attention to the mafias and must unlock more resources to fight it. Europe should act on more levels, from the more general to the more specific, because we have witnessed the development of many local mafias, such as the Albanian Mafia, which then ultimately go on to create international networks. The action against these groups should be repressive but also, above all, preventative. The links between member states, between police forces and crime fighting organisations of each nation, are essential in fighting international mafia networks.

The role the European Union can exercise is fundamental and absolutely necessary. Its role should be that of checking and controlling, in order to create collaboration and connections that would ensure the development of a concerted and efficient effort.