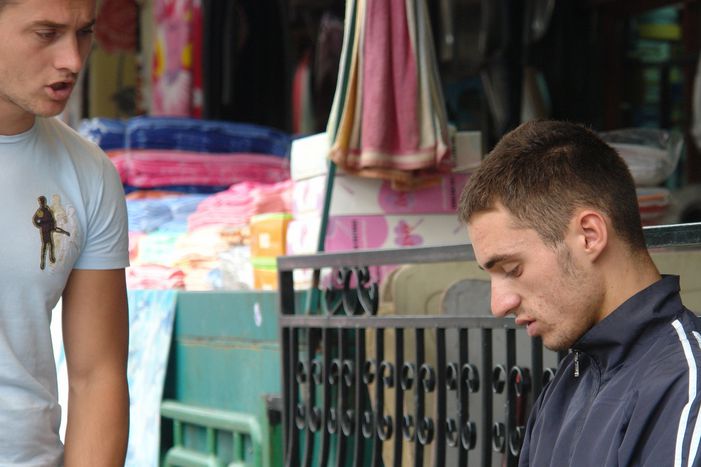 Riots, reactions in Montenegro and Macedonia after recognising Kosovo

Whilst over 400, 000 Albanians celebrated openly in Macedonia, Montenegros’ 15, 000 were silent after the former Yugoslav states recognised their neighbour. Unilateral independence was declared eight months ago

On 9 October, Montenegro and Macedonia added fuel to the engine – and the fire - when they became the 49th and 50th states to recognise Kosovo, which declared unilateral independence on 17 February. Bosnia and Herzegovina may follow soon; perhaps even Romania and Greece, two of the five EU member states yet to recognise the former Serb province. But there are mixed feelings all around. Macedonian citizens are afraid of this new situation, cut by the fresh memory of the Kosovo war in 2001 which also became a Macedonian war.

Montenegro is on the verge of internal crisis

Meanwhile Montenegro is on the verge of internal crisis. Opposition politicians prepared for protests they claimed would be peaceful, but 34 people were injured in a riot on 13 October, as Serbs showed their anger. Andrija Mandic, leader of the Serbian people’s party, said that ‘it is time for people to get out on the streets. Montenegro has never been dishonoured like this. Ever since our first statehood (which ended in 1918), we have never caused any problems to our brothers. This decision is not legal, it does not have the support of the majority, and we will use any means to fight it.’ 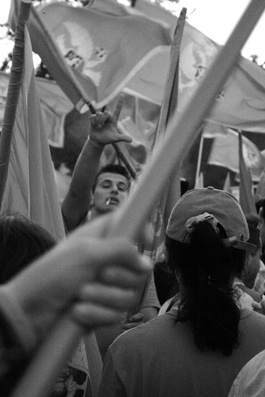 Two years after independence from Serbia, Montenegro is in a position which nobody would have believed in May 2006, when the referendum on separation from the state was held. Created as a federal country after the second world war, the two have strong cultural, economic and historic ties, and nearly half of the population still consider Serbia to be the same state. Thus the October recognition of Kosovo is seen as a ‘stab in the back’ to Serbia. That is even the picture in one Kosovar newspaper, which caused additional anger in Podgorica, the capital of a tiny Adriatic state of only 650, 000 citizens. According to the vox populi, Montenegro should never have recognised Kosovo. Polls show that 85% did not support the decision and that the large Serbian community felt outraged.

The decision to start relations with Kosovo came only one day after the Montenegran representative supported Serbia in a UN request to the International Court of Justice at the Hague, which is legally evaluating the decision for the independence of Kosovo. ‘We just had to do it,’ said foreign affairs minister Milan Rocen, after a government session giving a hand to the Albanians. ‘Serbia will understand. This is not pointed against them. It will make our integration to the EU and NATO faster. Otherwise, it could cause us some problems,’ said Rocen. 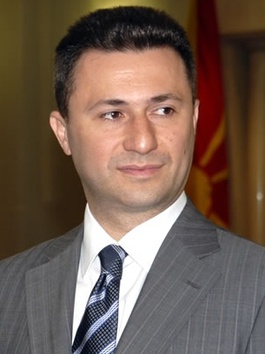 The whole recognition process started when Albanian parliamentaries gave a resolution for Kosovo. ‘I understand that this could cause negative emotions in some citizens,’ empathised the conservative prime minister Nikola Gruevski on 11 October. ‘We are working against ourselves,’ complains one citizen. ‘Who will guarantee that if we accept the unilateral independence of Kosovo, this will not happen with the western part of Macedonia, where the majority of Albanians live?’

It was a move that Macedonia’s Albanian population were expecting. A small section of Macedonians too are accepting the new reality. ‘An independent Kosovo is the only way to secure stability and peace in the region. If Kosovo is the price, then we need to pay it.’ Other Macedonians are still asking: how much needs to be paid? Do we need to lose all our friends and destroy all good relations with our neighbours to keep the internal peace? How will we feel if somebody somehow wants to take a part of Macedona? It happened to our neighbour.

Montengrin university law professor Djordije Blazic says that the government decision was ‘against the constitution and international law.’ That makes little impact in reality. Even the EU is now willing to let go of its first point. ‘Before the application for EU candidate status,  Montenegro needs to improve administrative capacities, fight corruption, eliminate links between high politics and crime, control the Russian investments that are flooding the country and create the independent judiciary,’ demanded officials in Brussels. Now, they just seem ready to receive the application from Montenegro before the end of the year.

Where it will go from here, nobody knows. Kosovo was the subject of major riots in 1989. The current Montenegran leadership came to power in a regime supported from Belgrade. Few now believe that it could come down to the same. Few even know that the western part of Kosovo, known as Metohija, was a Montenegran territory from 1918 until 1941. One picture remains, however, the car full of demonstrators with flag of Serbia, droving into the sun, disappearing from the sight. ‘Kosovo will always be Serbia,’ resounds their echo in the distance.