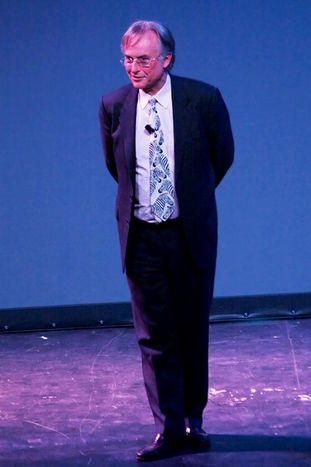 Richard Dawkins: 'There is something illogical about the fear of death'

Evolutionary biologist, famous atheist and a pure Darwinian. In September 2008, the 68-year-old's website was banned by a Turkish court for his rejection of evolution. Four questions to ...

Born in Nairobi, Richard Dawkins is a former professor for the public understanding of science at Oxford University. He argued that the 'selfish gene' (in the same-titled book, 1976) was the basic engine of evolutionary development. The book became one of the most influential scientific texts of modern times. In his 2006 book The God Delusion, he argues that a supernatural creator almost certainly does not exist. Religious faith is a delusion, a fixed false belief. As of November 2007, the English language version had sold more than 1.5 million copies and it has been translated into 31 other languages.

Dawkins is well known for his contempt for religious extremism, from Christian fundamentalism to Islamic terrorism

Dawkins is well known for his contempt for religious extremism, from Christian fundamentalism to Islamic terrorism. He has also argued with liberal believers, religious scientists, biologists and theologians. Dawkins' arguments aroused great controversy, especially in the English speaking world and have been the subject of debate and argument in the press, the television and many learned debates. Inevitably and perhaps disappointingly, given much of the discussion hinges on scientific rationalism versus belief without evidence, it has tended to become stultified and repetitious.

The comfort of a dying soldier, the succour for a grieving mother or belief in the after-life of a widower - is it still possible to see the utility of certain psychological aspects in some religious beliefs or customs?

I do see a psychological value, if it does have a real value. I would not wish to be the person who destroys that person’s psychological succour. I would not compromise with my public speaking out in the public forum and writing. But if I was visiting someone who was recently bereaved, I might dissemble somewhat in what I said, but would not do so when writing a newspaper article. It is also disputable whether it is that comforting, given that people are brought up to fear hell for example. They might actually be comforted by the lack of religion, depending on their upbringing. Although many of us fear death, I think there is something illogical about it.

Does religion also provide a useful social mechanism irrespective of people’s beliefs by reinforcing social discipline and using the power of religious sin to reinforce the adherence to manmade laws? 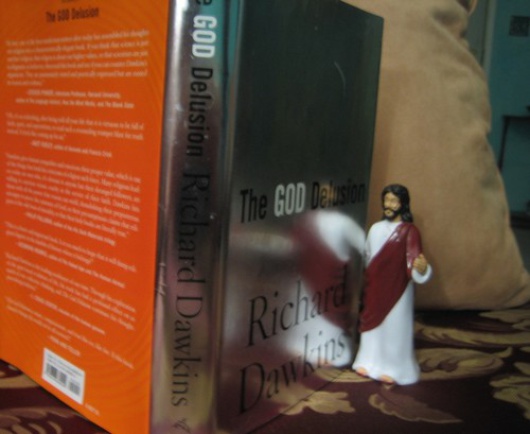 The religious ‘carrot or stick’ argument for being good - i.e. god will punish you, or reward you - is an ignoble reason for being good. A moral philosopher could write down a better set of reasons for being good. Being cynical, one could say, people need the carrot and the stick to be good. In The God Delusion I was recounted an anecdote by (Canadian-American psychologist) Steven Pinker who witnessed the Canadian Montreal police strike in 1969.

With the Steven Pinker example you say it's not the existence of God that maintains public behavior, but man’s own developed set of rules and laws. And if God were abolished?

It would be like a police strike. People would go on a rampage of immorality. It makes me wonder how sincere many of these rioters were; I suspect many would say they were religious. It looks like the real flesh and blood police acted as a real deterrent. I find that impressive. As a Darwinian I think many of us do have a built-in morality, just like we have sexual desire built into us, from our Darwinian past. We do feel a sense of justice, fairness, empathy and sympathy for people in trouble or suffering.

Why do many great scientists, well versed in the ‘scientific method’, still find it possible to maintain their religious beliefs?

I am not sure that this is true today. For me the great watershed would have come with Darwin. I am utterly unmoved by the fact that Newton was religious.One might expect anyone living before Darwin  to be religious.

If you find a great scientist who is religious, ask if he actually believes in a supernatural intelligence that listens to your prayers and reads your thoughts and forgives your sins

Today, if you find a great scientist who is religious, cross-question him and ask if he actually believes in a supernatural intelligence that listens to your prayers and reads your thoughts and forgives your sins. Or whether he is like Einstein, who believed in using quasi religious language to express his feelings for his reverence for the wonders and mysteries of the universe.