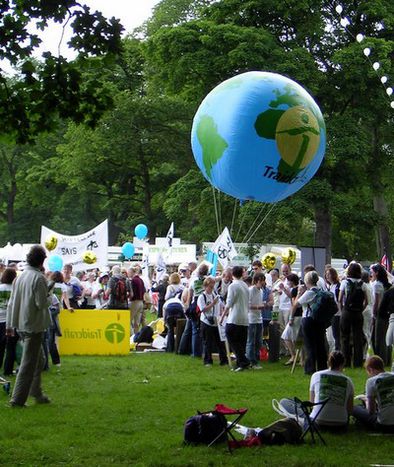 The Fairtrade movement has come a long way since its humble beginnings, when two students began importing fruit and vegetables from India. As Fairtrade Fortnight sees over 10, 000 events held across the UK, we speak to one of its founding fathers

In 2006,  British daily The Independent named Richard Adam one of the top fifty people actively ‘making the world a better place,' and with Traidcraft 'invented the idea that shopping can be ethical.’ The UK’s fairtrade foundation reports that over 7.5 million people in 59 developing countries benefit from fairtrade. The value of UK fairtrade sales reached nearly £500 million in 2007; one in four bananas sold in the UK are now certified. For consumers, ‘the mark is a shorthand for saying ‘trust me’, says the 62-year-old when we meet at the European economic and social committee in Brussels. 'That’s what people want, because they know its complex.’

From university to Indian imports

Originally intending to become a clergyman, an essay competition on ‘how to feed the world’ while studying at Durham university diverted Adams’ focus to international development. ‘A friend and I wrote it together – we didn’t win – but we got quite interested in the topic. The obvious solution was to enable farmers who are producing stuff and getting very poor prices for it in their own countries, to sell it at a better price in the developed world, not ripped off by all the middlemen. We split the tasks: my colleague Mike did a PhD in agricultural economics. I did the business bit, attracting industry to the north of England. After four years, we started a business importing fruit and vegetables from India.’

Thanks to the cheap air freight available at the time – ‘You could freight stuff from India for a few pence per kilo’ – they imported about ten tonnes of produce a week, which they delivered to wholesale markets around London. When oil prices shot up, importing fresh produce was no longer viable. However Tearcraft, the first ethical trading company, had switched to handicrafts such as cotton, jute and wood products. This was an even better alternative, since unlike foodstuffs, they were largely produced by women. 'They were perfect in giving women a job, often based from home, and the status of an income earner.’ 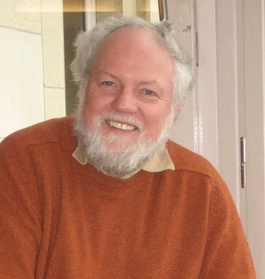 Yet the early fairtrade movement was much more politically motivated. ‘The focus now is on poverty and helping people, not changing the system. That doesn’t mean it doesn’t have the capacity to lobby and campaign. But to be as successful as it has been, it’s had to downplay some of the radical roots it started with.’ One of its very strengths is ‘the breadth of the movement, its accessibility.’ That said, it is important there remains a certain element ‘concerned with looking at what really keeps people poor, the trading system itself.’

Yes, fairtrade mark made it into the mainstream - companies long regarded as less than responsive to issues of social responsibility, such as Nestlé, use it.  'Good for them!' Adams laughs. 'They’re taking a great risk by exposing their customers to the concept – they may ask, well, if this product is fairtrade why isn’t everything else?' He’s not overly concerned about the mark’s credibility. 'Nestlé's fairtrade mark was seen as a superficial attempt to improve their image. But the risk of that actually happening, or of people being taken in by that, is worth the potential benefit of the mark being endorsed by a major company like that.'

Fairtrade is not without its critics: for example, that it keeps farmers trapped in an unsustainable trade instead of encouraging them to diversify.  'Some UK supermarkets get fairtrade bananas from smallhold producers on the Windward Islands,' Adams mulls. 'This is never going to be able to compete with South American mainland production.' Fair trade subsidies should be phased out and alternatives sought; 'but the crunch is that fairtrade has no way of doing that.' Helping people diversify is a considerable task over a long period of time, requiring input into infrastructure, education and training. 'All we can do is provide a market to keep producers going until some other alternative comes up.' 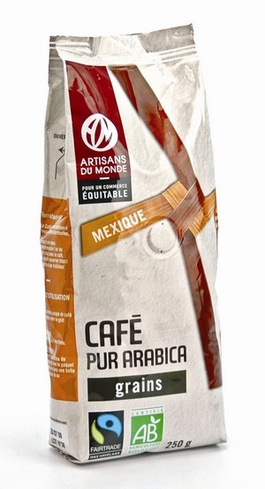 With the current economic crisis, what about fair trade's responsibility? 'This situation is essentially our fault: we’ve over-consumed and we’ve overvalued things. The movement needs to be integrated with a new approach to what sustainable economy is. Part of sustainable development is sustainable consumerism.' And what of the potential conflict of interest with the green agenda - should plantations, where entire landscapes have been re-engineered, meet fairtrade criteria? 'You have to accept that there will be anomalies and problems that you have to work through. In the end, there will be extremes where you say we are not going to grow and export products with a particularly high carbon footprint.'

Young people looking to launch a new business idea need a lot of enthusiasm, Adams advises. 'But you have to somehow match it with a degree of expertise and experience,' gained as in his case by working for someone else first. 'You have to get the experience in such a way that it doesn’t dampen your enthusiasm,' he adds; after all, he managed to combine both.