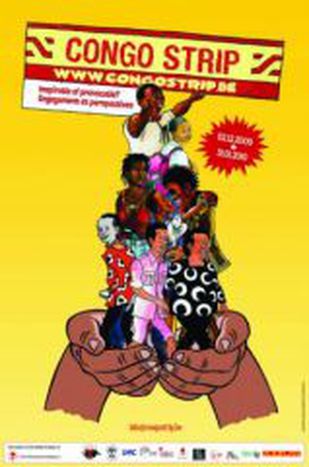 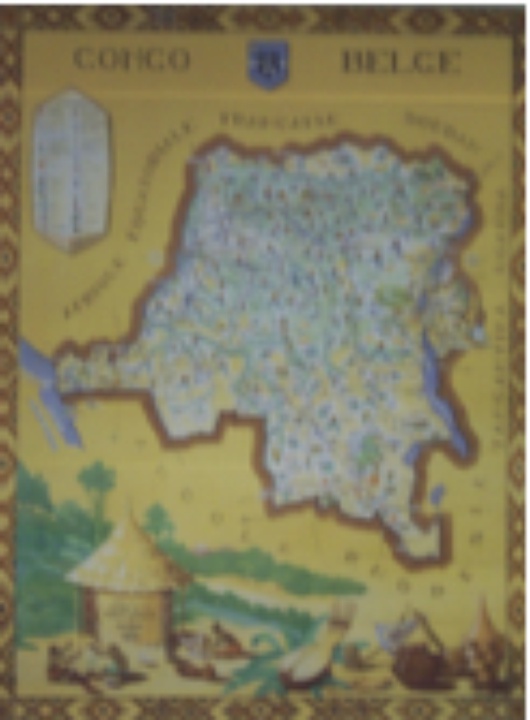 The Congolese comic book took shape through several social evolutions and was first developed under Belgian colonization in 1945. The Belgian occupiers felt an educational obligation towards the native population. Soon they understood the importance of propaganda trough comic books in an oral culture such as Congo. The missionaries used this channel to spread their Christian beliefs, less than their Western ideology.Film was another popular channel to convert the local inhabitants. 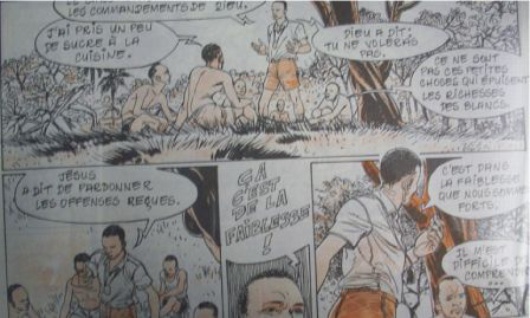 Religious propaganda during the colonization

The Flemish missionary Albert Van Haelst created the soon to be most popular Congolese personages ‘’ inspired of the comic duo ‘Laurel and Hardy’. ’ were created to spread the Christian values and during the 1980s Mombo Sisé made a comic about those two. 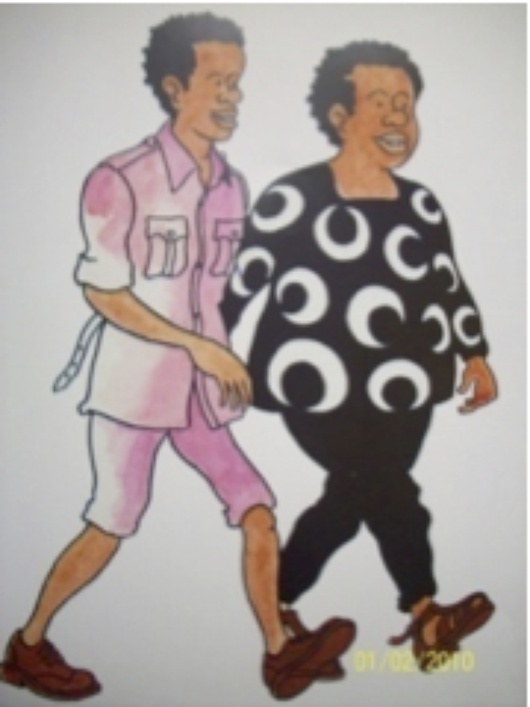 After the declaration of independence of Congo in 1960 the creation of the publishing house ‘’ soon meant an important turnaround in the comic history of Congo. Founding father Achille Flor Ngoye turned those childlike comic books into a powerful mouth-piece for the Congolese people. Through comic books the authors would revolt against the religious propaganda the people had to endure during the colonization. The main theme switched to the popular cultural heritage. Under the reign of Mobutu those cartoons were censored, as the publishing house meant to provoke the government and put their reign in question. Still, many authors continued writing.

is one of the first Congolese cartoonist who got international recognition. His influence is still tactile. He's the author of . I  recommend it to the fans of the Belgian comic book ‘’. himself said: ‘’ 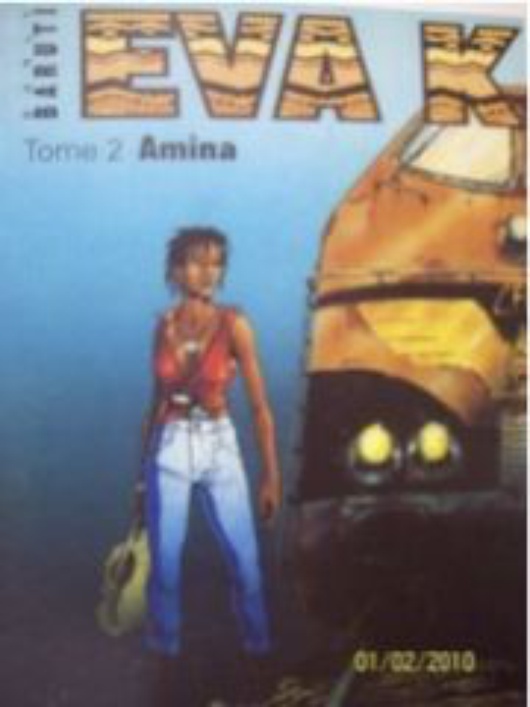 ‘Jeunes pour jeunes’ had a lot of authors and different series, such as ‘’ and ‘’ all of them you can discover at the exhibition. Especially as of 1965 cartoonists aimed their stories at the youth. Another important change concerns the language. Whereas comic books used to be published only in Lingala, the language spoken in and around Kinsasha, ‘Jeunes pour jeunes’ introduced copies in French, the official language at school, and Hindoubil, the jargon of the children in cities like Kinshasa.

Terrible politic and economic circumstances in the 1980s caused massive emigration of African artists to Europe. Through contact with European scenarists the careers of Congolese comic authors took another turn, which got them international acknowledgment and some success. From then on the authors were more engaged towards society, especially towards the educational system. Take for example the author Alain Kojélé, who wishes to motivate young African girls to go to school with his collection called ‘’. 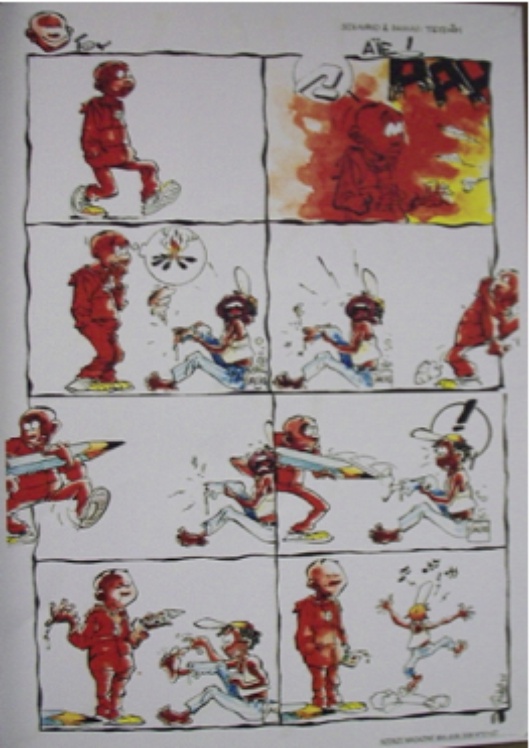 With the globalization awareness towards Europe grew. This is noticeable in several books such as the work of cartoonist , considered as the most remarkable nouvel vague cartoonist of Congo. As I saw his drawings I immediately thought of the Belgian cartoon ‘’. Not only are they both an one-page story, I particularly like their humoristic nonchalance.

As The Democratic Republic of Congo is still an on oral tradition based culture, movies and comic books are very popular. Their cartoons have a magical, exotic tone for the Belgian reader, which can be enlightening. It’s also interesting to be introduced to the Congolese society trough an entertained channel.

The exhibition will run until the 12 february at the AMVB in the Arduinkaai 28 in Brussels. It’s open every weekday from 10h till 17h.