Revenge of the Hidden People. A Journey to the Superstitious North - Part 2

Welcome ashore! Following our first port of call in Iceland, we’re stopping over in the little Kingdom of Denmark. An abundance of superstition, fairy tales and mystique can be found here as well. Right then, let’s get going!

She's sitting on a stone behind Copenhagen's old Kastellet Citadel, looking sorrowfully out towards the sea. Hans Christian Andersen — the man whom Clara Schumann once described as the "ugliest man ever" — is the creator of the tragic tale about that little beauty from the sea. The Little Mermaid comes ashore to obtain a human soul through the love of a prince. With the help of magic, she grows legs in place 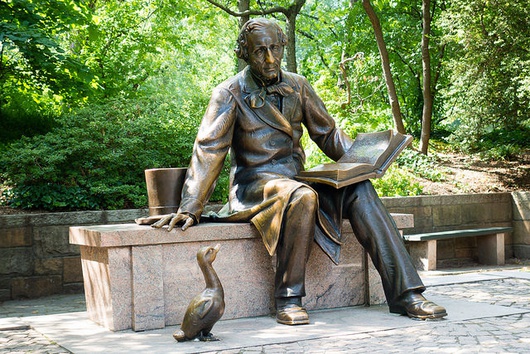 of her fish's tail. And so she begins to mix amongst people to seduce the prince. Unfortunately, she's not particularly successful, as magic usually has one flaw. In her case, she loses her voice, which makes all flirting practically impossible. In the end, the king’s son marries another woman, and the Little Mermaid throws herself back into the sea in despair and transforms into soft sea foam, swimming away on the waves.

Please do feed the Huldufólk...It's for architectural reasons!

Let’s leave the capital for now and set sail further south towards the idyllic island of Bornholm. Reigning supreme over the island is Hammershus Slot, an imposing fortress which is supposed to have encountered some difficulties during construction. You’re not completely mistaken if you’re now thinking back to our first chapter. You see, the people of Bornholm know their own Huldufólk (“hidden people”) who occasionally creep into the world of men. Parts of Hammershus Wall were being built by day and disappearing by night. The islanders desperately needed to come up with something to be able to finish the construction in time. They decided to send out a stud of horses to ride across the island and to finally erect the Wall at the beasts’ first point of rest. Horses are also familiar to the hidden people of Bornholm, whose king is known by 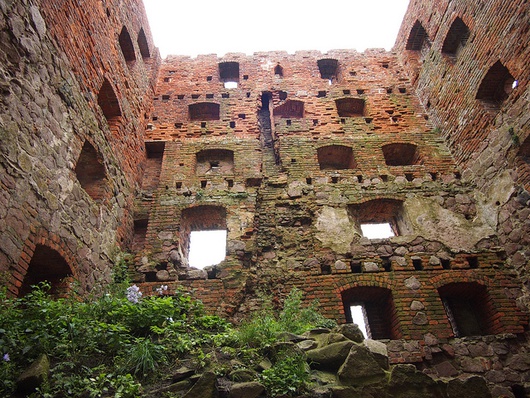 the name of Ellestingeren. This eccentric ruler – the proud owner of a three-legged horse – brought superstition to Bornholm. That’s why Bornholm farmers always throw the last fork-load of their oat harvest back onto the field for him. Should anyone ever neglect this offering out of greed or by scattering it, Ellestingeren will most certainly cause misfortune and crop failures to descend upon the island.

Whatever you do, for heaven’s sake, don’t move a muscle!

There it is: Egeskov Castle on the island of Funen. The magnificent walls rise proud and mighty from the far-reaching moat. An oak-lined avenue draws you closer to the estate which to this day is in the possession of the Danish Ahlfeld-Laurvig-Bille family. This castle attracts thousands of tourists every year, and yet it may disappear at any moment…When you walk through the castle, you’re strolling through the ages that the Danish island has lived through. 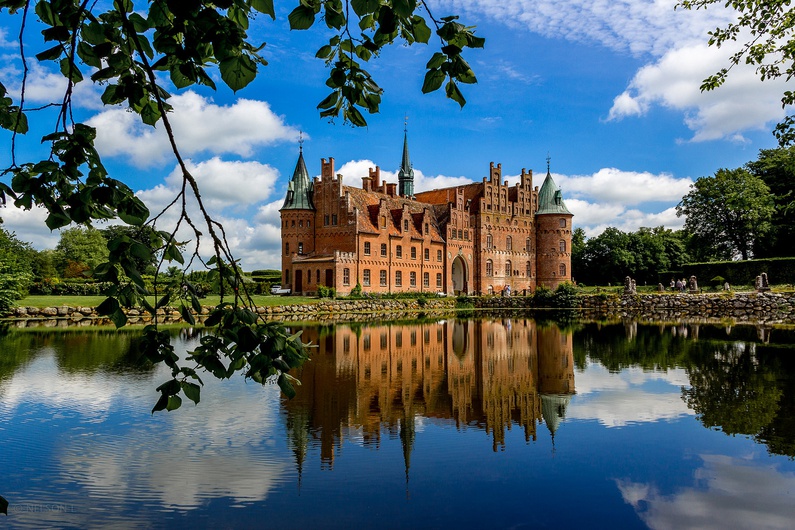 You eventually come out at a narrow and crooked attic which doesn’t actually seem to be anything in particular, but then you stop dead in your tracks…There’s something there! There’s someone there! Light falls sparsely through a skylight onto a timber structure with many beams. And, as a matter of fact, there is someone in the middle of it. You can make out a small wooden man on an ancient cushion. His arms and legs have fallen victim to the march of time, just like his nose. It’s strange, but this figure gives off such a unique aura that you respectfully keep your distance. If you’re lucky and bump into Count Michael Ahlefeldt in the castle, he’ll certainly like to tell you the story of the træmanden. Nobody knows where he comes from or who laid him on the cushion and timber. One rumour has prevailed, though: If somebody moves him from his place of honour, Egeskov Castle will sink into its moat on the next Christmas Eve. More superstition? In any case, it was enough for the Count’s ancestors to never spend the holiday season at the castle. 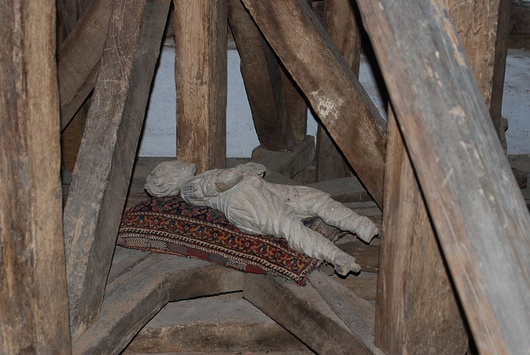 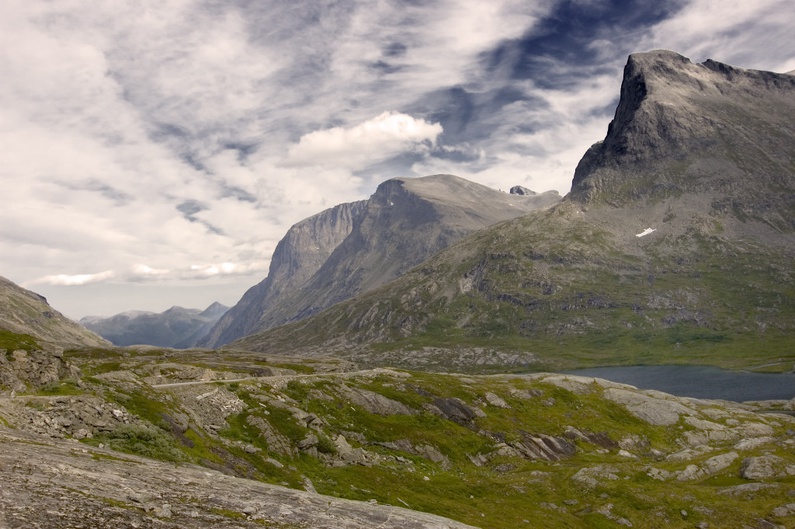