Retention Centers for Foreigners: Move along, we're locking you up! (3/3)

As a new legal project on asylum is being prepared for presentation at the National Assembly, a return to a key element of European migratory politics: confinement camps for foreigners.

What are some alternatives to the detention of migrants?

IDC presents different models for overseeing the return of migrants to their countries of origin sans confinement. To convince the States of the alternatives’ validity, IDC highlights that their strategies are less expensive and just as effective as the confinement camps.

IDC therefore fails to challenge the paradigm that illegal migrants face no options other than expulsion to their countries of origin.

Opening the doors of confinement camps

According to Migreurop, 600,000 people are detained each year in Europe.

The campaign Open Access Now, launched in 2011 by Migreurop and European Alternatives, aims to close all foreigner confinement camps within and outside Europe. These groups also demand unconditional access to spaces of confinement for civil society and the media.

In most EU countries, access to the camps for journalists and associations is effectively limited. It is often difficult to speak with detainees. Only parliamentarians have the right to visit, and certain French deputies and senators don’t hesitate to make “surprise” trips to the camps. 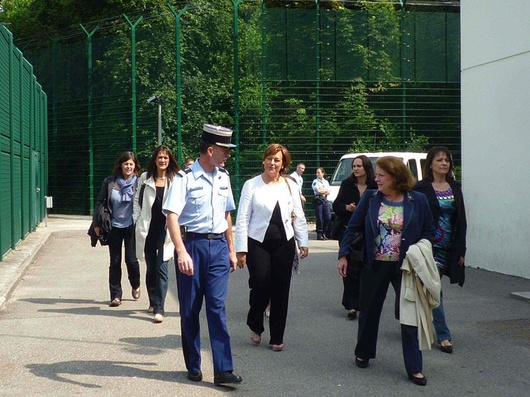 One of the tools created within Migreurop’s Open Access Now campaign is the interactive map Close the Camps. It lists the different camps and provides information on their locations. It also allows viewers to visualize and comprehend the consequences of the evolution of these systems on the lives and rights of migrants.

What if we changed our tune? What if we stopped sending people back home, to their misery, to their wars? No one dares to think too far ahead because the extreme right has implanted, with success, the idea of an invasion if we open our borders. Even the left succumbed to the sirens of oversimplification in 1989, when Michel Rocard declared that “we cannot welcome all the world’s misery.” That is all well and good, except that only 3% of Earth’s populations have migrated within a country different than their own and South-North migrations are actually in the minority; most migrants and refugees are displaced to a bordering country.

The Berlin Wall fell 25 years ago. No one at that time could have imagine that Europe’s interior frontiers would one day be so easy to cross for European citizens. So, why is it so difficult to think Europe could do the same with other continents in a few decades?

This article is the last in a series of three articles dedicated to confinement centers for foreigners. Find the first and second articles here and here.