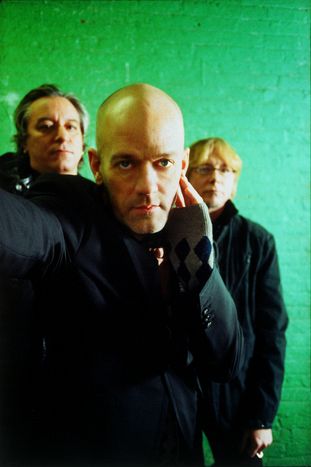 The American rock group are as old as the most sprightliest of us here at cafebabel.com HQ in Paris. They formed in Athens (Georgia!) in 1980 and announced their split on 22 September. Here’s a video ode to some of our favourite songs for today’s soundtrack

I was eight when this song came out in England, and I didn’t understand who the REM of that single were in comparison to their darker ballads, released alongside Everybody Hurts for example. It always seems to have been by a different band. Looking back, I wonder why for me this band was only ‘Michael Stipe’ (the other three members were Bill Berry, Peter Buck and Mike Mills)

Losing My Religion (1992), France and Germany

That's me in the corner, that´s me in the spot-light, losing my religion. Unfortunately, when I was a teenager, German radio stations played REM way too many times, so the group somehow became old school. I remember playing this song in my music classes at school when we had to pick a song and learn it by heart, present and sing it in front of the class

Both of the above songs from Out Of Time were famous in Spain, but this song from their eight album Automatic For The People is one of my favourites. REM (pronounced ‘Rrem’ in Spanish) were able to change their style and adapt themselves to new times and audiences. When they started, they were really alternative, a bit punk, but their super hits are really pop, nothing to do with their beginning. It´s good they´ve taken the decision; U2 have worn down for quite a few years now. Anyway, REM’s greatest achievement in my country specifically was that they managed to get people to sing in English and without inventing the lyrics!

Finally they split up! Since their 2001 album Reveal, they just did boring things. They were old men trying to feel young, and they were never able to change their music. This song is amazing because of the video, but my favourite song sticks with the nineties, like the other editors, and is the first one on this list