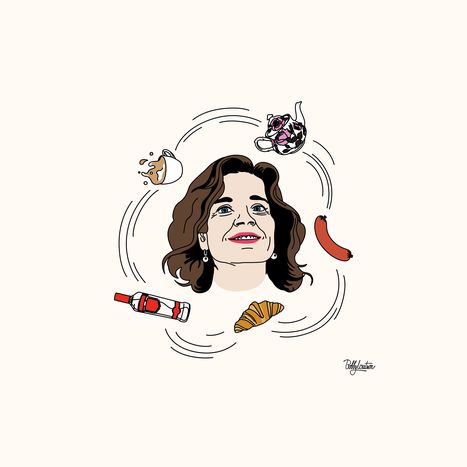 Ana Botella - mayor of Madrid and wife to former prime minister Jose Maria Aznar - has gone down in history for an over-enthusiastic speech she made in heavily accented English when pleading the Spanish capital’s case to be the next olympic city in 2020 (an honour which ultimately went to Tokyo). Are the Spaniards so relaxed that they’re lying down?

It’s three times unlucky – the romance between Madrid and the olympic committee is clearly just a pipe dream. The defeat has left a trail of media victims blazing. They are martyrs to an international conspiracy against the Spanish capital which eventually went in favour of the victors of the competition, Tokyo. Ana Botella – whose name translates to ‘Ana Bottle’ in English, Spaniards will jokingly point out - has emerged far from unscathed in the backlash, especially in the fires of the internet. Whilst the illustrious mayor of Madrid’s biggest contribution to Spanish politics has largely been limited to the virtue of her being the wife of a former prime minister, she has actually dominated public opinion from a political platform, and all that quite by accident.

Let’s leave the rich Mediterannean tones of Señora Botella's accent to the side. Let’s also give her pedagogic inclinations, as it were, a miss. We’re trying to go easy on her speech here, since it was almost as if she were speaking to a classroon of half-starved children rather than an official voting committee. What was going through her speechwriter’s head when they included the particularly unappetising sentence: ‘Come to the Plaza Mayor for a ‘relaxing’ cup of café con leche’?

Perhaps the deeper meaning of this phrase will remain lost in the mind of its writer. We’d rather venture that the intention was rather to illustrate the paradigm of relaxation and wellbeing that is oh so ‘made in Spain’. As the famous mayor says herself, ‘No-one celebrates life like Spanish people do’. I guess a cup of coffee is more international than more gastronomical identifiers such as a bocadillo de calamares a la romana (a seafood sandwich which is a typically Madrilian dish), or a cup o' chocolate con churros.

In any case, Ana Botella's cherry-picked words fast became a trending topic. And how Madrid is FUN!

This supreme summary of Spanish habits and lust for life could translate to other linguistic and cultural expressions in Europe. If Ana Botella was a skin-changer and could come back to life as the current French socialist mayor, Bertrand Delanoë, she would probably have cried: 'Come to Paris dressed in Breton stripes for a relaxing baguette to be consumed carefully in front of a mime artist!' ('Il n'y a rien de mieux que de croquer dans une baguette, en marinière, devant un mime').

It’s quite appropriate that Botella is married to Jose Maria Aznar, the politician who allied himself with George Bush and Tony Blair to fight the war on terror. His American and British counterparts of the day actually have shared what she would no less refer to as a 'tasty bag of fish and chips' in the Dun Cow Inn in Sedgefield, northern England. Hmm, representative. Lucky that we Brits already had our olympic games in 2012, because with that poster child, we'd never have had a chance.

Ana Botella's name becomes 'Pani Butelka' in Polish, where she would probably pop into the bistro Zakaski i Przekaski for a meat jelly and a double shot of vodka (Skoczyć na lornetę z meduzą w Zakąskach) in Warsaw. An Italian Signora Bottiglia would advise on your taking a croissant or cornetto e cappuccino in Piazza Navona near the Pantheon in Rome, whilst a German Frau Flasche would recommend ein currywurst am Alexanderplatz in Berlin. In any case Madrid won’t see the glory of the olympic games any time soon. We hope it had nothing to do with Botella’s speech.