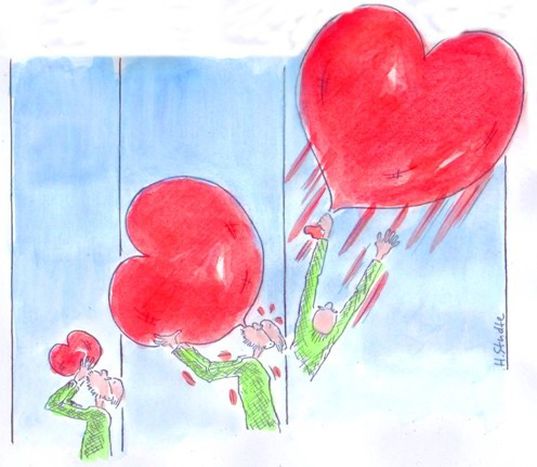 Love is considered to be the most wonderful thing in the world. Yet every European expresses it differently. French men lancent des fleurs – throw flowers – and shower compliments on a lady to win her heart. Should they try this with a German dame, she might respond with a curt Vielen Dank für die Blumen! – Thank you for the flowers!

Backpacking around Europe, Cupid’s movements are rather unpredictable. In Germany, love passes through the guts - Liebe geht durch den Magen but steps through the kitchen door in Spain - El amor entra por la cocina. In Britain where the cooking does not quite meet European standards, love has some rather alarming symptoms. Once hit by Cupid’s arrow, the misty-eyed British couple mop and dote on another. Love’s remedy is harsh enough, and exile liberating, though absence makes the heart grow fonder.

And if you do suffer from unpleasant side-effects, seek your doctor’s advice. He’ll give you some kind advice – as the Russians say, don’t worry there’s a top for every pot – – .

Translated from In Sachen Liebe...