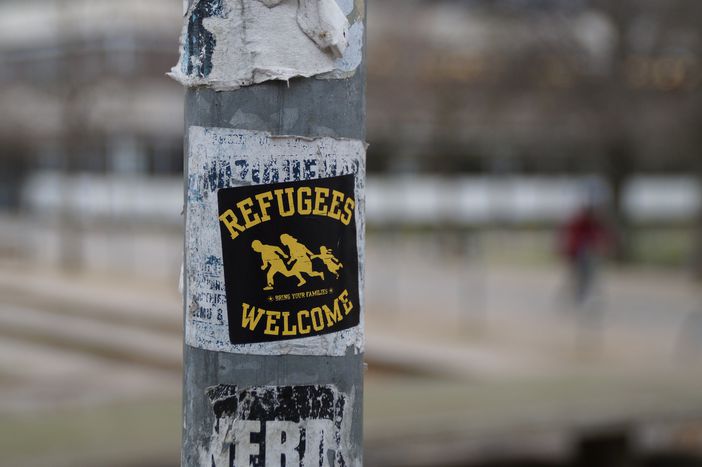 Refugees welcome? - The psychology of stranger

Reading hate posts and comments on social media is one thing you should NOT do under any circumstancies. I did. And seeing how people I knew, people I called friends were talking about refugees in a brutally dehumanazing manner shocked me. Then, my defense mechanisms kicked in, and I coped with this inner tension in my very own way: getting disconected from it by analyzing the situation.

Why are we scared?

People have a tendency to dislike those who are drastically different from them. We can be really selective of whom we interact with. We tend to gravitate to those, who have opinion, socio-economical background, level of intelligence, religious beliefs and political views much like ours. People we most like to spend our time with, the friends and partners we choose, are even likely to be genetically simular to us.

It seems like we are programmed to create a little group for ourselves, and the main organizing principles in building this network of social relationships are basically our own features.

In the past, the ancient men lived in a group of 100-200 people and it was crutial in our development. Human beings evolved to survive in groups by cooperating with the people they live with, people from other groups however could mean a potential threat. They colud have carried parasites and bacterias which could have been different from those that were already present in the group. Therefore, an out-group individual meant a real danger and could even be deadly for the members of the group.

The rules and norms varied between groups, so the arrival of a stranger could impose a threat for the whole system. Evolutionary psychologists suggest that this is where our fear from the unknown and our rejection of deviancy came from. Deviancy itself is a social construction and it always depends on the norms of a certain community.

Apperently, we kept our habit of monitoring poeple in such way that they might threaten us. Surrounding ourself with the ones that are similar to us still feels like a safer choice. But we know that safe choices are not always the best and curiosity is also a main part of our nature. While our brain is evolutionary primed for specific threats, it also make us feel the urge to explore everything.

Why are we sympathetic?

It is not hard to see why our reaction to refugees is so ambivalent. On one hand, as out-group people, they can easily trigger automatic defensive responses. On the other hand, we want to know more about them and when we realise that they are actually relatable, another basic social function gets activated in us: empathy. In our brain, tiny mirror neurons are responsible for mimicking the motions and the emotions we see. We are able to basically synchronize our brain activity to the other persons, only by observing them. The fact that we have such a fine capablity of understanding peoples feeling in both cognitive and affective levels shows how much our existance is based on social interactions.

Where “Us and Them” comes from?

The same fundamental mechanisms work in every one of us, yet the outcome of them can be different, due to other factors.

The state of our identity is one of the main things that determine how we react to the unknown. People with well-developed identity tend to feel less vulnerable, therefore they are more open to new things. In those cases where the identity could not grow to be a coherent system of integrated functions, the person usually becomes defensive, in some cases even agressive, about everything they consider as a part of their essence. To compensate their inner instablelity, they become more easily influenced by radical and dogmatic ideas.

In a way, bigger systems, communities, countries, work in a simular manner as individuals do. Countries with instable economy and less proporly developed collective national identity will be less tolerant compared to those with a better situation. In these countries, the rise of the far-right agenda is more common, while facing the refugee flee. We can observe a strong and polarizing us vs. them narrative in these societies which leaves little to no space for the realization that refugees are pretty much people, just like us.

Moral of the story? Well, I am not sure if it would make sense to talk about people in the terms of good and evil. Here is a better approach: as human beings, we have a great potential for both pro - and antisocial behavior. Basic instincts have great controll over us, and we are way more sensitive and reactive for threat than for reward in general. However, our so-called moral choices are often based on the hard effort we make to control our feelings and thoughts. It is our responsibility to monitor and analyze our own prejudgements, because denying or supressing them will not make a change, only the consious shaping of our attitude will.