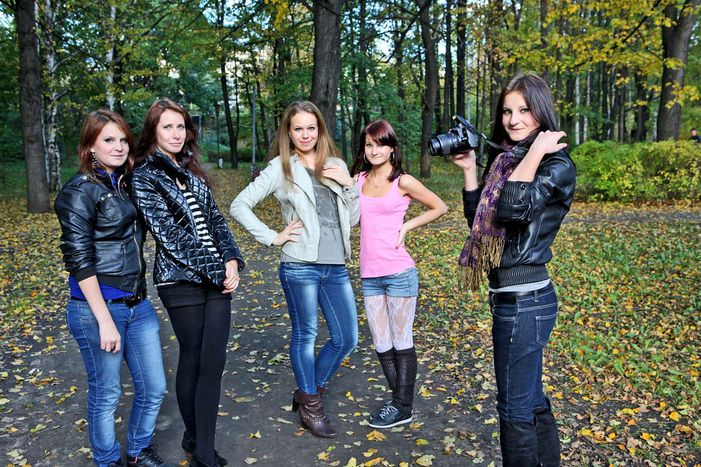 On 27 November Vladimir Vladimirovich Putin officially became a presidential candidate for 2012 elections in Russia. Whilst official surveys praise Papa Putin for what he has done for the country, where do the living conditions of young Russians count in the statistics?

During the eight years of Vladimir Putin’s presidency (2000-2008), Russia's GDP grew at an average pace of 7%, driving the country out of the crisis which the collapse of the soviet union caused. One (or Putin’s PR folks) might be tempted to say that the economy has finally started to develop at full speed. Young Russians will soon stop thinking about moving abroad. Unhappily this is not the case. Even though a number of reforms have been supposedly conducted to facilitate the life of young Russians, they still have a hard time imagining a bright future. Meanwhile the Russian population is steadily decreasing. Apparently, the growth of the Russian economy does not go hand in hand with an increase of the lust for life. Young Russians are struggling to survive and get a decent education, let alone raising children.

‘The main problem is the corruption and the habit of relying on connections,’ says Tatyana, a 22-year-old journalist. ‘The pathology has spread to the education sector. The system was reformed six years ago; today to get into university candidates need to take part in a recruitment process which is often rigged. For example, entrance exams often come riddled with mistakes.' Can you get into a good university in Russia if you do not pay a hefty bribe first? The odyssey does not end here. Getting a diploma does not guarantee that you won’t struggle for material survival later on. ‘I know well what it means to search for a job in Russia,’ admits Tatyana. ‘I finished my studies a couple of months ago. I am still hoping to be lucky. I don’t want to fall in love with an older boss, if you know what I mean.’

Over the fifteen years since the collapse of the soviet union, the Russian Federation has been losing 750, 000 to 800, 000 inhabitants per year, around 6% less since the mid-nineties. Russia is still recording high levels of premature deaths and a low birth rate. The extinction of the Russian nation has not been halted by a number of reforms revolving around the family. One law offered 365698 rubles (around 9, 000 euros) to families who decided to have a second child. The problem is that in Russia you cannot do much for this amount of money. ‘The Russian authorities have established a law that prevents the parents from accessing that money directly,’ says Tatyana. ‘The entire sum of the state aid should go for the child’s higher education, apartment or mother’s pension. That’s why this law is a huge misunderstanding, since in Russia you can maybe buy a public toilet at most for 9, 000 euros’.

Another graduate of Moscow university, who prefers to remain anonymous, admits that the life of young Russians is ‘bad, really bad’. She is unable to expand on this, overwhelmed by the number of issues she would need to comment on. The entire socio-political system in place in Russia is evidently fodder for more than one lengthy discussion. Yet the Russians have finally started to express their discontent louder and louder. They openly discuss the fact that the state revenues generated by the politics of Putin are actually not remaining in the treasury. It has been filling the pockets of the so-called ‘siloviki’ or the old apparatchiks who are still in power even after the collapse of the communist system, who have never even admitted the idea that as civil servants they could actually re-invest the money pro public bono. No wonder that those young Russians who are part of the establishment class won’t ever complain about their living conditions.

Instead of hosting pro-reformist ideals which could encourage the country’s modernisation, the kremlin is loyal to the eighteenth century philosophy of Marie Antoinette, who suggested that the hungry nation should eat cake in case of bread shortages. Although the ‘father of the nation’ himself has admitted that the ‘Russian system is not perfect’, he remains confident about a potential victory in the 2012 elections. How long will Russians have to wait for better lives? ‘I am sure that he will win,’ concludes Tatyana. ‘Our opposition is basically inexistent. If no radical change takes place, he will be pulling the strings for the next twenty years. We, young Russians, are waiting for a revolution (in 20 - 30 years) that will turn the whole system upside down. Our history has shown that such turning points in Russia are always bloody.’