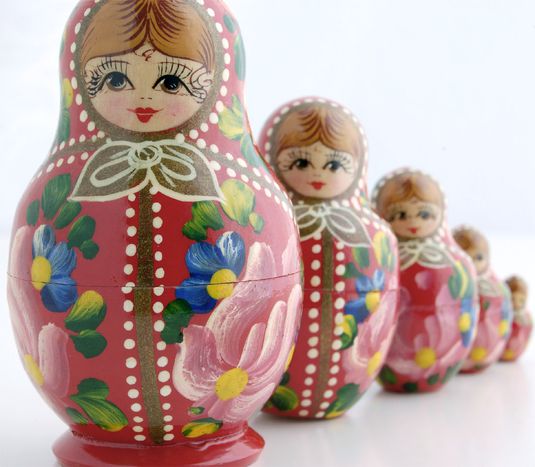 The 9th of May is the day of victory in the Second World War for Russia. For Lithuania, as well as for other Baltic countries, this date means something totally different. That is the beginning of the occupation. Occupation, which itself is a negative action, because the nation loses its sovereignty, the opportunity to rule its country, while it is taken by the government of other state.

We perfectly know about the widely spread myth of the Great War propagated by Russia. However the truth is that at that date one regime just changed the other. Talking about liberation is not only false, but would mean the disrespect for our parents and grand parents who suffered the Russian occupation.

Nationalists, who are trying to deny this absurd myth gathered near the Russian embassy and demanded that Moscow would recognize the crimes by the communist regime and would compensate this damage. Not only in Estonia, but also in Lithuania, the reaction to the victory day, which is celebrated in Russia, was cruel. This time it was expressed with the vandal act on the Green Bridge. The statues which are standing there and praising the soviet times were splashed with the red paint. The poster with the words “communist whore” and red swastikas was hanged on them. Finally the imitation of the bomb was left there, so the traffic through the bridge had to be closed down temporarily.

Such incident only proves that the past is not forgotten. Fascism and communism are not history described in the school books, but also have the potential to break in to our days. Obviously, that was the crime. However for me, as the conscious citizen it raises more questions. Why 18 years after regaining the independence these statues are still standing in the centre of Vilnius? Are they still there only because the lack of money? Did someone tried to please somebody? Usually, after the revolution or a war the images or symbols which gave a sense to a regime, are ruined on purpose to build the future of the state on new foundations. After all, these statues reflected the dominating ideology in the Soviet Union.The ideology, as the standardized system, intended to manipulate the mindset and actions of people. After declaring the independence other sculptures were taken down and brought to the storehouses. So why these statues left untouched ? The communist ideology is not propagated in Lithuania anymore, so they should not be exhibited, especially in the centre of the capital.

Maybe, one just tried to avoid the turmoil, which took place in Estonia in 2007, when the statue of Soviet soldier was taken down? If so, does this position mean that the easiest way was chosen? It leads us to other difficult topics, as the question of the compensation of the damage to the Baltic countries brought by Soviet Union.

What are Lithuanian diplomats doing in the negotiations on the compensation of this damage ? The minister of Foreign affairs Petras Vaitiekūnas urged on the constuctive negotiation instead of ultimatums and legal intruments already in 2007. Also, he prompted Russia not to be identified with USSR, although it took all the rights and responsibilities of fallen empire. By then such tactics brough many doubts among the members of Lithuanian Parliament. Now they are trying to raise the question of compensation of the damage in international forums, looking for the attention of European states and going for higher flexibility of Russia when tackling this question.

As a result, the leaders of diplomatic bodies of four EU countries gathered in Lithuanian capital. Vilnius made a decision. The government withdrew its veto from the negotiations of Brussels and Moscow on EU-Russia cooperation agreement. It means that EU can start the negotiations with Russia. In this case Lithuania reached a settlement with some EU countries, that energy, the cases of 13th of January, and Medininkai, the compensation of the damage for individuals, who were deported from Baltic countries, and also solving frozen conflicts in Georgia and Moldova would be included into mandate. Maybe such decision and chosen strategy would move these questions and finally the negotiation will start.

However, these negotiations are not easy. Only Russia getting conscious and its growing ability to evaluate the past would make an impulse to the solving of these difficult questions possible.