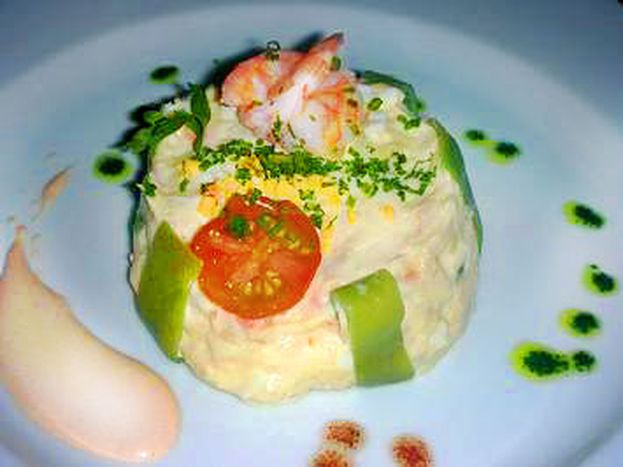 Recipe: the Russian salad which is French

Easy to make, this dish is one of the most distinctive flavours of summer, served in bars or at home. Turns out it’s actually French; so what’s with the Russian moniker?

Once upon a time, back in 1864 in fact, there was a French chef, Monsieur Olivier, who worked for the Russian Tsar. It was he who invented this handy little dish that can be prepared in the blink of an eye, although the original recipe, a jealously guarded secret known only to the chef himself, mixed mouthwatering mouthfuls like caviar, truffles and other juicy titbits in with the greens. The salad was given two names: ‘Olivier’, in honour of its creator, and ‘Imperial’ in honour of the Russian Empire.

In those days, many Russian aristos visited Paris, and would order dishes from their homeland, including the salade Olivier or Imperiale. Thus this hors d’ouvre became all the rage in the Paris of La Belle Époque, and thence it arrived in Spain, England and Italy. The common Spanish recipe has none of the aristocratic delights but it keeps the vegetables and tuna, all dressed in mayonnaise. The most curious thing is that in Russia there is a version of the Salade Olivier that is actually more popular...but that’s called American salad!

When Franco’s dictatorship held power in Spain (1936-1976), the repression, as has been well documented, was terrible. In addition to many restrictions of liberties and prohibitions, even food was censored . Around that time, the Russian Salad was very popular in Spain, but the fascists could not tolerant its name: in that one adjective ‘Russian’ you had the devil incarnate – on a plate . So it had to be renamed National Salad.

The actual recipe may have been lost, but the current version maintains its basis of vegetables and mayonnaise. You can add your own ingredients to suit your own tastes – there is even a vegan version (a strictly vegetarian diet) in which the mayo is replaced with vegannaise, (with soya milk substituting the eggs)

Here’s our recipe for you to try:

Boil the eggs in a pan with plenty of water

When they have cooled, peel the potatoes and shell the eggs, keeping one egg back for the garnish

Season with salt and pepper

Break the tuna into small chunks and add it, along with the peas, to the bowl

3) Add the mayonnaise and mix everything until well coated

Turn out onto a large plate or dish

Garnish with thin strips of pimiento and lettuce, and the olives and finely chopped egg