The recent years has made us almost numb to seeing politicians around the globe in their seemingly ceaseless efforts to address the lingering economic crisis which is ready to encircle ever more countries. Intergovernmental agreements are being worked out and then, finally, met.

Banks and financial structures are saved and the ATMs still work, but, for the large majority, the amounts that can be drawn there are ever diminishing. Several films during this year’s Berlinale are giving a stage, both fictional and documentary, to the affected individuals, whose situations are often disastrous.

Notwithstanding the global character of the economic crisis, it is still astonishing to see how any two films can be so similar both in the issues they address and the narrative mechanisms they use. The Daughter (Greece, Italy 2013) tells a story of a 14 years old Myrto that resorts to extreme tactics in order to return her father who disappears following the financial problems and unpayable debt that his business faces. The 280 cinema seats during the press screening were fought over. Such an unusual interest of the German press in a Greek film from the quite experimental festival section Forum can be easily explained in the context of the discourse of debt and repay, that has been haunting the relationship between the two countries for over a year now. A story that circles the topical concepts of laziness and laboriousness, of responsibility and retribution, of guilt and innocence was given an extraordinary cinematic form. However, the oversaturation with Christian sacrificial symbolism and the rough thriller-like suspense will probably not make it everybody’s cup of tea. 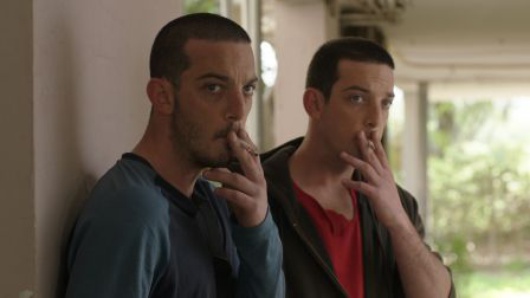 Financial trouble also hovers over the Israeli middle class family in Youth (Israel, Germany 2012). The aging father loses his job, is unable to find a new one and is gradually vanishing into depression. His sons, twin brothers – a fresh army recruit and a high school pupil, – secretly scheme to fight the menace of losing the family’s apartment where they share a room covered with posters of action films. In this film too, we see that typical reversal – a victim, when cornered, is readily turns into a villain. And the retribution of injustice, as it is often the case, leads to even more injustice and draws even more innocent people into the circle of violence.

The shared economic problems are so sincere that they may sometimes seem unsolvable. However, the youth, whose future are at stake primarily, will often be the first one to defy that pessimistic realism of the adults. Of course, both sides can be suspected of disavowal. While the older generation tends to dismiss the possibility of radical or systemic changes, the youths are inclined to defy reasonable, slow and moderate solutions. While adults take refuge in pessimism, the youngsters will sometimes be ready to take the matters into their own hands and, often simplifying both the problem and the solution, battle the dangerously torpid desperation by adopting equally dangerous methods.