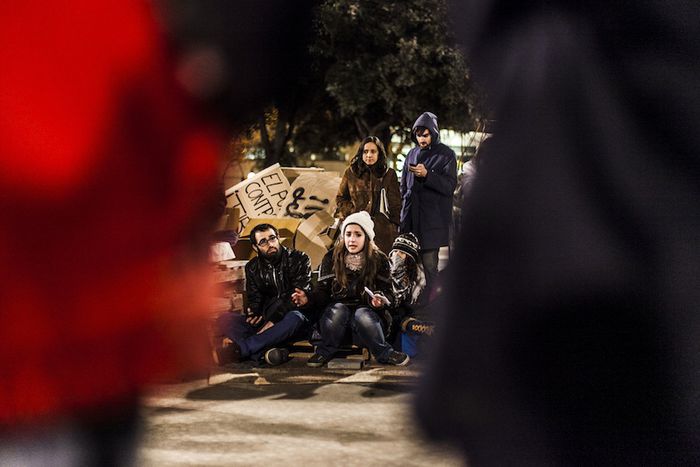 It was El Pais which came out with the scoop on 31 January: the Spanish national newspaper published ledgers showing alleged secret payments to members of the governing conservative 'popular party' (PP), including the prime minister since November 2011, Mariano Rajoy. The scandal is nicknamed after the party's former treasurer, Luis Barcenas, who wrote the documents. In a public statement in Berlin on 3 February, where he was meeting chancellor Angela Merkel, Rajoy claimed that the allegations about a slush fund were false 'except for a few bits' and that he earned more money when he worked as a property and land registrar. Over one million people signed a petition at Change.org calling for his resignation, members of a society which has been suffering from strict austerity measures. Images courtesy of the Barcelona-based collective © GroundPress