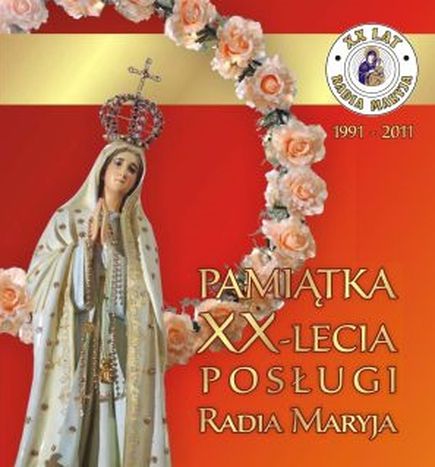 Poland’s most popular radio station doesn’t just offer information about the bible, but also the world – by portraying the enemy as Jews, foreigners and the European union. The church and the government seem to be powerless against the ‘voice of God’

He certainly knows how to stir up emotions: 'Ever since the holocaust was put on the school curriculum everyone sees Auschwitz as a concentration camp and not as a normal labour camp,' says Dariusz Ratajezak by way of opening the discussion. He is met with calls of outrage. The one-time convicted historian continues, 'As long as a catholic state such as Poland continues to be represented by ministers, the majority of which are Jews who stink of onions, then Poland will never be truly Polish.' The eminent people taking part in the discussion agree. You can hear the sounds of jubilation from people listening in on the telephones. Such tirades of anti-semitism can be heard live across the country. Radio Maryja, the 'catholic voice in your home', broadcasts via short-wave and satellite and boasts an estimated four to six million regular listeners nationally.

For more than ten years now, the ultra-religious radio station belonging to the Redemptorist father Tadeusz Rydzyk, whose headquarters are in the northern Polish provincial town of Torun, has been offering its believers a round-the-clock mix of prayers, hymns and political manipulation. Under the cover of catholicism, the self-proclaimed bastion for the true Poland has called for a boycott of the referendum on EU membership and another time it suggested that those MPs in favour of liberalising the abortion laws should have their heads shaved, in the same way as nazi collaborators during the war. 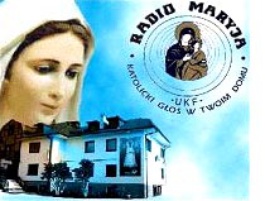 Thanks to the huge amount of donations that he has received – donations which otherwise would have gone to the catholic church - father Rydzyk has been able to build up his own little empire. In 2002 alone he is reputed to have received donations totalling 16 million zlotys (3.4 million euros). Along with 47 catholic regional stations, he controls the daily newspaper Nasz Dziennik ('Our Daily') with a circulation of 250, 000 copies, and three foundations as well as a college for society and media studies in Torun, complete with its own journalism institute.

With five to six million followers who carry out all kinds of projects for the station, Rodzina Radio Maryja (the Family of Radio Maria) makes up a distinctive kind of movement. From a very young age followers are trained in its children and youth section. The spiritual leader with his two mobile phones under his habit is so revered by his followers that critics have likened the Family of Radio Maria movement to a sect. Busloads of religious groups come from all over Poland to the modern broadcasting centre at Torun in order to pray with ‘father director’ in the station’s own chapel. It’s difficult to measure the extent of Radio Maryja’s influence on Polish society. In any case, the political influence of the station cannot be underestimated. In the last local elections the parties supported by the

station, the league of Polish families and samoobrona (‘self defence’), together gained 33% of the votes, more than the ruling prime minister’s socialists.

In Poland there are no legal restrictions on the media to stop right-wing hate campaigns, as there are no laws against public hate campaigns and xenophobia. Forty years of communist censorship has left the new EU member state, as with most of the eastern European countries, without a media code since the events of 1989.

After false accusations of tax evasion and the dispute with the conference of Polish bishops, which actually left Radio Maryja in a strengthened position, nobody has dared to publicly object to the station, even if president Kwasniewski has had to face some rather unpleasant questions when he’s been abroad. In fact, the contrary is true: since last year, after a protest by conservative MPs, the station has enjoyed a status similar to that of a state-owned radio station and is partly financed by taxpayers’ money. Since the beginning of the year, Radio Maryja has also held a television license. So, the offshoot TV Trwam (roughly translated as ‘I will stick to my views’) will soon be broadcasting missionary-style programmes on anti-semitism and xenophobia. Indeed, a sad prospect for a democratic country on which its European neighbours had placed so much hope.