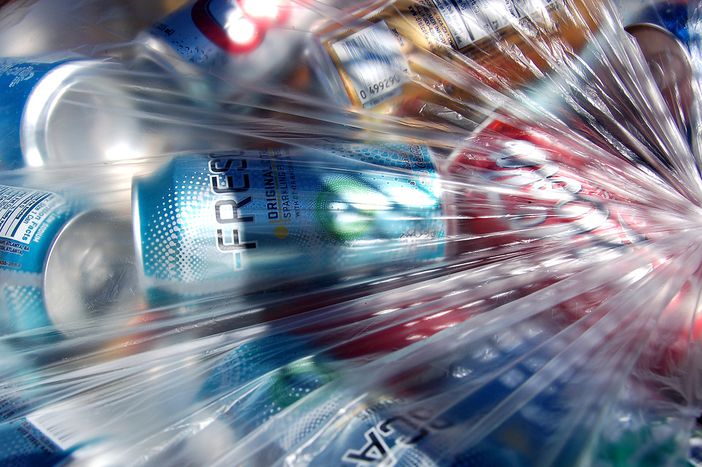 Question of the week: so what do you do with your rubbish?

What do you do with your rubbish? Do you care what happens once it leaves your house? Should this be an important issue for politicians? That’s this week’s theme on Europa plus. One young Brit tells us what she thinks

'I must admit to having a slightly obsessive relationship with my rubbish. Even the way I phrase that says a lot about our attitudes to waste and what we do with it: I apologise for the fact that I feel compelled to sort out every last bit of recyclable material into the relevant bins and to admonish those who do not.

Why should I apologise for this? Although I think that attitudes in the UK are far better than they are in America, I still get angry when I see masses of recyclable items stuffed into overflowing landfill-destined bins every day.

Admittedly it is easier just to throw everything into one bin. The fact that the council-organised recycling schemes differ from street to street here does make recycling more difficult than it needs to be. Still, how much effort does it really take to separate your rubbish, particularly considering the very small amount of landfill space left?

Perhaps the worst aspect is that it would surely be relatively simple for the government to make recycling facilities compulsory in all businesses, schools and institutions. I have worked in both the public and private sector and in both it was basically impossible to recycle because the facilities were not there. It was deemed more 'efficient' for everything to go into one big bin that could be emptied at the end of the day. The instigation of a recycling bin for waste paper was quashed on the grounds that 'we only have space for one bin and people could fall over another one'. Having some kind of legislation enforcing recycling facilities would force narrow-sighted managers into doing things that are perfectly possible but which they simply cannot be bothered to do.

However I feel even more strongly about the amount of stuff (for want of a better word) that reaches us to be thrown away. The amount of disposable plastics that are used once and then thrown away (such as coat hangers in the retail industry) is absolutely disgusting.

I am aware that there are a lot of economic problems taking up politicians' time at present. However if we do not look after the world in which we live, what point is there in preserving the way in which we live in it? This should be a far more important issue than it appears to be at present.

I think that attitudes are changing, which can only be a good thing. Nevertheless, there is so much further to go.'