Putting Turkey in Her Place

The debate is raging: should Turkey be refused entry to the European Union or not? Those asking this question are doing so for all the wrong reasons. 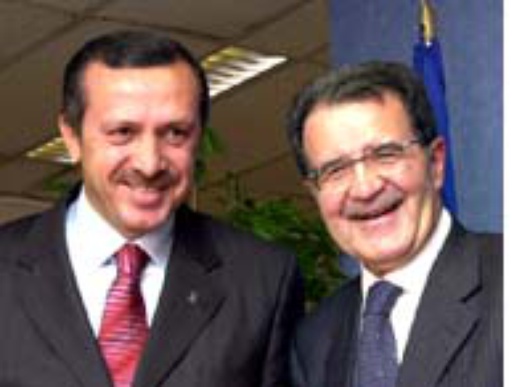 “The new Eastern question” or just a bit of a Turkey? Some parties or politicians –in France the UMP led by Alain Juppé; in Germany, Christian Democrat supporters of Edmund Stoiber- have thrown a spanner in the European works by making public their opposition to Turkish membership of the Union. The phenomenon has made its mark on the political landscape, forcing politicians to adopt an official position on the issue, while other electoral priorities are occasionally pushed to one side.

The Turkish question has at least three points in its favour. First, it hides, for the time being at least, the emptiness of national political leaders’ and their parties’ contribution to the debate on Europe. While they are fussing over Turkey, they can avoid more controversial topics such as the slump in economic growth, the unresolved issue of the Constitution, and the future of the Union.

It provides - at last - the opportunity for a transnational debate: all across the continent, people visibly shudder at the thought of allowing the Turks to reach the gates of Brussels. It is tempting to see this as a positive development: at least the Europeans are coming together to discuss who should be allowed to cross the threshold of the EU.

It also poses fundamental questions about the nature of the European political project and its future. Contemplating Turkey’s accession means reconsidering the concept of a Union whose borders could stretch as far as Iraq. It means thinking about the geostrategic dimension of European integration: with one foot in Asia, the EU could safeguard its access to the energy resources of the Caspian sea and the Persian Gulf. It means inventing new forms of co-operation to promote democracy, economic prosperity and the stability of European markets. It means developing a dialogue between cultures capable, in this age of fanaticism, of providing an alternative to ideology. It poses the question of how to govern and make democratic a polity whose population, if it included Bulgaria, Rumania and Turkey, would amount to more than 550 million citizens.

These questions are too vast to be resolved either in this issue of café babel or by Turkey’s detractors. Our aim is to go beyond polemic by providing a forum for debate.

The Turkish accession process is not a recent phenomenon, nor is the end yet in sight. Turkey signed an association agreement with the European Community in 1964, an implicit membership application which preceded a formal request to join the EC in 1987. The Helsinki summit in December 1999 indicated that Turkey was “an applicant for accession on the basis of the same criteria applied to the other applicant countries”. The Copenhagen criteria, established in 1993, specify that each applicant must meet certain political and economic benchmarks (on the one hand, democracy, a state of law, respect of human rights and protection of minorities, and on the other a viable market economy capable of holding its own within the EU).

Turkey’s ability to meet these criteria will be assessed in a report by the Commission, which will be presented in November. If the Commission’s verdict is positive, accession talks could be opened. This process is identical to the one used for the countries which entered the EU on May 1st. It is generally understood that these negotiations could last several years (possibly between five to ten years) before Turkey actually enters the EU.

Turkish accession is thus a ‘locked-in’ process, impervious to the European leaders’ political U-turns. On the one hand, this is regrettable: once again an important landmark in the construction of Europe has been decided behind the backs of the most interested party, i.e. European citizens. This is one point of view, at least, that we can share with the Eurosceptics. On the other hand, it is something to be welcomed: on the sole basis of her capacity to reform in order to fulfil certain objective criteria, Turkey will at last obtain a response to a question that has repeatedly met with European delaying tactics. Have the reforms undertaken in order to fulfil the Copenhagen criteria been successful? It is these reforms which merit closer examination at present, and they will provide the focus of this issue of café babel.

It is tempting to add a further, more political, criterion to the ones already mentioned. Membership of the EU represents more than the signing of a treaty or the joining of a single market. Because the construction of Europe is a voluntary political process, joining the EU also involves espousing a political project based on common values and driven by a shared vision of the future.

It will be difficult for Turkey to tell us whether she shares that vision, not because she is undecided, but because even we Europeans are unsure as to what exactly the political project we can put forward is. Because maybe the question is not ‘can Turkey join the Union?’, but rather ‘which political vision is Turkey going to adopt?’. Can those who place Turkey at the heart of the electoral debate provide answers to these questions? No. So they prefer to stick to a mistaken agenda and inapposite arguments. They are mistaken in doing so because Turkey is not ready - the Turks themselves acknowledge this fact - and she will not be joining within at least the next ten years. They are mistaken because their arguments - geographic, historical, cultural and religious - are characterised by a spirit of introspection and of small-mindedness, going over old ground rather than facing the future and a political project. They are mistaken because their electioneering smacks of populism.