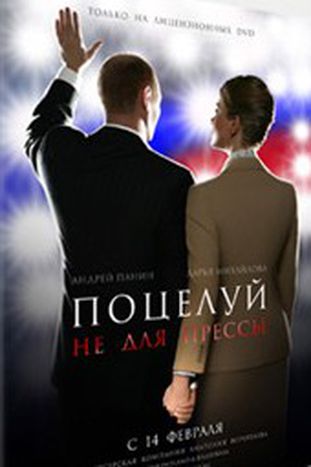 Two weeks before his handpicked successor takes over, a Russian film released on DVD on 14 February shows a rather different side to a fictional, unnamed outgoing Russian president

A couple walk closely together alongside the river Lena. It’s a freezing night in Leningrad. Bridges open to allow huge boats through. ‘How lovely,’ whispers the blonde in love. The soundtrack rises behind her words. The camera captures a glimpse of the face of her young lover; wow, he bears an uncanny resemblance to Russian president Vladimir Putin. He kisses her affectionately. No doubt about it: it’s their first big love, and testing times lie ahead. 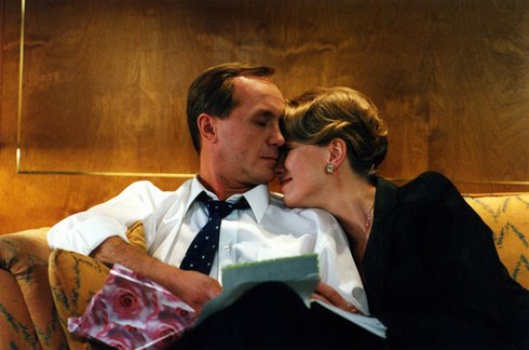 On 14 February, two weeks before Vladimir Putin’s presidential mandate is up, the film A Kiss: Not to be Published, is released, exploring an unknown side of the current Kremlin chief: a gentleman who puts state interests before those of his family.

The love story surges like a romantic ode to the man, the father of the family and the distracted husband. Actor Andrej Panin finely portrays the man from the KGB in the Kremlin; his upright walk, his concentrated facial expressions, his high arching eyebrows. His heroine Darja Michailowa also bears a resemblance to the first Russian lady, Ludmila Putina, at the very least in her younger years.

Even the story sticks to the biographical details of the presidential marriage: both characters speak German fluently. He is the secret agent who doesn’t let one word slip about his work. She is a stewardess who is badly injured in an accident. Over a period of years, the couple live in Dresden, east Germany, where they raise their two daughters. Later, the agent is relocated to Moscow. ‘Is this the presidential suite?’ Mrs. Putin asks when they register at a hotel in front of the presidential home.

Just a coincidence? Producer Anatolij Woropajew says yep. Not even his team seem to want to talk about the film’s similarities with Putin’s actual personal life. ‘I don’t think I am portraying Putin,’ says the lead actor, shaking his head at a press conference in Moscow. 'The film just follows the life of any old politician in Russia. The only parallel is the fact that the protagonist speaks fluent German,' explains Panin. He wears the same silver cross around his neck as the president, a talisman against many of the mysteries which have taken place in Russia. Putin allegedly rescued it from the ashes of his beloved dacha in Saint Petersburg. And what a surprise; in the film too, the father has to rescue one of his daughters from a fire in their summer residence.

The once vice governor 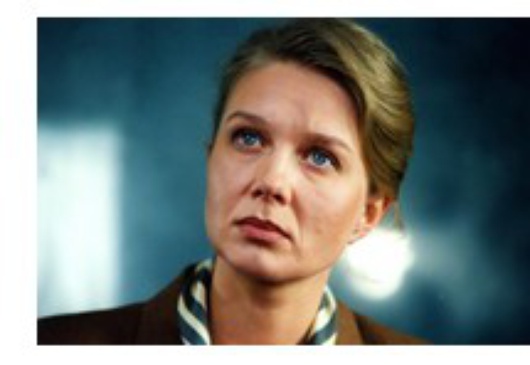 of the regions of Tula and Stravopol and the current producer and author of the piece, Woropajew, had his premiere in a hotel in front of the Kremlin to evade rumours. Because of this move, any parallels with Putin won’t always be cited as the principal motive of the film. 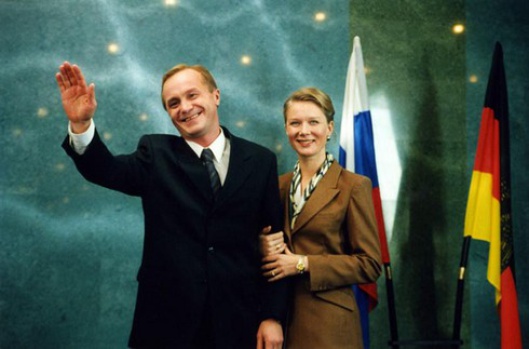 Moreover it is not the president but the first lady who is the real heroine of this movie, a nice Russian lady who supports her husband and who also knows his deepest insecurities. Woropajew describes the fact that the film is released on DVD two weeks before Russian elections a ‘coincidence.’ He is aware that it is timed to come out on Valentine’s Day. Neither Putin nor his wife had anything to do with this, he assures.

Even before its release, the film was already heating debate in Moscow. The Kremlin has always played patron in past films, be they heroic or patriotic. Films about special agents are especially popular in Russia. Woropajew insists that the budget of ‘around 5 million dollars’ came from ‘private investors.’ In any case, the financial figures are due for public release in April.

The epic movie also ensures that Putin will continue to play an important political role after his presidential role in the Kremlin expires. According to the constitution, the president cannot run for a third term, but Putin already announced his intention to become prime minister in the government of his handpicked successor and favourite, Dimitri Medvedev, who will most probably win elections on 3 March.

The producer does not know if the Kremlin chief has seen the film yet, but he plans to invite him to a screening alongside other politicians. The film will be available on DVD from Valentine’s Day for four euros in Russia - a bargain plan to get us ready for a new Putin cult?

From Russia with love

The author is a member of German correspondent network n-ost