Once a favourite of the flower power generation, living on a canal boat has become a privilege for the young and affluent. Today modern houseboats are not longer dingy eccentric dwellings for the marginal, but fully equipped modern pads 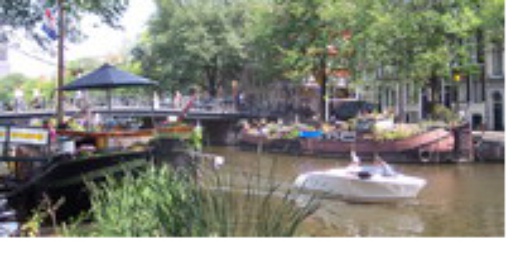 Hendrika-Maria lives opposite number 296, Prinsengracht, and still bears the original features of a houseboat. Today she attracts tourists from around the world as Amsterdam’s only houseboat museum. After stepping on the boat and descending the small steps, I am practically standing in the bedroom, which consists of a big mattress edged into a cabin at the rear of the boat. Through a little round window I can see a tourist boat passing by, a few seconds before Hendrika-Maria starts shaking on the waves and leaves me a little dizzy.

A hippy way of life

“In the sixties there was a huge housing shortage in Amsterdam and living on a boat was very cheap in comparison. It was also cool to live an alternative way of life, so a lot of hippies moved onto houseboats,” says Marjet van Zadelhoff, a museum attendant. 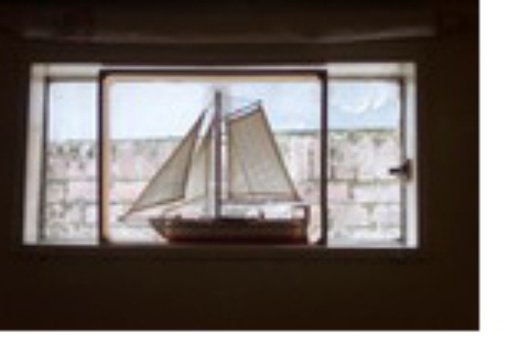 Nowadays the hippies seem to have disappeared. Teti Verhoeff, who works at the local council’s department for houseboats, explains that the houseboat situation in Amsterdam went through a change over the years: “In the beginning living on the water was called ‘the freedom state’. There were no rules and no strings, which was the adventure of it. Living on the water was very popular and a lot cheaper, so it got more crowded. But when people started complaining about each other and water space got scarcer and scarcer, the council decided to imply some rules.”

“Nowadays living on the water is more sophisticated. People want to have a little boat to use during the weekend, they want to live on a houseboat, so in general everybody wants some water. It’s a real image thing in Amsterdam which made the water very valuable.”

What the flower power generation started as a trend is now a popular way of living for the young and affluent.

Luxury homes for the affluent

A little further up the Prinsengracht I visit Alessandra Enting who guards her friend’s home while she is away. “It’s always a perception that people living on houseboats are strange eccentric people, but that’s not true at all. We are normal people with great jobs who earn a lot of money. You need a lot of money to live on a houseboat. I would like to buy one myself, and I am expecting to pay between 230.000 and 250.000 Euro for a traditional boat”.

The ‘ark’ which Alessandra invites me onto looks like featured in a ‘beautiful living’ magazine. Elegant white book shelves decorate the walls and a fancy computer desktop silently buzzes in the corner.

“We have everything here: Internet, washing machine, television. The pole you can see outside provides us with the electricity, which we share with the neighbours.” To the right hand side stretches a wooden terrace covered with a little table and some garden chairs in between high plants. “It’s the feeling of freedom that attracts me most. You don’t have any direct neighbours, you can turn on your music as loud as you like and you always have access to outside areas. If you live on a second floor flat, you don’t even have a garden,” Alessandra explains. 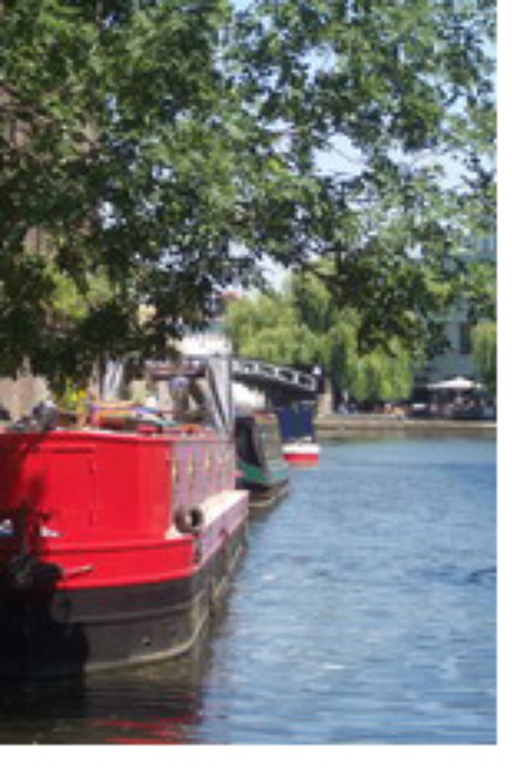 André Aaldering has been living on his houseboat for twenty-five years. He pays a yearly fee of 800 Euro for his licence. But from his experience the maintenance of the boat is the most expensive part in the long run, and the most tiring. “The boat has to be painted every 2-3 years and it needs to be inspected every four years. It is a pain because I have to do everything on my own, while I am a bit lazy, especially during the summer.”

A situation, which seems perfectly accepted and more and more adapted to the ‘normal’ way of life in Amsterdam, is a different story in London. A city, which depends less on its water automatically attracts fewer people to live on it. But still, demand is rising. According to British Waterways, who deal with one fifth of the moorings in London, boat ownership in the UK is increasing by 2.5 per cent per year and their waiting lists for moorings bear over 300 people.

I meet Adam Slade at Battlebridge Basin near King’s Cross. He has been living on houseboats for over 17 years. “I love it! We’re in central London right now and yet there are ducks, geese, cormorants, there is great wildlife on the water. And plus, it’s a very harmless way of living. You can always ask a girl if she wants to come sit on your boat. Yes, you do have to do more than living in a house but you also get so much more for that.” However, the cost of living on a houseboat is quite expensive. Adam does not want to admit how much he pays, but he estimates that people in the King's Cross area pay £150-250 a week only for renting a mooring space.

For Dawn Menear and her brother Julian money is not a big issue. They would like to buy a houseboat and move onto the water. “I love the canals and the freedom. It’s a really friendly atmosphere and it can be a really cheap way to live. My children are all grown up now so I am ready to change my life,” Dawn says. “We have to find a mooring and then we want to buy a boat up north and bring it down to London. I would like a traditional looking boat with some nice red and green paint. We realise it is going to take a while but we are ready to wait,” she continues.

Looking at the price situation for houseboats in London, it is definitely not a cheap housing alternative. While for people who can afford it and are looking for a change in their lifestyle London offers a seemingly attractive location for houseboat residents.

If I were to move onto a houseboat, however, I would opt for Amsterdam; after I have treated my seasickness and improved my Dutch, of course!

In collaboration with Menno Bart, from Amsterdam's local team.