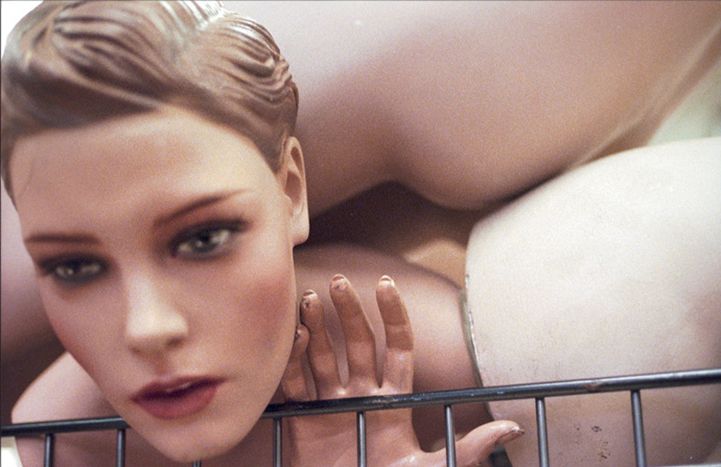 Puerto Guesing in Munich: close it all down

The economic crisis brought about the shutting down of many firms, companies and chain stores. The former department store Hertie in Munich took example from the Tacheles squat in Berlin and transformed itself into a cultural centre: Puerto Giesin has revolutionised the bourgeoisie image of the Bavarian capital

Edeltraut, Bernd, Wanitta, Doris and all the others exit in a single line from the main room on the third floor of the Hertie. What’s wrong? The department store, in the Giesing neighborhood in Munich, shut down a year ago. Bankrupt. Between the economic crisis and wrong investments, Hertie could be mistaken for one of the many stores that wasn’t able to survive against capitalism and was forced to surrender. But from the start, something was different: a reactionary movement which foresaw that from the ashes of this cement phoenix something completely new was about to rise. Judging from the number of young people coming and going from the building now known as Puerto Giesing, it must be something really attractive.

But let’s take things one step at a time. In 2009 Hertie closed and cleared out everything that represents the backbone of any department store: shelves, clothes hangers, desks, tables, chairs, everything was sold for no more than a few pennies. Crowds flocked almost as if they were conscious that what they were assisting to was the saddest of shows, with the defeat of the economic system as the main character. Some of them were probably former employees unable to resist the temptation of seeing their world deprived of all the glamour and all the sparkle that any sales place has. It’s part of the show, of the game of seducing clients.

Other eyes were present that day, other characters, other viewers incarnated the events: an army of naked mannequins that seemed to have lost, along with their clothes, the smile that someone had chosen for them. It was a gruesome yet attractive show that a group of photographers, hitApic, didn’t miss to notice and document on camera. They couldn’t imagine then that they would later be put in charge of following the different 'resurrection' phases of the building. What to do with a huge building entirely empty that risks being left closed and unused for months? Munich’s answer came quickly: the rooms were given to young artists in exchange for a symbolic amount to pay for light and water expenses.

Since that day Hertie, the new Puerto Giesing, has become a bustle of people that have cleaned, painted and transformed those rooms making them their own: fashion houses, rock bands, designers and now even two clubs where each week you can listen to live music and have a drink in an atmosphere quite different from Munich’s classier scene. On the ground floor exhibitions are organized alongside improvised markets and art shows. The hitApic group, formed by Wolfgang Filser, Manuel da Coll and Erwin Rittenschober has a small room on the second floor, a dark room, and right here they develop their analogical photos – even their technique becomes a symbol of lost times, like Hertie – that document the development of this building and it’s rebirth. Even Hertie’s former employees have a new life, a new job; they have been transferred to new branches, they have found new colleagues but, once a month, a sense of homesickness creeps onto them and they find themselves reuniting among old friends and colleagues at the same old bar to chat and remember. On Sunday they met at Puerto Giesing, their Hertie: the old within the new, two symbiotic realities. Coming out they observed their surroundings, looking with a bit of suspicion at the new inhabitants of that now foreign place. But even Puerto Giesing won’t last long: the building’s demolition is scheduled for next year.

Translated from Tacheles a Berlino? Puerto Giesing a Monaco!