Public opinion: European of the Year

The President of Lithuania Valdas Adamkus was elected European of the Year. The newspaper „European Voice“, which belongs to „The Economist“ group,  awards the most distinguished people annually, since 2001. 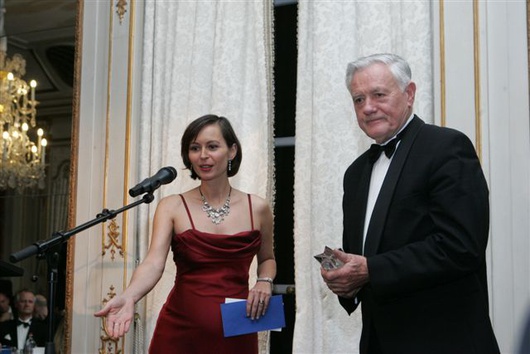 Nobody except diplomats really know what happened during the negotiations, but the President of Poland Lech Kaczynski said something interesting happened during the opening ceremony of the new embassy of Poland in Lithuania. He stated, that after these negotiations, when any of the EU leaders want to make a deal with him, the first call they make is not to him (Lech Kaczynski), but to the President of Lithuania. Indrė KumpikevičiūtėPhotos of Presidency of Lithuania <script type="text/javascript" language="JavaScript" src="https://dce.nextstat.com/logging_js.php?ac=896"></script> <noscript> <a href="http://app.nextstat.com"> <img SRC="http://dce.nextstat.com/logging.php?ac=896&ns=1" border="0" alt="Realtime website analytics"></a>