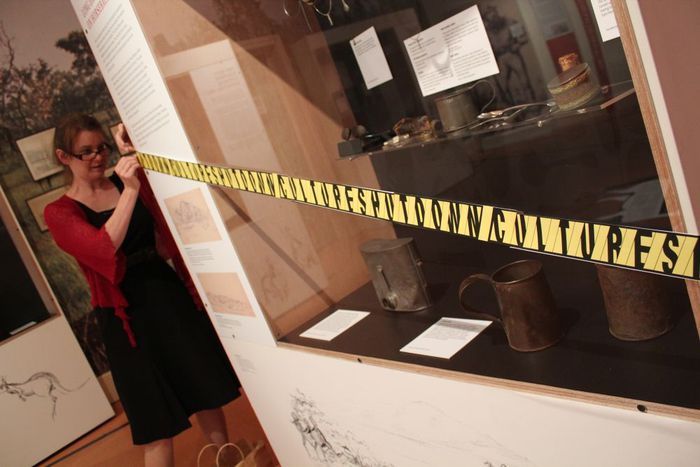 The National Museum, one of the most important cultural institutions in Bosnia and Herzegovina has reopened its doors after three years of lying dormant. Although this can be considered a victory for public pressure over bureaucracy, the legal and financial status of this 127 year old building remain contested.

In mid-September of this year, museum employees and the general public proudly broke down the wooden barriers across the main entrance of the National Museum of Bosnia and Herzegovina, removing the inscription "closed" which adorned its main gates. However, the three year long battle to reopen the museum is far from over. 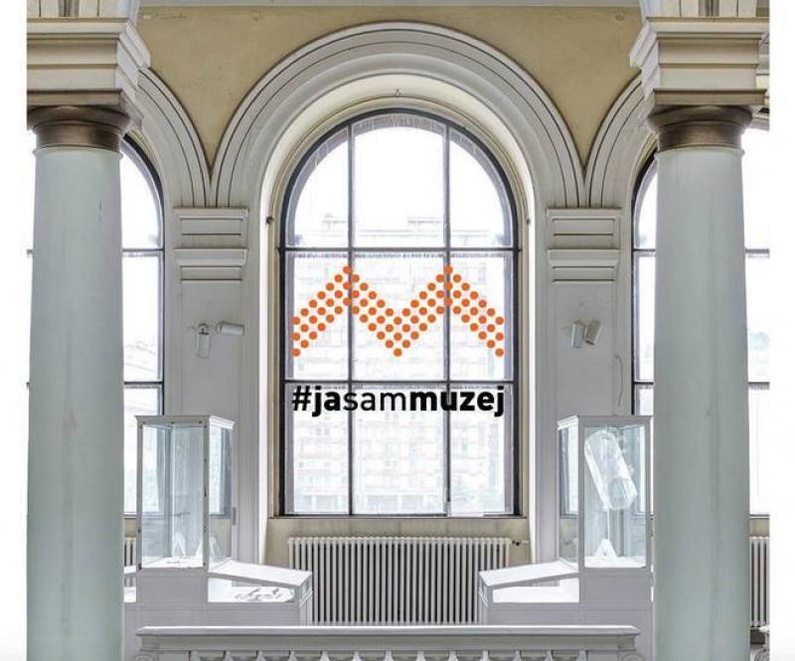 The reopening of the museum is the result of co-ordinated action on a political, diplomatic and civil society level. The activism coined the hastag #jasammuzej (I am the museum), which attracted enormous attention from citizens, public figures, and the media. A concerted effort on all fronts throughout the summer resulted in the acceptance of a funding model for the museum through to 2018.

"However, this is only a temporary solution because it doesn't offer any answers regarding the legal status of the museum," explains Ines Tanović, a member of the citizens' association Akcija Sarajevo. "The museum is legally a state institution, but a smaller Bosnian governmental body (that of the Republic of Srpska) is not willing to validate the claim that the museum is a state institution. They are 6 other cultural institutions existing in the same legal limbo. They are claiming that according to the Dayton Agreement of 1995 (which signalled the end of the Bosnian war), issues of culture are not qualified under state jurisdiction. Instead they are the responsibility of the local cantons."

A museum of brave employees and very little money

I approach the woman who sells tickets to the four Austro-Hungarian style buildings, the first in the region to be constructed with the express purpose of becoming a museum. She explains that already, after just two weeks of being reopen, more than 2000 visitors have come to see the exhibits, which include pieces from the fields of archeology, ethnology, and natural sciences. The museum also consists of a botanical garden and a very old and precious middle age book important to Judaism, called the Sarajevo Haggadah.

During the time that the museum lay forgotten and abandoned, some 40 employees were voluntarily taking care of the exibits. "We went to work only because we feel as though we have a responsibility towards the objects that we are tasked with keeping safe. There are over 4 million objects and artefacts here. Although it's now peacetime, the museum and its collection are being treated worse than they were during the war,“ said Ana Marić, curator for the early iron age and numismatics sections of the museum's archaeology department. 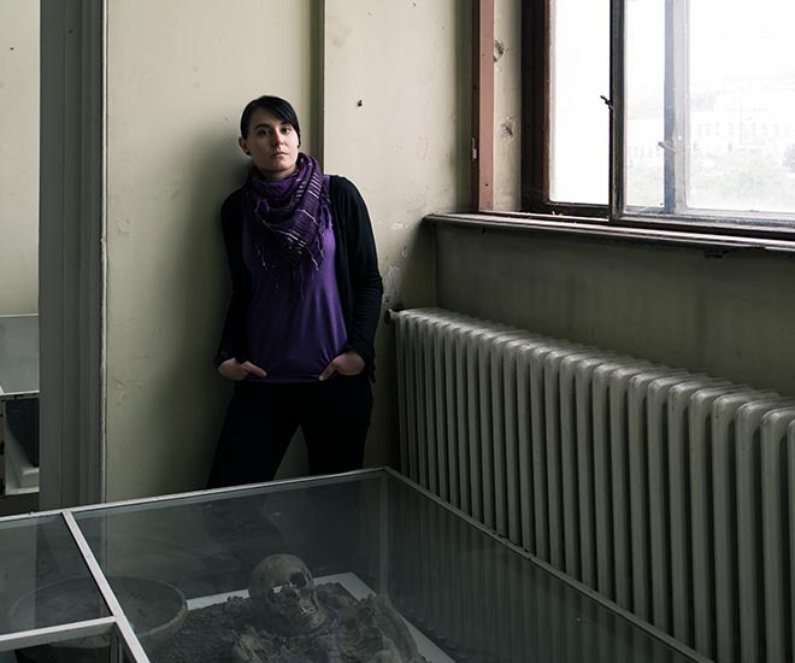 Citizen association Akcija Sarajevo together with photographer Ziyah Gafić have put together an exhibition and book about people like Ana, naming it the "Guards of the Museum".

When entering the old beige building on Zmaja od Bosne street, the museum's three year silence is deafeningly obvious, as is the sparse funding that they now receive. It seems as though nothing has been moved or changed since the 80s. There are no interactive tables, no games for children, no flashy screens or impressive lights; only old stuffed animals behind thin glass cases, or medievil tablets placed straight onto the ground.

Some other buildings which symbolise national pride are having a much better time than the museum. Last year the City Hall, Viječnica, burnt by Serbian Chetniks in 1992, was reopened, and the work done here is fabulous. Archduke Franz Ferdinand of the Austro-Hungarian dynasty visited Viječnica in 1914,  between two assassination attempts; one which failed, and one which famously suceeded. Just after leaving this historical islamic-style red and yellow building, the heir of throne was shot dead nearby, in an event which ignited the First World War.

Vječnica held the National and University Library of Bosnia and Herzegovina before a great fire during the last war. More than 70 percent of the documents and books housed in the library were burnt. Now the building has been painstakingly restored. A new museum and library is open to the public and the rest of the building is reserved for municipal politicians, who have their offices and meeting rooms there. 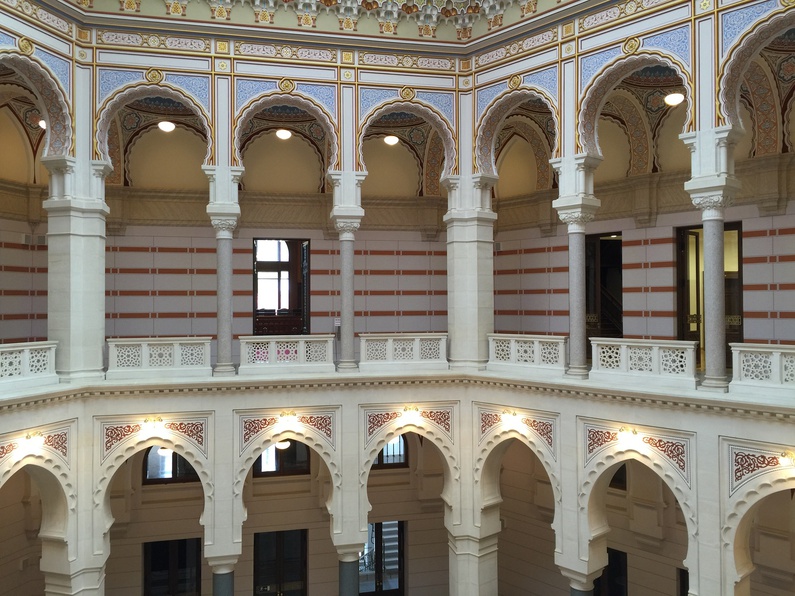 In 2014 another reconstruction attempt succeeded in Sarajevo. Gazi Husrev-bey Library, which dates back as far as 1537, has also reopened its doors. The treasure of this establishment was redistributed to various locations across the city during the four-year siege of Sarajevo. Their official website states that: "Gazi Husrev-bey Library currently holds around 100,000 pieces (manuscripts, printed books, periodicals, and various archive documents), in Arabic, Persian, Bosnian, and other European languages." Here however, the reconstruction efforts were made possible by a donation from the state of Qatar. Perhaps there is hope for the National Museum yet.