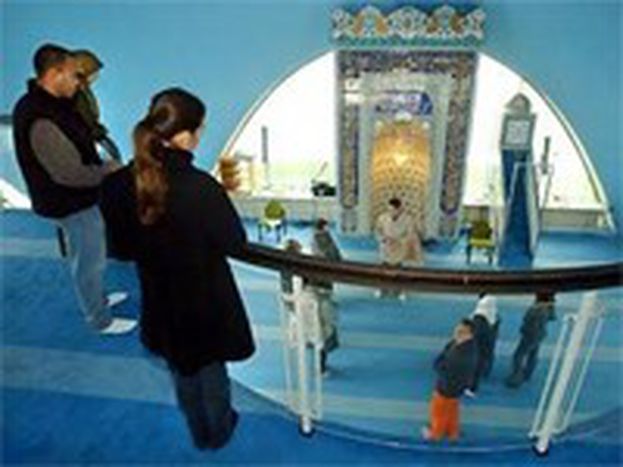 The integration of young Muslims into European society, to prevent both marginalisation and extremism, is a challenge facing all EU governments. Luckily, Islamic organisations across the continent are already giving a helping hand.

Many North American and European media reports related to terrorist attacks since September 11th have automatically labelled ‘terrorist’ and ‘radical extremist’ movements as synonymous with ‘Muslim’ or ‘Islamic’ activists and organisations. The truth is that ‘Islamic terrorism’, of which everyone is so afraid, only represents a very minor aspect of global terrorism. Innumerable active Muslim individuals and organisations are working towards overcoming this fear and the perpetuation of peaceful coexistence between members of all faiths, without necessarily being acknowledged for their achievements.

A multiplicity of Muslim organisations have established themselves since Muslim immigration to Europe in the 1950s and 1960s, reflecting the heterogeneity of Europe’s 12-15 million Muslims and the different national legal, political and historical contexts in which they find themselves. Islam (of the Sunni majority tradition) is not hierarchically structured in the same way as Christianity and most organisations are localised, only representing very small communities of North African, Turkish or Pakistani Muslims. Germany alone, for instance, hosts roughly 2,000 (mainly Sunni Turkish) and Britain between 600 and 1,200 (mainly Pakistani) Muslim associations of all kinds.

And yet only 10 percent of Europe’s Muslims are estimated to be members of such organisations, which are concentrated in inner-city districts and (formerly) industrial suburbs of big cities. Moreover, they vary in their school of thought, size, sources of funding and community activities, which makes their impact on Europe’s religious, political and social landscape difficult to ascertain. Indeed, expert opinion on these Muslim organisations ranges from considering them as ‘Muslim ghettos’ to seeing them as ‘mediating entities’ between Muslim societies and the State.

But despite this diversity, most Muslim organisations have recently reoriented their focus towards Europe as their main home and the integration of Muslim youth as their ultimate priority. As such, Islamic organisations have undoubtedly gained in importance not only in their role as ‘representatives’ of European Muslims at all political levels, but also as social service providers for Muslim youth.

In the context of the recent terrorist attacks committed by Muslim radical extremists and the long prevailing prejudices and fears of both Muslims and non-Muslims alike, Islamic organisations are currently the main interlocutors between the State, society and its Muslim communities. Incentives such as Tag der offenen Moscheen (Day of Open Mosques) in Austria, Germany and other European countries strengthen the open dialogue needed in Europe to come to terms with the different interests and identities of our societies. In Germany, the event has been taking place every October 3 (the day of Germany’s unification) since 1997. Mosques and prayer rooms open their doors and invite non-Muslim Germans to get acquainted with the nation’s second-largest religion after Christianity.

Filling in for the government

Incentives also take place at a local level, where mosques and prayer room associations provide family counselling, tutorials and job application assistance. As such, these local-level self-help groups, often financed by their members, are an important resource for Muslim youth who often face discrimination in the employment market and in applying for internships that lead to jobs. Certain cities like Paris, London, Frankfurt and Munich have started to see their Muslim associations cooperate with local city authorities in order to facilitate the support of Muslim youth at school and in their transition to full employment.

Muslim organisations are further complemented in their youth integration work by private non-Muslim associations, such as Lichterkette e.V in Munich, which focus on Muslims’ needs by coordinating language tuition, educational programmes, counselling and professional training incentives. Alternative media reviews and newspapers, such as the Islamische Zeitung in Germany and Sezame in France provide their Muslim and non-Muslim readership a more inclusive view of Muslims in Europe, namely as integral members of society.

Once Muslim youth is recognised as an active part of Europe’s future, the role of Muslim organisations can be reduced in the public sphere. Until then, they are playing a crucial part and represent one of the key resources in the integration of Muslim youth.