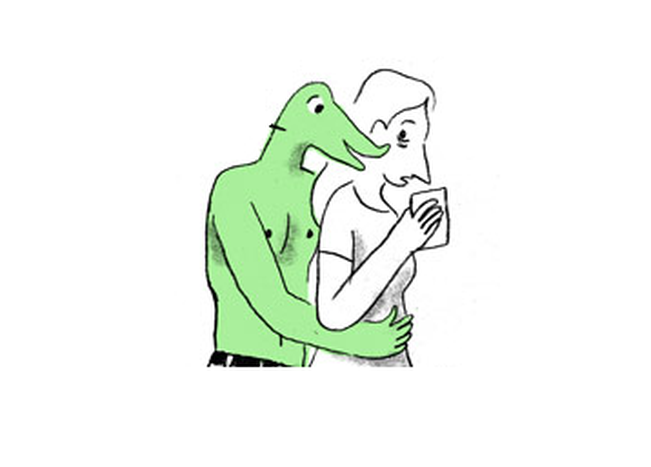 Project Crocodiles - or the world of everyday sexism

"You must be dressed like that because you want me to fuck you." The young girl who that comment is aimed at walks away, with beads of sweat glistening on her forehead. The jibe comes from a sneering crocodile. Welcome to "Project Crocodiles", or the world of everyday sexism drawn by Thomas Mathieu.

"They all had stories to tell"

Thomas is 29, and studied the art of graphic novels in Brussels. Before launching Project Crocodiles, he had already tackled the subject of relationships between men and women in his graphic novel Drague-Misère, a collection of stories about him and his friends' love lives and attempts to flirt with women. He then became interested in the theme of harassment: "I talked about it with my female friends, my sister and my girlfriend. It was pretty shocking; they all had stories to tell." Through his blog, Thomas appealed to his female readers to send him their own, personal experiences, which he then illustrated and published. "When Madmoizelle [a women's magazine] mentioned my Tumblr project and posted a link to it, things really exploded. I was inundated with stories."

Any girl or woman who has been a victim of harassment can email Thomas. "I always send them a draft copy of the story before publishing it, so that details can be changed and it's as close as possible to reality." In his stories, Thomas depicts all men as crocodiles. "It works well, visually. Above all, I wanted it to tie in with the image of a predator that's found in the world of picking up women or even assault. As you can see, I draw them in a childish way so that they're not too frightening. But I didn't want it to be too one-dimensional or just a caricature of a mean crocodile, because that would be too simplistic." 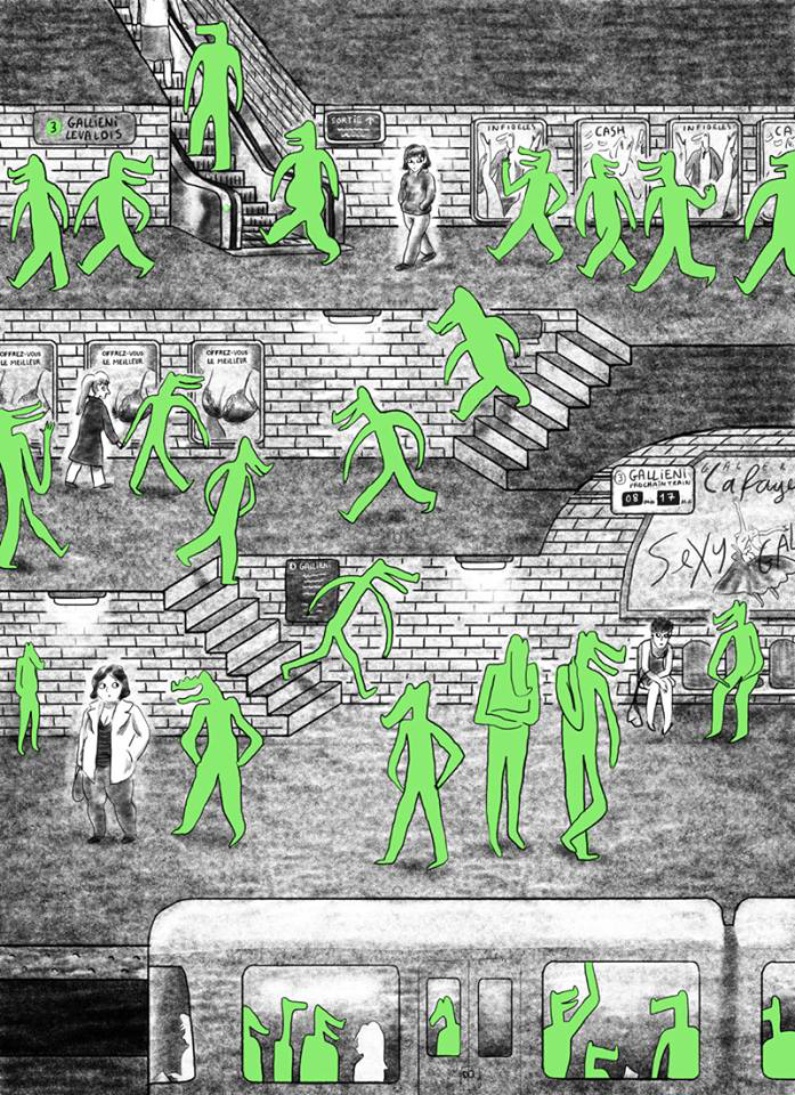 It does you good!

Project Crocodile's motto is: don't let it go. For the women who send Thomas their stories, the process is almost cathartic and a way of contributing their own evidence. "Many of them have told me that it's good for them." For Thomas, it's also a way of moving away from the stereotypes that exist around harassment and sexism. "Through this project, I've come to understand it as a phenomenon. Initially, I thought it was just about stupid guys. It was about the humour."

Women's reactions to the project have been overwhelmingly positive, while men's have been more mixed. Even though many men support the project, "others have accused me of being a traitor to all men! Lots of them also react by saying: I'm not like those guys, so I'm not interested." Controversy broke out on gaming website www.jeuxvideo.com when one user suggested making a spoof of the project. Some accused Thomas of man-hating, while others used it as an excuse to insult feminists — particularly those behind another Tumblr project about street harassment.

Project Crocodiles tackles a huge range of subjects. Beyond the problem of women being harassed in the street, it looks at workplace harassment, communication problems between men and women, ways of dealing with provocation, slut-shaming and male privilege. "Even if you're not a macho guy, there's still a difference. I don’t get whistled at in the street because of my physique. When I get home at night, I might be scared of being attacked but not of being sexually attacked. That's male privilege, and I was blind to it before."