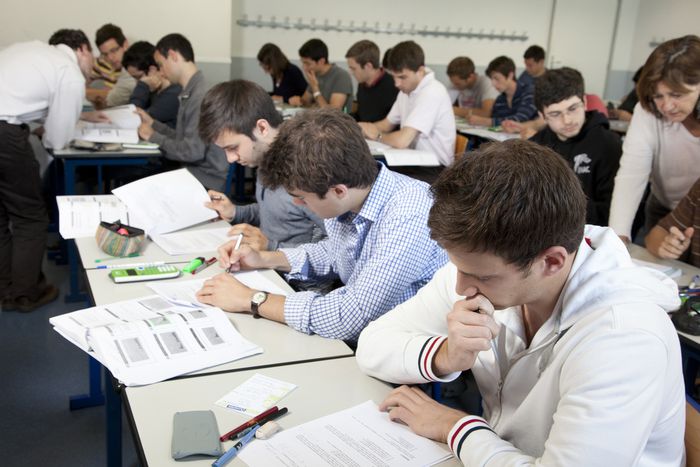 The fate of prépas classes is closely linked to that of the 'Grandes écoles' which guarantee a high-level training for the ruling classes of the French nation. However, this may also lead to further social and territorial discrimination within the education system and French society.

An 'educational strategy of shock'?

"Currently, the position of HEC (École des hautes études commerciales) is to consider that efforts to select 75% of our students from the ranks of PCGE (Preparatory Classes for the Grandes Ecoles) perfectly meet our needs. This system allows us to offer companies profiles that, in addition to their ability and intellectual potential, have human qualities, courage, tenacity and the ability to manage risks and cope with stress. The initial intellectual formation dispensed by the PCGE remains crucial. The task of the school is to develop the set of other skills required." Thus spoke Michel Raimbault in 2003, then director of HEC, during the UPS (Union des Professeurs de Spéciales) seminar.

In fact, hard work, low grades, stress, time management and a good dose of "corporatism" have always been the daily routine of students attending prépas.  These students  have to make this "sacrifice" to gain the opportunity of experiencing the excellent teaching dispensed by the "Grandes écoles": a chance given to the best, based on the principle of meritocracy.

As clearly stated by Marc Even, President of APPLS (Association des premières et lettres de professeurs supérieures - Association of Proprietary and Public Language Schools), the PCGE or prépas, as structures of transition between the system of secondary and higher education, "are responsible for the training of the public and private individuals which the (French) nation needs." It could not be clearer.

Muriel Darmon, sociologist at the CNRS and author of Classes préparatoires, the fabrique d'une jeunesse dominant [Éditions La Découverte, 2013], stressed that the future French executives undergo a true “educational strategy of shock” that is aimed precisely at establishing a real continuity with the previous school system and forge the spirit of a ruling class projected towards the future.

Remembered by some as "terrible" years, and by others as the most intense and rewarding period in their lives, the prépas years mark the students of the new generations by shaping their character, offering them the intellectual tools of excellence, and encouraging the creation of the essential relational network for their professional future. Whether these are terrible years or unforgettable, a shock or an initiation rite, it does not matter: if passed, the prépas years seem to ensure the socio-professional acceptance intothe French elite. But what is the profile of a prépas student?

Chosen after high school from 8% of all students, the statistics show that the children of executives and of liberal professionals form 60% of students in the great engineering schools, and 68% of those in large business schools. Only 11% is actually represented by the children of workers and employees, who actually constitute half of the working population in France.

In addition, the number of students belonging to the working classes who attend preparatory classes is less significant today than in the 50s. This is quite the opposite of the university system, which has gradually been democratised. It is also important to point out that a student who attends prépas classes costs an average of €14,000 to the French State compared to the €9,000 of a college student.

To understand this data, which reveals an alarming rise in inequality and a fracture evident within the French education system, it is important to take into account the weakness of the university in France. Suppressed in 1792, reconstructed in 1899, universities across the Alps today present a situation that is more fragile than ever. This is down to the growing impoverishment of existing structures due to a lack of public funding for support and development.

Regularly denounced, it would be the lack of a global view within the French higher education system that helps perpetuate a flagrant imbalance between universities and the "Grandes écoles". This is so much so the case that to the point that high employability at the end of their studies would only be guaranteed for the graduates of the latter. Such disparities were among other things highlighted by the PISA (Programme for International Student Assessment) survey sponsored by the OECD for the International Student Assessment which identifies France among the worst European states in terms of equality in the school system.

Assuming that the efficiency of the prépas guarantees France the best possible development of its future elites, how does it justify its legitimacy against statistics that highlight the socio-cultural inequalities produced by this system? The debate is open, and the weaknesses of the "prépas" system are many, borne paradoxically by the Republican ideals that

made the initial democratization of educational excellence possible. These are represented first by the "Écoles speciales” and then the “Grandes écoles”.

Those who denounce the prépas system's elitist nature, rather than explicit class divisions, argue that social discrimination and a tacit "corporatist" setting are the biggest issues.  These are, among other things, at the centre of the inevitable tendency to "train" the French elite. "One of the primary features of the selection made by the preparatory classes is that, despite all efforts, it remains socially connoted," says Yves Dutercq, professor of sociology at the University of Nantes.

While there have been several calls within French society to reform the education system in order to achieve greater uniformity and equality, there have been just as many potential measures under discussion for future reform of the PCGE. Given that  these classes currently don't issue a diploma, some are speculating about their potential integration with the “Grandes écoles”, others  wonder if they can be made equivalent to the first cycle of university education, which would then leave the choice up to the student to continue or discontinue their studies in a “Grande école”. 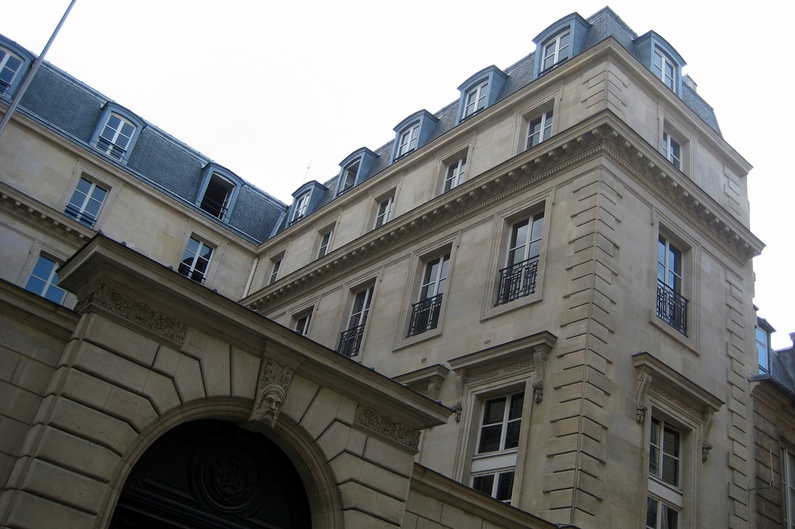 Installed in high schools, the PCGE are always free, respecting the principle of free knowledge. The argument put forward by those who would, today, introduce a registration fee with scholarships, and thus align them to the university system - would be to enhance, among other things, the privileged social status of most of the students who attend them.

Regardless of bias, the current debate highlights the different problems of an educational system characterized by disparities, where the social and cultural origins weigh significantly on the educational and professional attainment of the student. Elitism, meritocracy or simply excellence, preparatory classes continue to play a decisive role in the selection process and training of the French ruling classes. It comes at the expense of the democratization of the entire educational system and social cohesion of the nation.

Read here the first part of our investigation on the prépas classes in France.