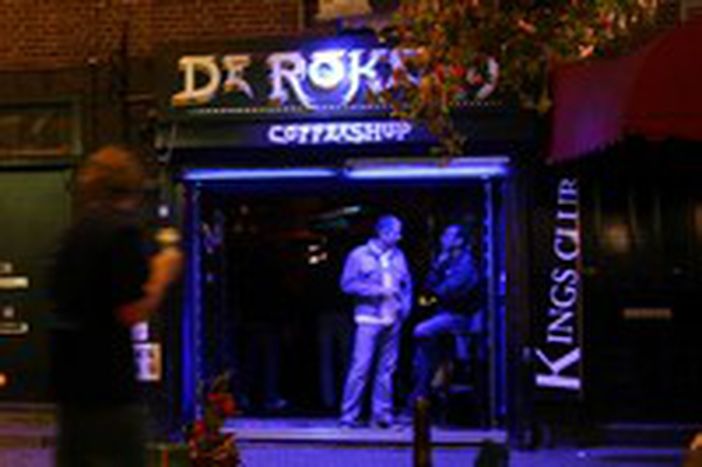 Pragmatism versus dogma in Maastricht

While new plans in the Netherlands to further liberalise its drug policies have met with great support within the country, its neighbours look on in horror

Three years as the mayor of Maastricht have changed the attitude of Gerd Leers towards liberal drug policies. Once a strong supporter of prohibition, he recently proposed the creation of ‘cannabis boulevards’ in border areas outside the city to counter problems linked with cross-border drug tourism. He is also in favour of the regulation of the sale of cannabis to coffeeshops. This is a direct move to counter a flourishing black-market, for while selling cannabis may be legal in the Netherlands, its production is definitely not.

The Maastricht coffee shops attract around 1.5 million drug tourists every year, mostly from Germany, Belgium and France. These young people are drawn to buying their dope in the Netherlands like moths to a flame. The enormous demand created by these tourists causes serious disturbances in the city centre, and more importantly, causes an increase in drug related crime.

Since 1976, the Dutch government has decriminalised the distribution and use of cannabis in so-called coffeeshops. These cafes are authorised to sell up to five grams of cannabis to people over 18. The idea behind this policy is the pragmatic belief that a separation between soft and hard drugs is desirable. It is thought that it’s far better for a cannabis user to get his weed in a safe, legal and friendly environment than in the hard and criminal world of street dealing, where you are only one step away from harder drugs.

The figures support this policy. In the Netherlands, the only Western country where cannabis is ‘legally’ sold, only 13% of its youth use the drug. According to a survey by the UNODC, in countries where possession and use is penalised a bigger percentage of youth use cannabis: Belgium, Ireland, USA (17%), UK (20%) and France (22%). In addition, in the Netherlands only 3 out of every 1000 people in the age range of 15-64 are addicted to hard drugs. In Luxembourg, the UK, Italy, Portugal and Denmark it’s 7 to 10 per 1000. In the Netherlands there is only one drug fatality every 100,000 people, while in Denmark it’s five and Norway it’s eight per 100,000.

In Maastricht, the daily influx of nearly 4,000 drug tourists creates an additional demand (on top of the Dutch demand) for hundreds of kilos of cannabis. This cannabis needs to be produced, and it is here that the flaw in the Dutch model comes to light. The bizarre thing is, cannabis is allowed to be sold, but coffee shops have no place to legally purchase their stock. The ‘front door’ of the coffee shop is regulated but the ‘back door’ is left unguarded. “It is like telling a baker that he can sell bread but is not allowed to buy flour,” Leers told AFP recently.

Well organised criminal gangs now control the production market. Ordinary people, many from low income households, are tempted to provide accommodation for plantations in basements, garages or attics for serious hard cash. Thousands of families, many with children, are in this way exposed to hard crime. It is no exaggeration to say that such temptations are causing disruptions in the social fabric of these communities.

Leers' proposals therefore include the legalisation of marijuana production by bona fide producers and distributors to eliminate the illegal home-grown industry. In addition, he supports the idea of designated locations where people can buy marijuana – “cannabis boulevards” which would alleviate the pressure of drug tourism on Dutch border cities where police resources are being stretched to the maximum.

Mr. Leers new action plan has broad national support. Alexander Pechtold, Minister of Government Reform and Inner City problems spoke out in support of the policy and his position is in turn supported by 20 mayors of the 30 most populous cities in the Netherlands. The Dutch parliament followed with a debate and came up with two motions: one instructing the Dutch government to approach EU member states about their position towards liberalising marijuana policy on EU level, and the second telling the government to start experiments regulating the supply of marijuana to coffee shops.

These talks are frustrating neighbouring countries Belgium and Germany. Former German Interior Minister Otto Schily is a strong opponent of the Dutch model and has often clashed with Dutch Minister of Justice Piet Hein Donner over it. Schilly and with him his Belgian counterpart, believes that the sale of any drug advocates its use and by doing so encourages the illegal drug trade in Europe. Even stronger words were used by Ivo Delbrouck, head of public prosecution in the Belgian town of Tongeren: “Keep your misery and filth to yourself and don’t come spreading it in our region.”

In response to these allegations Leers said: “The argument that we are exporting a local problem to Belgian and German towns is invalid. Maastricht has 16 coffee shops, while it only needs 6 or 7 for its own population.” Belgium is being hypocritical: “The problem is not the coffeeshops. The problem is you are allowed to posses up to three grams of cannabis in Belgium but you can’t buy it there, that’s why they come to us to get it!”

This is a problem for the whole region. It would be easy to close all coffeeshops but the consequence would be to drive the cannabis industry underground and that will make it impossible to regulate. “You can’t wipe out the demand for soft-drugs, just look at the countries with repressive policies against cannabis, they have the highest drug use figures!” says Leers.

On the April 21, a hearing took place in the European Parliament revolving around the EU-Drugs Action Plan 2005-2008. Mayor Leers was – among others – invited to talk about his experiences with drugs problems in the border region. He said: “It is absolutely necessary that EU governments shed their rigidness and accept that cannabis is, just like alcohol, a recreational activity. It is regulation that leads to harm reduction and less crime. We must break the taboo.”

At the beginning of the year, legal experts from several countries stated at a preliminary hearing that there are no legal obstacles to Holland starting to experiment with regulated cannabis production. The taboos are starting to fall.