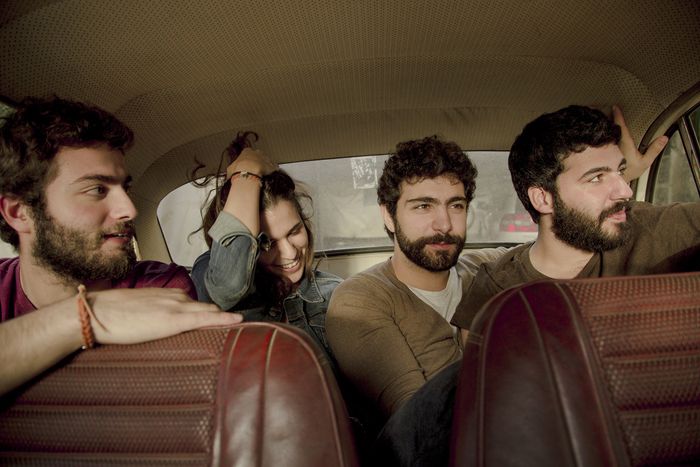 Four young musicians from the suburbs of Beirut and a mix of songs inspired by nature, love, and nostalgia for that which has been lost. We had a chat with Postcards, freshly set out on their Italian tour, to find out more about their folky atmosphere and dream-like sound.

Six tracks with evocative titles, and a folk influence nuanced with a tinge of melancholy: that's the essence of What Lies So Still, the second EP of the Lebanese indie-folk band Postcards – released in 2015 and available on bandcamp for your listening pleasure.

From their first gigs in the bars of Beirut in 2012, these four young and talented friends – Julia Sabra (ukulele, mandolin, guitar and vocals), Marwan Tohme (guitar and vocals), Pascal Semerdjian (drums, harmonica and vocals) and Rany Bechara (bass, keyboard and vocals) – have taken their music all over Lebanon, and are now touring Europe for the second time.

After their premiere tour in the UK, France, and Portugal last year – which saw them on stage at the Wilderness, Byblos International, and Wickerpark festival, playing alongside bands such as the suitably named Beirut – Postcards are now embarking on their second musical endeavour.

This time they are playing in Italy for the first time, with 12 dates spanning the entire country. While waiting for their live show on the 10th of February at Bolazzi Bistrot in Palermo, we asked Julia and Marwan to tell us more about their project. 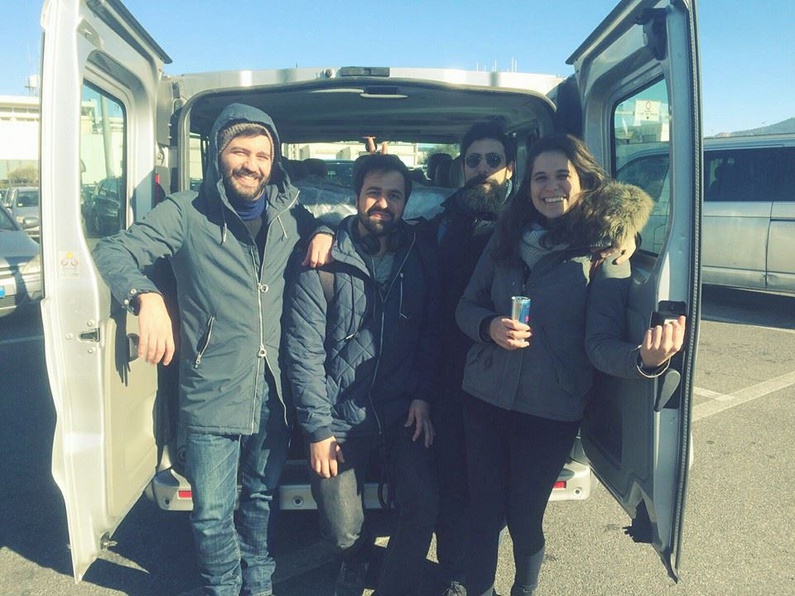 cafebabél: Who are Postcards? What's the story behind your musical project?

Julia: We've four members – Marwan, Pascal, Rany and I. Pascal and Marwan are actually cousins, and they met Rany when they were quite young: they went to the same school and had a lot of fun together as kids.

I met them in the summer of 2012, when we ran into each other at a mutual friend’s house. We went camping by the beach, and two weeks later we decided to form a band, because we immediately felt that something had clicked.

We all loved folk music and decided straight away that we would write our own songs. We wanted to do something different from the majority of Lebanese indie bands – many of them only play covers.

cafebabél: In your biography, and in many of the reviews, your music is defined as indie-folk. How do you define yourself? Which bands would your say are your main inspirations?

Julia: It’s kind of hard to say. We really love folk, so I would probably say folk-rock. But we are also very "pop-y"; our songs have melodies that are easy to sing, and there is definitely something very dreamy about our sound.

So I guess it would have to go for "folk-rock-dream-pop". As for our influences, we love so many: Fleet Foxes, to mention one, but also old folk singers like Nick Drake and Vashti Bunyan. Then there are completely different sounds like Sigur Rós and Beach House. In the end it’s a mix of many styles and influences.

cafebabél: One could say indie-folk is quite a Western genre – born as it was in the US and UK. It is usually European and American bands that go searching for more traditional, often Middle-Eastern sound. In your case you seem to have made the opposite journey. What is it like to perform such a genre when coming from a Lebanese background?

Julia: It’s a question we get asked a lot. I guess because it is somewhat weird, being Lebanese and all, that we don’t sing in Arabic and actually have so few elements of Middle-Eastern music in our sound.

I believe that the music you like to play is based on the music you like to listen to. For us, even though we grew up surrounded by Middle-Eastern music, the kind of indie folk that we could find on the web was what we turned to. So, that is what tends to come out when we write, perhaps even subconsciously.

Even in the natural surroundings of our hometown, those mountains at the outskirts of Beirut that inspired our first EP, Lakehouse, have a certain western look. There’s a lot of greenery there... and cheese! It’s cold in wintertime – sometimes it even snows. We didn't come out of the desert riding camels, you know what I mean? (Laughs)

cafebabél: I'm glad you mentioned your first EP. Your music is generally rich with delicate and nostalgic tones. You've also said that Lakehouse was intended as an experience that shared your surroundings with the listener: mountains, lakes, trees and lovers. What is What Lies So Still about? Was there also a theme that inspired the record?

Julia: Unlike Lakehouse, What Lies So Still doesn’t really have a theme. Instead, the single tracks are united by a common mood – a particular way of feeling. It’s an album with a dreamy kind of nostalgia, where even in the most cheerful tracks happiness is always tinged with sadness. The songs talk about love, life and loss – universal themes that you find everywhere, but seen through our own eyes.

cafebabél: What can you tell me about your future projects? Are you already working on something new?

Marwan: Absolutely! We've already started writing new songs; we're playing three of them live during this tour! We hope to record a new album by the end of the year, after we finish touring Europe. We record with an independent studio back in Beirut, Tunefork Studios. In particular, we work with Fadi Tabbal, a sound engineer who is also our producer. He’s fantastic, and he was involved in every step of the creation of What Lies So Still. In general, we take his advice every time we write something new. Having his opinion makes sure that everything is good and consistent. 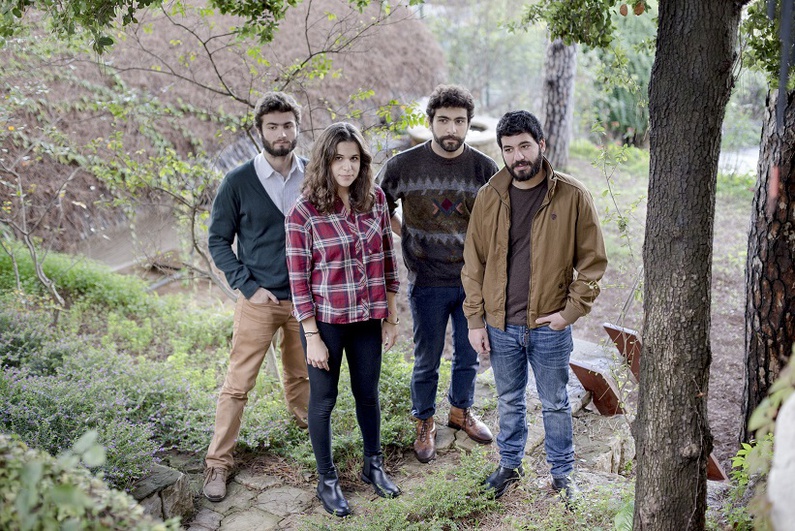 cafebabél: Your country, even if only indirectly, is currently involved in the major cultural and political crises going on in the region. What does it mean to be an artist in Lebanon at this moment? What place do you feel art in general, and more specifically music, has in current Lebanese society?

Marwan: Honestly, the musical scene in Lebanon has been simply booming over the last couple of years. A lot of people have found an opportunity to showcase their talent, to get out there and do what they love. This is how we started out too, about two and a half years ago.

I can’t say that we've been much affected, politically speaking. Of course it’s not easy to earn your living playing music; we also have second jobs to pay the bills, but I truly believe that our generation is the first one to successfully come out of Lebanon, in an artistic sense.

There are tons of artists coming to Europe to perform. It used to be harder in the past, but I think that now it’s a great time to be an artist in Lebanon: everything is happening! Everyone is thinking differently from our parents and grandparents; there is a big change in mentality going on. Our generation still preserves a traditional side, but we are growing out of it, we getting closer and closer to European countries.

cafebabél: And here you are, touring Europe for the second time! How has this experience been so far? Are you enjoying the Italian leg of your trip?

Marwan: The experience is unique! Each country is different, and even trips to the same country differ every time. It’s so eye-opening to meet other people and cultures in this way, compared to chatting to a tourist in a pub. When you're touring you live in those places and with those people, even if just for a short time. It’s extraordinary.

Today is our third day in Italy, and due to our tight scheduled we do feel kind of tired. But we really love everything about it! The people, the landscape, the food... Tomorrow is going to be our first free day, and we can wait to have a look around the city.