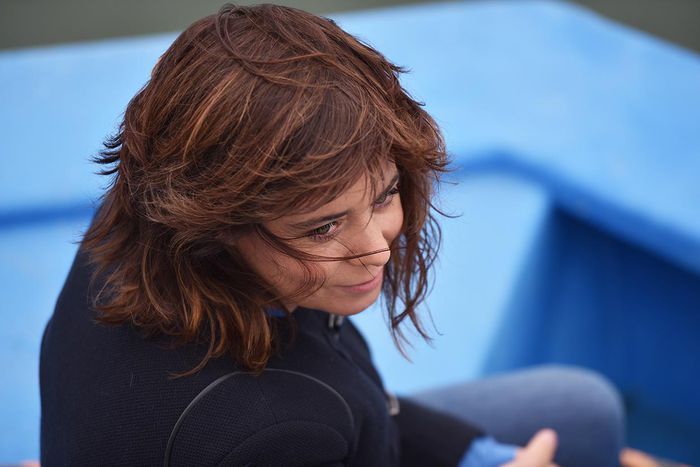 Portugal is having difficulties forming a government after the elections. The centre-right alliance under Prime Minister Pedros Coelho received the most votes, but leftist parties will have more than half of the seats in parliament. Some commentators see the vote as a clear rejection of the austerity policy. Others praise the Portuguese for voting differently to the Greeks.

The election results show that the Portuguese have coped with the crisis much better than the Greeks, the liberal daily Mladá fronta Dnes writes in praise: "Portugal introduced harsh austerity measures. Even if no one feels like celebrating today, the worst times are over. The vote shows that unlike the Greeks, the Portuguese are far more content with the outcome of the crisis. Although the government has lost its majority, it remains at the helm. ... Malicious gossip has it that the Portuguese are just too passive to revolt. What's more, conservative commentators describe the country's history as a 500-year downturn. And in fact it's been a long time since Europe's westernmost country was a major colonial and naval power. Nevertheless most Portuguese have been happy to adapt to the times." (06/10/2015)

Voters have had enough of suffering - The Guardian, United Kingdom

Sunday's election results are a vote against overly stringent austerity, the centre-left daily The Guardian believes: "Having gone through the economic pain of austerity, Portugal's voters neither want to throw the gains away nor to suffer more than seems strictly necessary amid cautiously brightening economic indicators. The general election has produced a precarious result, which may bring instability and an early return to the polls. But it is also an opportunity for the two main parties to cooperate to provide what Portuguese voters clearly want: a significant easing of austerity, now that the worst seems to be over." (05/10/2015)

Portugal's Socialist Party (PS), the second-strongest party in the elections on Sunday, should help winner Passos Coelho form a stable government and demand an easing of the austerity policy in return, the centre-left daily El País advises: "The PS is a proponent of 'moderate austerity' while the other two [left-wing] parties want an end to the austerity policy. Passos Coelho's problem is that the left-wing majority won't be in government but it may be strong enough to block his government. In that case there would be a six-month caretaker government before new elections are held, and no one can guarantee that the results would be very different to Sunday's results. Only a PS that gives Passos Coelho temporary tacit support in exchange for more moderate cutbacks can lead the way out of the current impasse and avoid the risk of instability the stalemate in parliament entails." (06/10/2015)

Prime Minister Passos Coelho's two-party alliance must now seek dialogue in parliament in order to achieve stability, the centre-right daily Diário de Notícias warns: "The best result for Portugal would have been an election winner with an absolute majority, a government that was in a position to push through the upcoming budgets and ensure the necessary political stability… Now the Portuguese have chosen something different… Despite the close results, Portugal's president must invite the PàF alliance (that has ruled so far) to form a government - but at the same time he must do much more: he must convince the winners that an agreement (with the Socialists) in parliament will be necessary to push through the government's programme and above all the budgets - and to ensure that Portugal doesn't get caught up in the wheels of the markets again." (05/10/2015)