Populism lost in Austria, but Europe should remain cautious

After an extremely tight second ballot, the independent candidate Alexander Van der Bellen has become Austria's new president, beating the far-right candidate Norbert Hofer. Despite the final election result, this election provides yet another evidence of the rise of populism in Europe. Opinion piece.

"When I was a child, I learnt that we were all different, but that we could live all together, in mutual respect." These are the words of Alexander Van der Bellen, the new Austrian president, speaking on the night of his election on the 23rd of May 2016.

The former leader of Austria's Green Party (Die Grünen) finally triumphed against the Freedom Party (Freiheitliche Partei Österreichs, FPÖ) candidate, in a ballot that remained uncertain until the very last minute- concluding with only 31,000 votes between the candidates.

The European Union can take a sigh of relief. Austria will not have a far-right head of state. Even though the role has limited powers, the election of a populist president would have had a very symbolic impact.

Even if we can relax a little, we shouldn't forget that the FPÖ candidate, Norbert Hofer, managed to get over a third of votes during the first round of elections, and 49.7% in the second turn. This political schematic reflects the current situation across Europe, in which populism is constantly gaining force on the political stage.

Far-right parties are in the spotlight in many European countries

Indeed, while many member states in the European Union are facing major crises – both economic and migratory – far-right, anti-migrant, Eurosceptic parties are managing to make their mark on various national political landscapes.

To realise the true extent of this phenomenon, we can look at the European Parliament elections held in 2014. Among the 28 member States, four voted a Eurosceptic party to the top of their lists: France (Front National), the United Kingdom (UK Independence Party), Belgium (Nieuw-Vlaamse Alliantie) and Denmark (Danish People’s Party). Knowing how much weight these countries have when influencing European politics  – especially the UK and France – these results are by no means trivial.

Eurosceptic and far-right parties managed good results in other countries in 2014. The Netherlands comes to mind, where the Party for Freedom raced to second place. In Finland, the Finns Party came third, and in Hungary, the influential far-right party Jobbik came in second.

This trend can also be observed in these states' national elections. The Austrian example is particularly striking, as the far-right candidate scored 36.4% of the votes in the first round – far ahead of other contenders. The FPÖ have undeniably become the country's first party. Germany is not spared; Alternative for Germany (AFD) gained 24% of votes during the regional election in the German state of Saxony-Anhalt last March.

Even though in these examples, far-right candidates did not form part of a government coalition (their role remains very minimal), this is not the case all over Europe. The Finns Party – having become the second largest party in Finland since the legislative elections in 2015 – is part of a government coalition. The minister for Foreign Affairs, Timo Soini originates from the party. 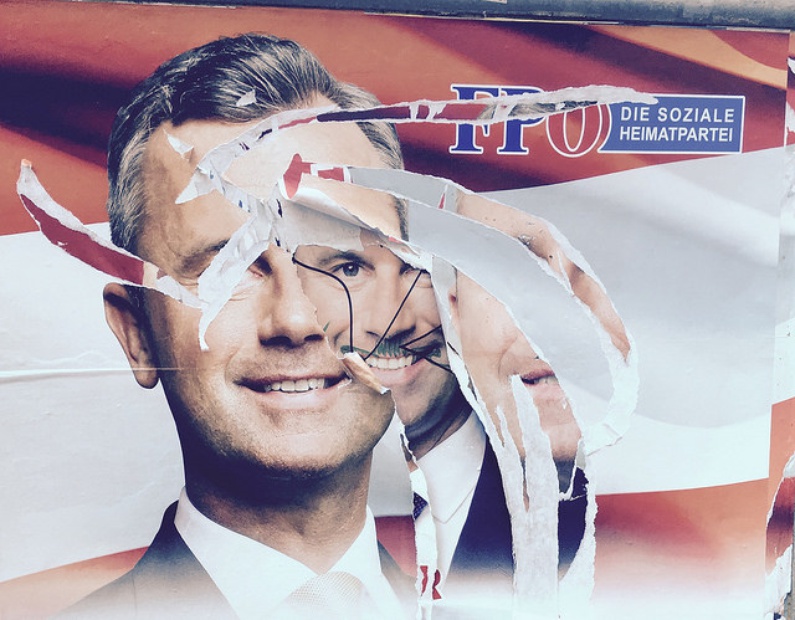 Whether for historical, cultural or social reasons some countries have so far managed to stem the far-right trend. In Spain, for example, populist parties are almost non-existent and achieved insignificant results in the December 2015 legislative elections (less than 0.05%). The same is true in Portugal and Ireland, where politics is still dominated by "traditional" parties.

Although countries where far-right parties are returning such high scores may be surprising for some people, many governments – especially in those countries that joined the EU in 2004 – are becoming more and more conservative, also flirting with populist rhetoric.

The Hungarian Prime Minister is the best illustration of this case. Viktor Orbán is well known for his sharp statements about the EU and especially its migratory policies. The far-right Jobbik supports the government on this issue.

From the left, one can also take the example of Robert Fico, the Slovakian Prime Minister. Equally, the last political developments in Poland are noteworthy, as the right-wing Law and Justice party came to power in October 2015.

There’s nothing to crow about. Even though the victory of the Austrian far-right in the first round is important, there are more questions we need to answer when it comes to why so many people agree with the FPÖ’s ideas.

We’ll need to keep a close eye on Europe's next election deadlines: the UK referendum on EU membership next month, or the French presidential elections in 2017. The polls are already giving high scores to populist parties, if not potential victories.