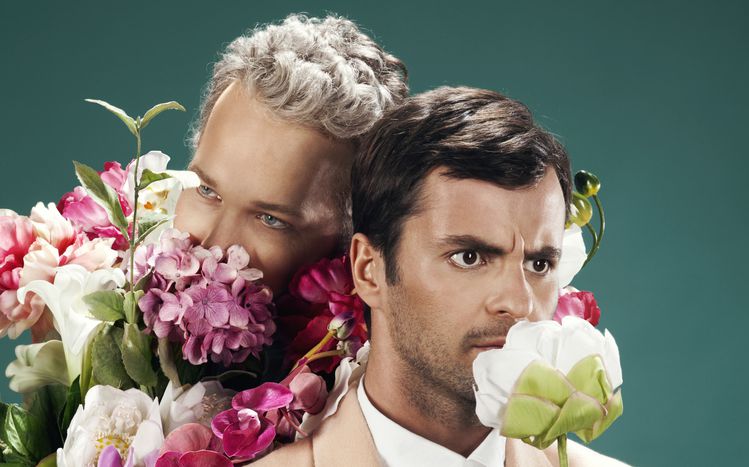 Polo and Pan in wonderland

In troubled times, two French DJs got together to form Polo & Pan. They have now recorded their first album as a tribute to love and optimism. What did they find down the rabbit hole? An imaginary world of forest canopies, remote beaches and flying fish.

A child runs down the street, waving his arms around. He yells unabashedly, zig-zagging and rollicking from one side of the pavement to the other. Some would find that image alarming. "This captivates us," Polo & Pan say in unison. "This image represents someone letting themselves go, having no fear of self-expression." Since 2013, the two Parisian DJs have been dedicating their music to their favourite theme: being carefree. They are often compared to Disney cartoons, and embrace a "sort of naïveté" that allows them to go back to instinctive and "essentially very simple things". On 19 May this year, Polo & Pan summarised three years of "cherished childhood memories" in their album Caravelle.

"These days, optimism is frowned upon"

With mischievous irony, the promotion of their album took place in a playground. Le Fantôme, a trendy bar in the 10th arrondissement in Paris, is a dimly-lit space filled with old arcade machines. Standing in front of a vintage Pacman game, Polo & Pan embody the part of French culture that still wears trainers with suits. The badges on their jackets depict the Caravel, a multi-coloured vessel that transports their music into an imaginary world rich with trees, rainbows, and narwhals. In the weeks leading up to the release of their album, each track was defined by a technicolour video clip - decorated with a very childlike appeal. Sunshine, bright colours, and the hint of an island. Is there a message in all of this imagery? "A tendency for optimism. We seek out the light wherever you can find it," they clarify. "We encourage things like kindness, love, and joy." This romanticised triptych could easily depict the group as a big cliché. But this is "intentional," according to the DJs who have already remixed the criticisms. "These days, optimism is frowned upon. This is simply because we all have trouble coming to terms with our own fragility. We always need to live inside of a hardened shell, a macho exterior. With everything that's going on at the moment, the whole world has regressed into an era of confinement and self-protection."

It's true that Polo & Pan have been recording music in strange times; it's difficult to make Mickey Mouse out of terrorist attacks and the rise of extremism. But the two thirty-somethings are determined to see the glass as being half full, and take this mentality as a source of inspiration. "Traditionally, as an artist, you have to dive to the depths of your depression to become successful. We do exactly the opposite: we go searching for our most beautiful memories when we write songs." One track in Caravelle lends itself particularly well to this method. "Plage Isolée"  ["remote beach"] was composed in November 2015 as a direct and upbeat response to the Paris attacks. "We locked ourselves away in the countryside, and rather than saying: 'We're going to grab Kalashnikovs and go fuck up some terrorists,' we prioritised love and optimism." With lyrics like "these glances we exchange" and "delightful seashells," the isolated beach becomes a sort of refuge for the duo. "It's a kind of escape," they confirm. "We're from a Care Bear generation that has never lived through a war. With our childish eyes, it's difficult to confront that reality."

Mick Jagger and the Space Jungle

When Polo met Pan, he didn't see the world through childlike eyes. "I was in the process of walking through the valley of the shadow of death," confesses the curly-haired half of the duo. Alexandre, nicknamed 'Peter Pan' in the musical scene, has a reputation of being more light-hearted. "Alex has the ability to bring joy through his mixing style," Polo says, whose real name is Paul. "Collaborating with him was like therapy." Pan is still surprised by his friend Polo's dark side. "I felt at once that he was someone who was going to welcome me into his little dreamworld," he recounts, "Paul worked on a lot of projects about the sacred, and hypnosis. It was this part of him, both mysterious and welcoming, which convinced me to keep going with our collaboration." The two DJs met for the first time at the Baron, a Parisian club which has become legendary in the capital's clubbing scene. But the two men, who alternated sets behind the turntables, insist that at the time it was "dedicated to the art of partying, and somewhere where Mick Jagger was just another guest. Most of all, it was our laboratory," Paul explains, "we did whatever we wanted to do. That meant we could take risks."

To build their Caravelle, Polo & Pan began sitting down and sharing their childhood memories with one another. This discussion led to things like The Wizard of Oz, Mutiny on the Bounty, or The Jungle Book. But the conversation soon turned to travelling. Caravelle would be the means of travel, and each track would be a destination. While the idea is travel, the source of inspiration remained their imagination. "In the end, there are only a few places we actually went to," Polo explains. "For 'La Canopée' [The Canopy'], for example, we didn't go to the Pacific Equatorial Forests. Still, from dreams and films, we already had a very clear vision of what they were. Music is also a way to visit these imagined landscapes." "In the end, the thread that ties the album together is its soundscape," Pan continues. "The sound had to be the metaphor for travel. Once we had found our thing, we could travel anywhere we wanted to go." Their "thing" was the Space Jungle. What started as a joke soon became a way for the duo to define their work. "It's not just a style, it's more like a way of making music. We are always trying to bring together two completely opposing ideas, like very ancient music with hi-tech production." 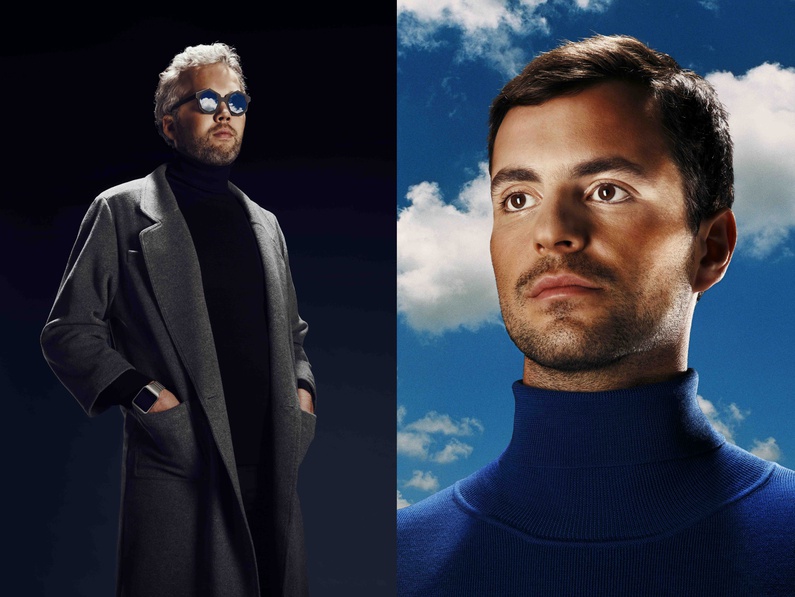 Across the whole album, Caravelle plays with sounds from bossanova, cumbia, electro, pop... "Polo & Pan doesn't conform to any stereotypes," Alex clarifies: "We have too many fantasies to confine ourselves to any one style." Truthfully, the two DJs have remixed so many different sounds that investing in one particular genre is impossible. On one hand, Polo decorates the Caravelle with his musical experience with the Moroccan Gnawas, descendents of former sub-Saharan slaves. On the other hand, Pan enriches the duo's compositions by means of his collective project Radiooooo.com, a map where you can discover songs from all over the world, by decade and style. "Essentially, you quickly realise that it's been a long time since any new musical genres have been invented," Polo interjects. "Up until they invent a new instrument that creates a new style of music, all you can do is mix it all up."

Polo & Pan's desire to escape has led them down the same route as a typical French scene. Papooz, L'Impératrice, Jacques and Isaac Delusion are all bands that have decided to create an imaginary world out of a little bit of paradise and musical syncretism. "None of us are making the exact same music, but we do feel very close," Alex confirms. "These are people who don't try to belong to anything, and we're proud to be part of this nameless, genre-less generation." So much so that the two artists think this new wave could become a phenomenon. Perhaps we shouldn't be surprised to see adult children running down the streets waving their arms around wildly.