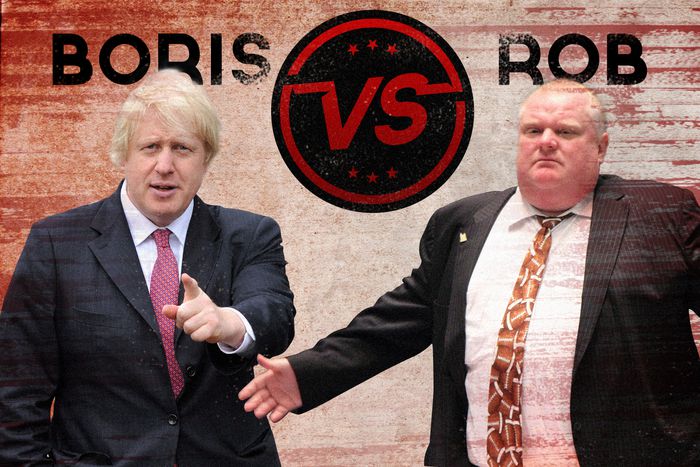 Two seemingly polite nations, the UK and Canada, have managed to spawn two of the brashest elected officials in recent memory, both of which add a certain spice to municipal politics. In honour of Boris Johnson's 50th birthday, two of cafébabel's English editors decided to stage the ultimate Battle Royale between two notoriously brash mayors from their respective countries: Boris Johnson, the mayor of London, and Rob Ford, the mayor of Toronto. Together, we have compiled a list of their most infamous rants, musings and conjectures that will leave you flabbergasted as to how they were elected to run two of the largest cities in the English-speaking world. Who will win the title of world's crudest mayor?

"Look, I'm rather pro-European, actually. I certainly want a European community where one can go off and scoff croissants, drink delicious coffee, learn foreign languages and generally make love to foreign women."

“Voting Tory will cause your wife to have bigger breasts and increase your chances of owning a BMW M3.”

"As I write these words there are semi-naked women playing beach volleyball in the middle of the Horse Guards Parade immortalised by Canaletto. They are glistening like wet otters and the water is splashing off the brims of the spectators’ sou’westers." 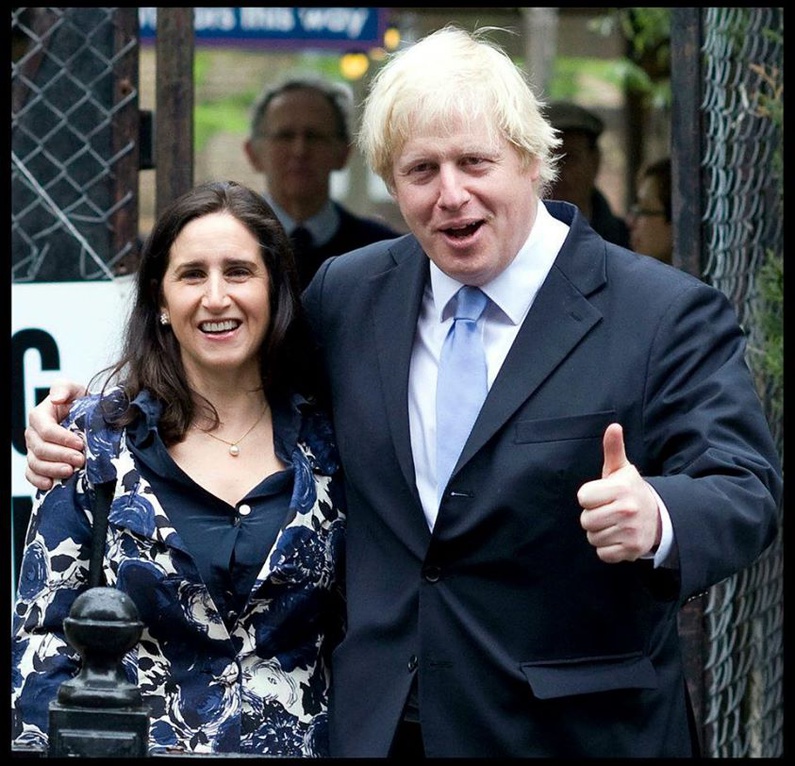 Boris is an astute urban-sociological analyst: “We seek cities because there are a greater range of girls at the bar, of reproductive choice. But above all, talented people seek cities for fame. They can’t get famous in the f***ing village.”

So Bo Jo, why do women go to university? “They’ve got to find men to marry.”

“I've slept with far fewer than 1,000”— Boris expertly repairs his reputation after being fired from his position as Shadow Arts Minister for lying about his affair.

So Rob, what's the secret behind your success with the ladies? “Women love money. You give them a couple thousand bucks and they’re happy.” 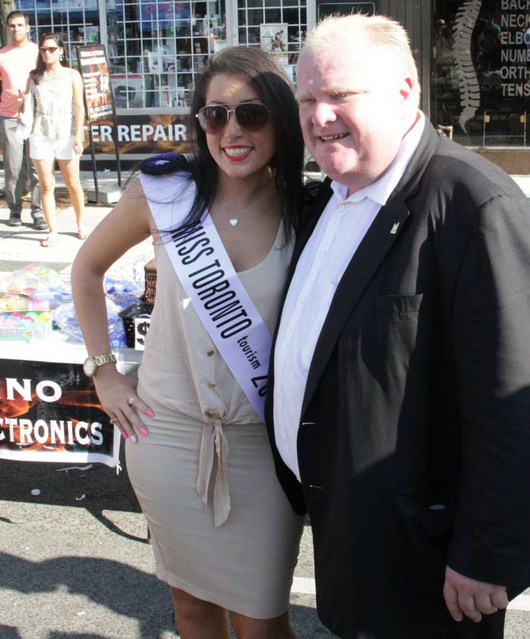 Rob offers 'mentoring' for aspiring female politicians, leaves no details about what this entails. “I’ve had a lot of people who’ve been calling me — I don’t know what it is — the last couple weeks, about wanting to get involved in politics, or you want to run. I’ve always encouraged people — especially females. We need more females in politics. And it seems everyone says, ‘Oh, it’s male-dominated.’ Well, call me. Call me at home — 233-6934, 416-233-6934 — and [I’ll or we’ll] go for a coffee, and explain how politics works. You have to be over the age of 18, a Canadian citizen, and live in Toronto. And the rest is up to you, how hard you want to work.”

Ford raging over allegations of asking an ex-staffer for oral sex. “Oh, and the last thing was Olivia Gondek, that I wanted to eat her pussy. I’m happily married. I’ve got more than enough to eat at home.”

"If gay marriage was OK – and I was uncertain on the issue – then I saw no reason in principle why a union should not be consecrated between three men, as well as two men; or indeed three men and a dog.”

But at a 2013 gay rights event he changed his tune, sort of… “I’m delighted that as of this autumn any young man will be able to take his chum up the Arsenal...and marry him.”

Rob's medieval medical advice: “If you are not doing needles and you are not gay, you wouldn’t get AIDS probably. That’s the bottom line...How are women getting it? Maybe they are sleeping with bisexual men.”

Did you, or did you not, have relations with the crack pipe? Despite fervently denying smoking crack, he finally admitted it after a video emerged in May 2013. “Yes, I have smoked crack cocaine. Probably in one of my drunken stupors.”

"F--k bro, I'd pound this every day," Ford referring to shots of alcohol in another one of his drunken stupors. He then threatens someone who cannot keep up to his boozing: "If you don't get a shot in two seconds, I'm going to knock your f--king teeth out." Keep it classy, Canada!

“I think I was once given cocaine but I sneezed so it didn't go up my nose. In fact, it may have been icing sugar.” Boris pretends to be more prudish, but he knows we know he dunnit — how could he not have, spending his uni years on the rampage with the Bullingdon club?

“It [cannabis] was jolly nice. But apparently it is very different these days. Much stronger. I've become very illiberal about it. I don't want my kids to take drugs”. Boris’ alleged intelligence fails him here — if it’s stronger, just smoke less, but don’t deny your kids the right to something so “jolly nice”.

In 2008, BJ insulted 1.3 billion people with one soundbite at the ceremonial handover of the Olympic flag from China to Britain…

"Ping-pong was invented on the dining tables of England in the 19th century, and it was called Wiff-waff! And there, I think, you have the difference between us and the rest of the world. Other nations, the French, looked at a dining table and saw an opportunity to have dinner; we looked at it an saw an opportunity to play Wiff-waff. And I say to the Chinese, and to the world, that Ping-pong is coming home!"

“Bumbaclot, mon.” – Ford ranting in a Jamaican accent at a fast food restaurant in January 2014 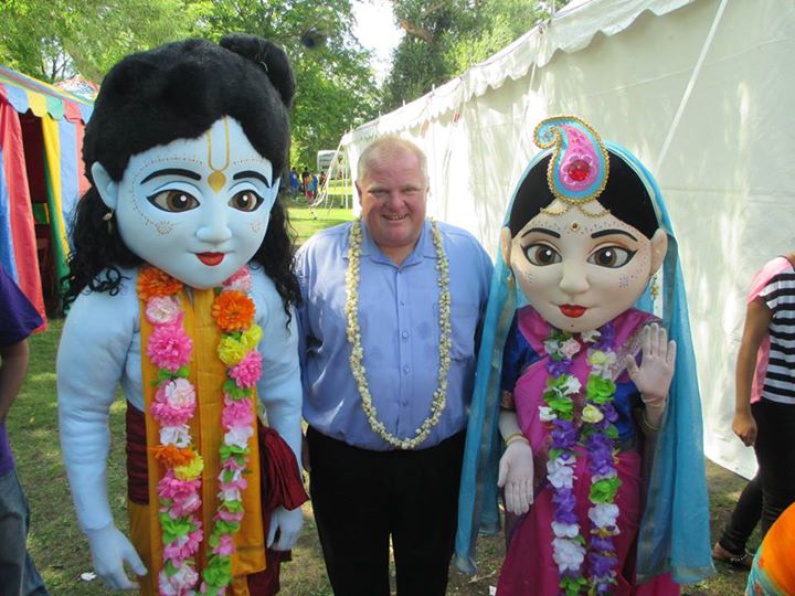 “I don't believe that economic equality is possible; indeed some measure of inequality is essential for the spirit of envy and keeping up with the Joneses that is, like greed, a valuable spur to economic activity."

Homeless people not welcome. “This is an insult to my constituents to even think about having a shelter in my ward!” 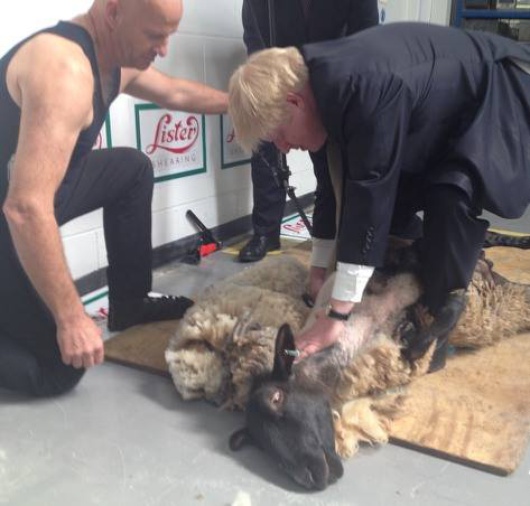 After five cyclists were killed in London in nine days, Boris blamed the bikers themselves: “Some of the cases that we've seen in the last few days really make your heart bleed because you can see that people have taken decisions that really did put their lives in danger.”

It's a shark eat bike world out there. "What I compare bike lanes to is swimming with the sharks. Sooner or later you're going to get bitten...Roads are built for buses, cars, and trucks, not for people on bikes. My heart bleeds for them when I hear someone gets killed, but it's their own fault at the end of the day."

“My chances of being PM are about as good as the chances of finding Elvis on Mars, or my being reincarnated as an olive.”

He hates Tony Blair: "It is just flipping unbelievable. He is a mixture of Harry Houdini and a greased piglet. He is barely human in his elusiveness. Nailing Blair is like trying to pin jelly to a wall."

And of course he hates Nick Clegg, who he says is only in government “to fulfill a very important ceremonial function as David Cameron's kind of lapdog-cum-prophylactic protection device (condom).”

If Ford can't vote Tory, he considers his alternatives. "I can't vote Liberal 'cause I don't like what [Ontario Premier Kathleen] Wynne is doing. Not because she's gay. I just don't like corruption. NDP? I'm just not left wing. I might have to vote Green." 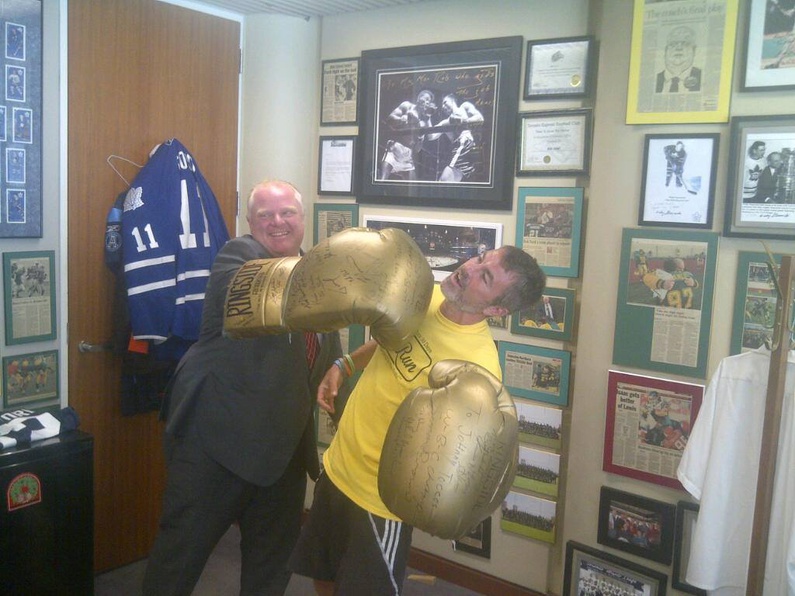 Hockey or death! Ford's reaction to being asked to be quiet at a Maple Leafs game: "Are you some kind of right-wing commie bastard?... Do you want your little wife to go over to Iran and get raped and shot?... Green party fucking rules."

Rob holds journalists in particularly high esteem. Exhibit A: “Bunch of maggots…Sorry, maybe I shouldn’t have said that.”

Exhibit B: “It’s typical media: you guys are the same, you’re all cut from the same cloth, you guys can spin it any way you want.”

Bojo was recorded agreeing to help his Eton amigo, convicted fraudster Darius Guppy, find a journalist he wanted beaten up: “How badly are you going to hurt this guy?... OK, I've said I'll do it, I'll do it.”

Bojo was sacked from The Times for falsifying a quotation from his Godfather, Colin Lucas, who later became vice-Chancellor of the University of Oxford.

Boris professes that only you can overcome your lethal cheese addiction. “There is absolutely no one, apart from yourself, who can prevent you, in the middle of the night, from sneaking down to tidy up the edges of that hunk of cheese at the back of the fridge.”

Other Pearls of Wisdom

Bo Jo on Prince Harry's scandalous behaviour: “I think it’d be disgraceful if a chap wasn’t allowed to have a bit of fun in Las Vegas. The real scandal would be if you went all the way to Las Vegas and you didn’t misbehave in some trivial way.”

Fordy declares his love for a fountain. “The sprinklers are going non-stop and the kids are running around the sprinklers, which I thought was an absolutely phenomenal idea which I want to look into.”

Who would you vote as the world's crudest mayor? Boris or Rob?