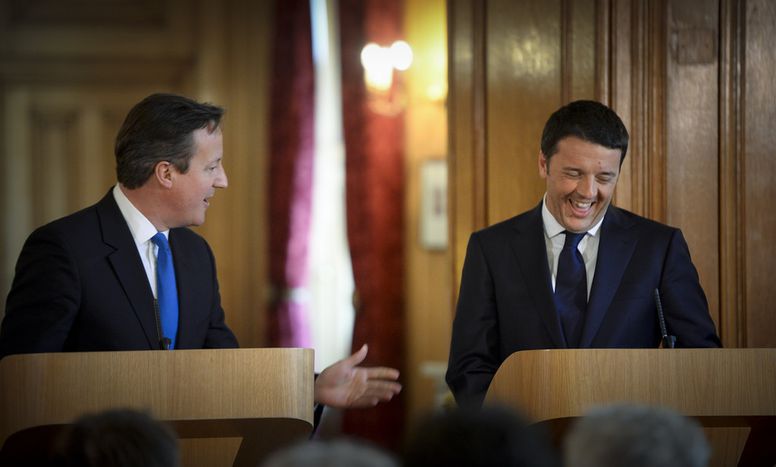 Political polyglot - Do you know a better oxymoron?

On the occasion of the European Day of Languages, we would like to remind you why it's a good idea to learn foreign languages, using the powerful elite of Europe to illustrate our point.

When, using a foreign language, you sound as if you were speaking in your mother tongue, we observe a phenomenon called 'phonetic domestication', which aims to bring together all languages spoken in the world in order to create one common language.

In the next episode, Matteo Renzi remixes the Italian national anthem for you.

Reportedly, after this performance of the Polish MP, Queen Elizabeth II called him on the phone asking if he would consider moving to London and reading her aloud the poems of Lord Byron every evening.

According to the new project of the French Ministry of Culture, the English language will completely replace French as the official language in the country by 2020.

An optimistic accent for the end of our humble selection. Nick Clegg speaks not only fluent French, but also Dutch and Spanish. Reportedly, Nigel Farage said that the reason behind these outstanding linguistic skills is the fact that Clegg has been possessed by evil spirits since 2009.