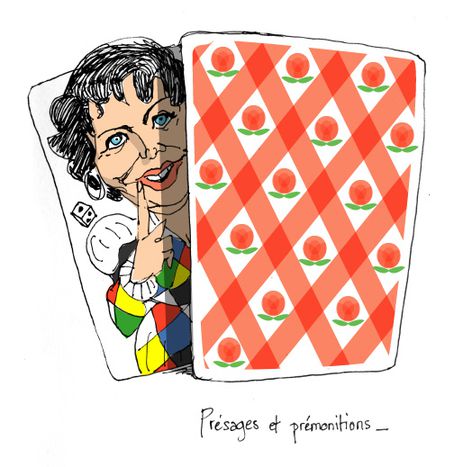 On 24 January the wife of disgraced former IMF head Dominique Strauss-Kahn, Anne Sinclair, made her debut as the editor of the first European version of the American news website Huffington Post.  Our French, Spanish, Polish, German, Italian and British editors react on the choice 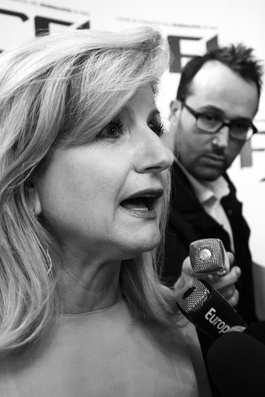 ‘Anne Sinclair becoming the editorial director of Le Huffington Post, a pure player site, is a typically American choice that is not going to work at all in France. The 63-year-old, who was born in New York, is more popular amongst housewives and readers of women’s magazines than on the internet where public opinion often varies. As a nineties-era television presenter, Sinclair has no experience in being an online journalist.

In Italy, numerous big names in journalism went from being in charge of a TV station to editing a newspaper, or from working at a press agency to switching to radio. For example, figures such as Gianni Riotta didn’t do well at the Italian newspaper Il Sole 24Oreafter being in charge of Rai Uno, Italy’s leading television station. The idea of Anne Sinclair being in charge of the French version of the Huffington Post is a people’s choice. Online journalism in France depends on its originality and quality editorial teams. So many elements involved make it the best there is in Europe. If Arianna Huffington sticks with her choice, I doubt she will manage to keep it that way.’

'From the point of view of the United Kingdom, we fall sorely short of the comings-and-goings of media-political couples from countries like France and the United States, where power couples magnetise and shape the boundaries of their fields. Our politicians seem to marry lawyers or barristers such as Miriam González Durántez, wife of the deputy prime minister Nick Clegg (although there is the case of MP Tessa Jowell who got into hot water for the goings-ons of her Berlusconi-loving lawyer husband David Mills). Their partners might work in PR (Sarah Brown) or business (Samantha Cameron), or alongside them (Richard Timney, who was embroiled in the MP expense scandal and is the husband and parliamentary aide of the former labour home secretary Jacqui Smith).

It's far beyond us to see anyone connected to a sex scandal rise to a position as Anne Sinclair, wife of Dominique Strauss-Kahn, has done as editorial director of the Huffington Post's first European launch, or Hillary Clinton to secretary of state today - and that is withstanding their legitimacy for these roles. The long-suffering faithful wives of dirty rats probably know that something's in it for them at the end. Conflict of interests is a murky business at the best of times. Just look at our Murdoch of a society and the past year's goings-ons to see what Britain is about. Sex and power just stick harder than mud here more than they do in other 'more accepting' societies - or let's say, societies where the rules have been clearly defined for decades.’

In Germany, I can only remember one example off the top of my head, of the tabloid journalist Doris Köpf and former president Gerhard Schröder. Whilst Köpf resigned due to the political function of her husband, it is shady to have Madame Strauss-Kahn as the new editor of Le Huffington Post. She has been crowned as the woman of the year in 2011 and will bring the newspaper the publicity it needs. Does she possess the necessary internet-related competences when she practically hasn’t worked ever since the dot-com bubble burst? Is it really a mere coincidence that Strauss-Kahn’s former PR officer at the international monetary fund (IMF) was dealing with the communication surrounding the launch of the French Huffington Post?’

‘A good journalist has to be capable of dealing with information as objectively as possible, leaving his or her personal interests behind. Huffington Post's editorial move is Sinclair, a message which provides it with the notoriety it needs to attract as many readers as possible. In any case, I find it really sad that this woman should struggle with being the wife of Dominique Strauss-Kahn for the rest of her life, even when it comes to the professional aspect of it. It’s as if every time a woman succeeds, we want to question her competences or ask ourselves how she got there.’

‘At first the decision didn’t shock me. Anne Sinclair remains one of the best French journalists, despite the fact that she hasn’t got any experience in online journalism. After all, she was writing a blog on US current affairs (from June 2008 to May 2011) when DSK was arrested. The problem is just her job as the editor. It is quite a vague and almost honorary status; its clarity is overshadowed by two specific functions in the management team, the posts currently occupied by David Kessler (director of public affairs) and Paul Ackermann (editor-in-chief). So apart from personal issues, ethical questions and conflicts of interest this appointment could cause, what is it that Anne Sinclair is going to do? She will be ‘networking’. That does worry me because the likes of MP Julien Dray and former justice minister Rachida Dati, who are rumoured to be contributing to the publication, aren’t journalists.'