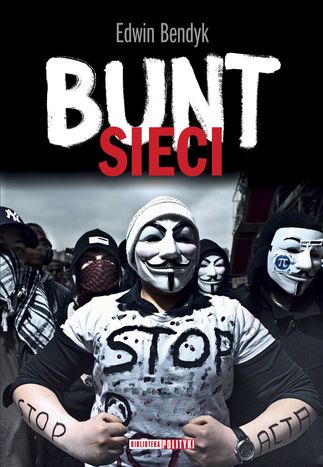 Polish youth, the ‘digital natives’ taking over in 2030

Who are the 'net generation'? What has pushed this ‘generation Y’ onto the streets to fight for their rights, and how unexpectedly? Edwin Bendyk, a Warsaw-based futurist on the impact of high tech on our civilisation and journalist with the popular Polish weekly magazine Polityka explains. His book The Network Protests (Bunt Sieci) was released on 4 April

cafebabel.com: Edwin, is the notion of the ‘net generation' a more worthy nickname for 'generation Y'? 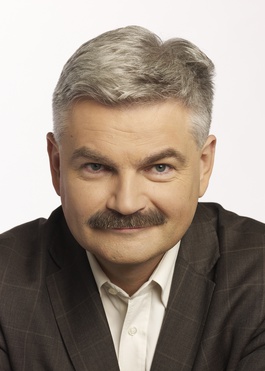 Edwin Bendyk: It is risky to use such a broad categorisation in an era of individualism. The birth of a 'generation' can be significantly influenced by the common challenges that representatives of a particular age span must face - the job market and infrastructure, cultural offer, etc. In this sense, the ‘net generation' visibly fit the characteristics of 'generation Y' quite well: they are very agile, individual consumers who are able to take action for a common cause or project. Once the Acta (‘anti-counterfeiting trade agreement’) issue cropped up, the Poles went onto the streets. The same story repeats itself whenever a bank is acting in an 'inelegant' way. A lack of trust in institutions is characteristic of young Polish people. They don't count on the state to resolve their personal problems; the state is not to bother them.

cafebabel.com: The protests show that these 'digital natives' have been suppressing their revolutionary potential for a long time? Or are they typical youth manifestations?

Edwin Bendyk: My favourite example is when the lead singer of U2, Bono, started singing New Year's Day at a concert in Chorzów, southern Poland, in 2005. The audience recreated a huge red and white flag. They did not know each other, but tens of thousands agreed to a common action launched by a single fan. Could these kind of social competences ever be used in any other, more political way? Digital natives have long been organising large scale events with the aid of digital tools. Neither the flag nor the anti-Acta protests were examples of typical youth manifestation – they had different objectives, but similar ways of action for expressing something very important.

cafebabel.com: Why were the Acta protests the loudest in Poland?

Edwin Bendyk: Our network is rather average, but the sum of incidences and structural factors, have created an explosive mixture. The anti-Acta protests fit into the contemporary atmosphere, as the day before the Polish manifestation took place, the USA had witnessed a highly mediatised protest against Sopa and Pipa. The internet is an extremely important public space for self-accomplishment and autonomous actions in Poland (and particularly for those young people who have been pushed out of the public arena). Once they noticed that their rights have been endangered, they had to react.

cafebabel.com: You blog that 'the anti-Acta protests questioned the legitimacy of the current model of development, shedding a light on the illusions on which it was created'. What was the most disillusioning for the net generation?

Edwin Bendyk: Since 2008 we're observing a lowering of educational aspirations of the Polish youth. A willingness to study is not enough to create a knowledge-based society that will take full advantage of a knowledge-based economy; it is not enough to have the two million students we currently have. The right infrastructure is necessary: libraries, more academic staff, access to culture and an educational system based on quality teaching. It is not enough to build stadiums in order to turn our cities into European metropoles. We are living an imitation of modernity, which has been questioned by the protesters.

cafebabel.com: If protests have their origins in inequalities, will a free internet be a guarantee of peace?

Edwin Bendyk: Free internet is a utopia. The media's critical analysis is proof of how interrelated they are with power and capital. Internet can well be the 'opium for masses', but it can as well constitute a tool for management of our individual autonomy. This in turn, opens up a whole world of possibility of control and monitoring of an individual's actions. There won't be any leap to the kingdom of freedom.

cafebabel.com: In your most recent book The Network Protests, you say that if it weren't for wikipedia, Polish students would actually be denied any reasonable and legal educational content. Do you believe that one day the European educational system will make use of the open access system?

Edwin Bendyk: Open access to knowledge is a reality and is continuously being developed. The broad consensus among the world's academics is about protesting against the traditional model of education.

cafebabel.com: Is the current revolution another 'fall of the wall' ?

Edwin Bendyk: We're witnessing one of the symptoms of a complicated and long-lasting process which is similar to the one that followed the invention of the Gutenberg printing machine in 1440. This process will last. It has already been shocking us, thus we can be sure that it will shock us even more in the years to come.

cafebabel.com: Your book claims that by 2030 the digital natives will have come to power. Should we be laughing or crying?

Edwin Bendyk:2030 will be more or less the time when they will have a key meaning in the social structure. However, this is not the only reason why the world will be different. We can’t tell now, but it could become a better place.