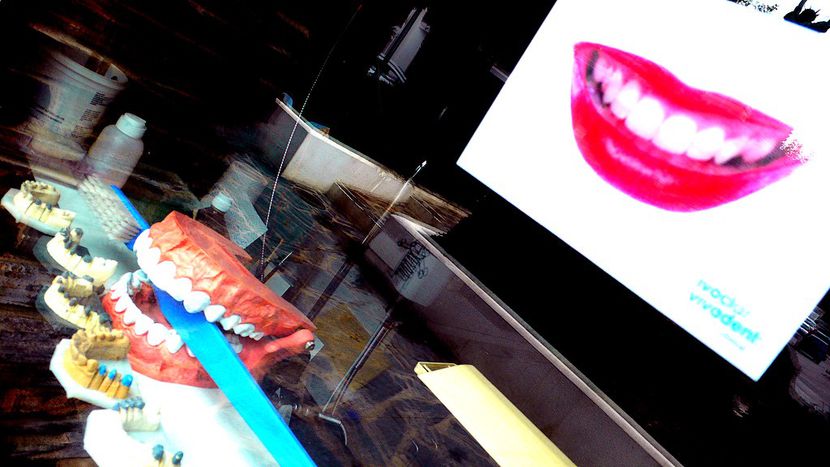 Polish your smile in Poland: medical tourism in Warsaw

Frenchman Fabrice lives and works in Dublin but gets his teeth checked in his partner's home country, Poland. The idea is practical what with the ease of mobility within Europe - but would you be prepared to fly to your dental surgery instead of taking the bus?

On the overhead lockers of a budget airline plane, advertising stickers show a young blonde woman in white overalls, inviting passengers to 'polish their smiles' in Poland. The advert boasts of the services offered by Polish dentists: treatments which are cheaper and quicker than those available in western Europe… A dental implant can cost anything up to £3, 000 in the UK, but could be 70% cheaper in eastern Europe.

Fabrice didn’t need an advertising campaign to convince him to seek treatment abroad. The 32-year old Frenchman has lived and worked in Dublin for six years and is in a good financial position. However, he no longer pays social security contributions in France and believes that the Irish health service is 'too expensive and not efficient enough'. That's why he often goes to Poland, the home country of his partner Monega, for any routine treatment, from eye tests or dental crowns. 'With the cheap airline connections, I can get treatment in Poland for a quarter of the price. And I get to see my in-laws too.' But as yet the medical tourism phenomenon is somewhat below the radar – not even the world tourism organisation (WTO) can provide the relevant figures. In Warsaw however, two websites – Medical Tourism in Poland and Medical Tourism Abroad Poland – shower praise on the concept of medical mobility. But quelle surprise, one site doesn’t respond to emails or phone calls, and the other’s offices are empty, but for two Formica desks covered in piles of cigarette butts.

Time to give up on the web and head for a well-established source: the Warsaw tourist office information desk. The assistant scribbles the names and addresses of ten or so private clinics on a post-it. Damian Center, a private hospital much appreciated by Poland’s rich and famous, has several centres spread across the Polish capital, including one in the southern part of town. The signs are all in English. A framed 2002 European certificate hangs in the lobby: everything contributes to the impression that this is the benchmark of medical tourism in Poland. At the reception, however, no member of staff speaks English.

'For the clients it’s a chance to visit the city'

The person behind the clinic’s publicity campaign is Justyna Maerowicz, a medical assistant struggling under the weight of the vast number of files handed to her by a continuous stream of practitioners. She talks proudly about three clients she will welcome this summer: a Polish woman now living in Germany, an English woman and a man from Monaco. 'A few months ago, we were welcoming seven or eight people each month,' says Justyna. 'But problems with our internal organisation meant that we had to reduce this aspect of our work. Our main objective was to maintain our position in Warsaw.' Having previously been part of a three-person team, Justyna is now alone in charge of this work. 'We need to do some real marketing work, but I can’t do it all by myself. Developing this side of our services isn’t even the main part of my job…' A new website will soon be created, since foreign clients most often make contact via the internet. At their request, the medical assistant can arrange a hotel for them. However, on the practitioners’ side of things, each member of staff seems to have their own vague ideas. Although they share a genuine enthusiasm for these potential patients from the UK and Germany, no-one seems to have any more specific information: 'It gives us extra work and recognition of our knowledge and skills!' says dentist Damian Niemczyk. 'For the clients, it’s a chance to visit the city.'

But not everyone is prepared to entrust their health to a doctor based hundreds of kilometres away from home. On the upper floor of a shopping arcade in central Warsaw, a surgery originally established by Portuguese medical staff looks more like a conference centre than a clinic. In the reception area the walls and furniture are slick metallic grey. A suited man taps away on his laptop. 'Most of our clients are Poles who now live abroad. They don’t trust public healthcare and take advantage of a trip home visiting family to also receive dental treatment.'

Other clients cross borders in search of treatments which are banned or hard to find at home. Such medical mobility was not expected when the European Union was opened up. 'The first people to do this were the Russians, back in the 1980s,' explains Béatrice Majnoni d’Intignano, economist and author of Health and Economy in Europe. 'In Saint Petersburg, a clinic was already offering laser eye surgery.' But this type of medical mobility is still only practiced by a minority, according to the economist. 'It is a good thing, in the sense that pressure from this competition exposes weaknesses in national health services.' All the more so since the European commission requires that member states cover the costs of care provided in public hospitals within the EU. As a result, not even the Poles can escape this phenomenon. In western Poland, some expectant mothers prefer to travel to German maternity wards, which are of a higher standard than those at home. A few days before their due date they waddle across the border: the grass is always greener on the other side.