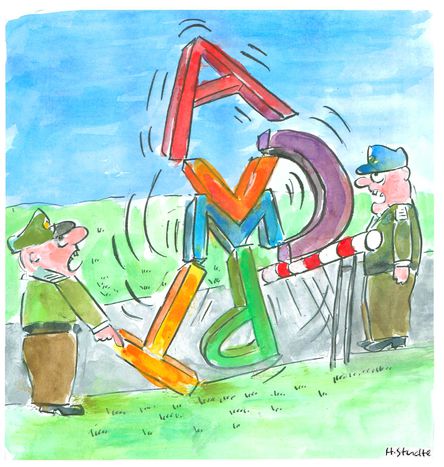 Polish vs Lithuanian language: is your surname 'bitch' or 'vulva'?

Whilst the likes of The Economist alarmedly predict a major energy-security-everything conflict between Lithuania and Poland over spelling, many in both countries aren’t even aware that the issue has reached such diplomatic heights. In fact Poles in general might be unaware of it at all - language dispute of the week

Ethnic Poles in Lithuania are well aware of the traps of the spelling row in their everyday life. Signs in Polish in Lithuania can be seen in predominantly Polish-speaking areas of Lithuania, such as on buses heading to these areas. The names of cities are not even as different as the German Köln is from the English spelling Cologne, such as Vilnius-Wilno, or Švenčionys- Święciany (north of Vilnius). The Lithuanian government wants these signs off.

Travel and living abroad plays a role in why spelling is more of a problem than it used to be. The disappearance of diacritics leads to many mispronunciations by foreigners, while many people in the west are more used to Polish spelling (sz, cz), and even more so – Russian. For example, Grebenshchikov is more likely to be pronounced correctly than Grebenščikov. Moreover, mispronunciation is not the worst thing that can happen - the meaning of the word may change completely. Personal names is a steaming hot issue which touches most people personally. Polish jazz singer Janusz Szrom would become Januš Šrom in Lithuanian, except srom means vulva in Polish! The rare surname Szuka would be transformed through Šuka to Suka, which means bitch in Polish and Lithuanian slang. In 2007 in neighbouring Latvia, a lawsuit was filed to the European court of human rights by two Russophone residents named Shishkin, or Šiškins. The standardised transliteration Siskins is close to the word sis’ki - the Russian for tits.

Lithuanian and Polish resembled each other more before the Lithuanians adopted some Czech letters in their language: Č is ch, š is sh and ž is the French j (zh) in the early twentieth century. The letters q and x do not exist in the Lithuanian or Polish alphabet. Polish uses w, but Lithuanian doesn’t. Lithuanian uses the Polish diacritics (ogonek) ą, ę, but it adds its own į, ų. The difference is that whilst the Polish ogonek adds a nasal sound, in Lithuanian it lengthens the vowel. In standardised references such as identity cards for foreign use and emails and, until recently, in everything that has to do with computers, all diacritics have to be dropped in Lithuania.

Lastly, to make things more complicated, masculine nouns function grammatically only when an ending is glued to them. This is usually -as or –is, and it’s not compulsory in the documents of ethnic minorities, but is nearly always used in the press). So beware Karol Wojtyła (aka Pope John Paul II), who is Karolis Vojtyla in Lithuanian, Lech Wałęsa who becomes Lechas Valensa, famous poet Adam Mickiewicz(Adomas Mickevičius) and writer Czesław Miłosz (Česlovas Milošas). Well, at least the suffix is -as, and not -ass.