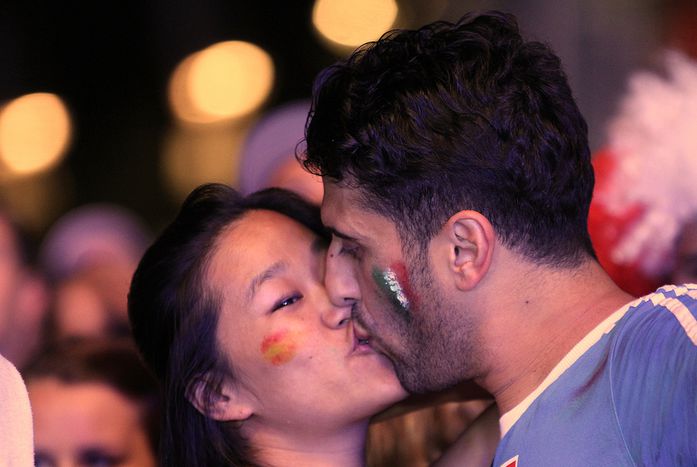 Euro 2012 ended on 1 July with Spain's 4-2 victory over Italy in the final in Ukraine. The championship leaves an important legacy in its co-host countries, said Uefa president Michel Platini. Commentators criticise Uefa's all-powerful role; the tournament failed to strengthen the bonds between Poland and Ukraine

The clear winner of the euro 2012 football championship is Uefa, the German daily writes, warning against further commercialisation of the event: ‘The sale of the marketing rights and tickets brought in revenues of more than 1.3 billion euros. Business is only going to grow: starting with the euro 2016 in France, 24 countries will participate in the group stage of the tournament. The fact that this will lower the sporting quality of the event is accepted in return for the expected higher profits. But the financial success also has its ugly side. The few hotels available in Ukraine were blocked by Uefa for their so-called 'families' - or members and business partners - and only Uefa's drivers had free access to what was supposed to be public parking at the stadiums. It will only become clear in a number of years whether the two host countries count among those who earned money on the European championship, once the billions of euros in investments in the stadiums and infrastructure have stood the test of time’ (Peter Heß)

European football championships don't really bring the countries that co-host them together, writes the Swiss liberal-conservative daily, arguing that the Uefa simply used the competition to stage a commercial mega event: ‘That Poland and Ukraine would host the championship together as a call for the two countries to draw closer to each other remained an empty promise. Little of this could be seen. What took place in Poland had nothing to do with what went on in Ukraine. Admittedly this is nothing new, but it was much more apparent than for instance in 2008 when Switzerland and Austria did their European championship in Geneva and Klagenfurt: in cool Gdańsk the whole Euro experience was a different one to in hot Donezk almost 2, 000 kilometres away. 'Creating history together' - the Euro trademark slogan mercilessly exposes the hollow core not just as a co-event: writing history together, but according to the terms dictated by the Uefa trademark’ (Stephan Ramming)

In a survey conducted by the Polish liberal daily, 90% of the Poles included rated the euro 2012 as ‘excellent’. This survey can't be taken seriously because the respondents were carried away by a prevailing mood without thinking about the cost of the event, the conservative daily notes ironically: ‘Of course there is no doubt that the enthusiasm expressed here is the product of careful consideration. The respondents no doubt really are so happy with the euro 2012 yet at the same time know exactly how much the city of Warsaw spent on organising the event - not to mention the entire state. They're also no doubt aware that the closure of more schools and the axing of kindergarten places, as well as higher prices for public transport and parking spaces that are bound to come soon will mainly be due to the costs incurred by this undying event’ (Łukasz Warzecha)

After the euro 2012 final in which Spain beat Italy, the Lithuanian internet portal is delighted that the tournament has dispelled northern European prejudices about the south: ‘The stereotype of the lazy southern European usually flourishes in the summertime when the northern Europeans, exhausted by their mind-constricing principle of order, travel to the Mediterranean on holiday. Last week you didn't need to go anywhere. The Mediterranean pushed its way right into the homes of the northern Europeans via their television screens. Night after night the waves of the European football championship saturated their homes with southern Europeans and their mentality, which, as it turns out, is superior to that of the north. If we look at the results of the European and world championships over the past ten to fifteen years, we see the Italians' washing hanging out to dry, the Spanish siesta, the Greek philosophy and the French brioches. We see indebted Southern Europe and its motto for survival, 'Life is beautiful!', to which so many who live north of Munich are allergic’ (Paulius Jurkevičius)

Spanish prime minister Mariano Rajoy announced further drastic austerity measures for the coming weeks on 2 July. In his blog Ignacio Escolar harshly criticises a head of government whom he says conducts his policies virtually in secret, seldom explaining them to the media: ‘So we can expect further cuts in July - creeping up on us in mid-summer. Probably they will be passed in the final cabinet meeting of the month, on the last Friday before August while the olympic games are beginning and half the country is on holiday. Without a parliamentary session or a debate on the state of the nation. Perhaps they will be announced in a press release, or a press conference held by Rajoy's deputy Soraya Sáenz de Santamaría at which, as usual, Rajoy himself won't be present. With a little luck we may see Rajoy before September in another interview - on the olympic games - provided we make it to one of the finals. So far the prime minister has given four interviews - two on his policies and two on football’ (Ignacio Escolar)