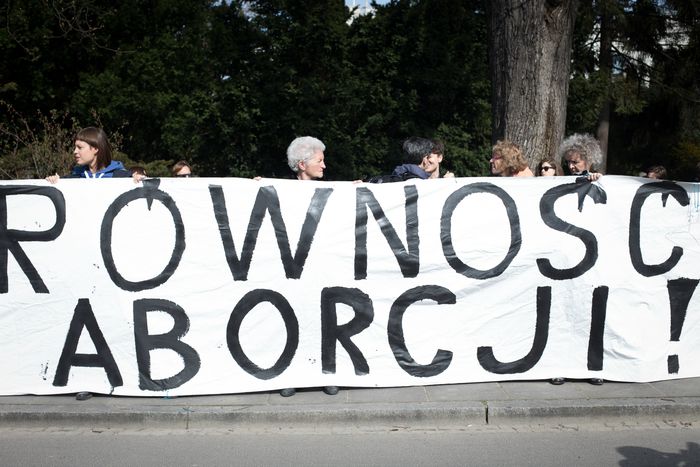 On Sunday the 3rd of April, the streets of Polish cities were flooded with demonstrating Poles – both men and women – outraged by a new civic bill proposing a total ban on abortion. Protesters not only armed themselves with placards, but also with coathangers – the simplest and most terrible tool, which in the past was used by desperate women to terminate their pregnancy.

The protests were a reaction to the announcement – made by the Polish episcopate and the ruling party Law and Justice (Prawo i Sprawiedliwość) – to introduce a total ban on abortion in Poland.

Currently, abortion is permitted in three cases: where the pregnancy poses a threat to a woman's life, where there is a likelihood of a serious and irreversible impairment of the fetus, or where there is reasonable suspicion that the pregnancy is the result of a crime e.g. rape. If the new bill sees the light of day, these three exceptions will cease to exist.

How did we get to this point? It began with appeals from bishops to introduce a total ban on abortion on the anniversary of the "Baptism of Poland" – the arrival of Christianity in the country in the year 966. Then, representatives of pro-life organisations drafted amendments to the anti-abortion law – developed by staff of the Institute Ordo Iuris –which was then submitted to the Speaker of Polish Parliament. If, within three months, 100,000 people have supported the project then it will enter the deliberation stages by autumn at the latest.

Both, the chairman of the ruling Law and Justice party Jarosław Kaczyński, and the current Prime Minister Beata Szydło have expressed their support for the new law.

Alongside street demonstrations, Internet users are also loudly protesting against the introduction of a total ban on abortion. A Facebook group called Dziewuchy Dziewuchom (Girls for Girls) launched an initiative to protest in front of Parliament. The group also enables an exchange of ideas for other future actions.

The creator of a different social media project – the event "DIFFICULT PERIOD for the government" (officially created by a dog named Grazyna) – writes: "The Polish goverment want to control our uterus, ovaries and pregancies. Isn’t it nice that they care so much? [...] let’s besiege our Prime Minister with information, questions or doubts regarding our monthly cycle, periods, ovulations, vaginal secretions. Let’s give her full insight in what’s going on with us, let’s make her focus on us. Maybe she will remind herself that she is a woman too."

The message is followed by the e-mail addresses of the episcopate, Jarosława Kaczyński and Beata Szydło. It didn't take long to elicit a response – it's enough to glance at Szydło’s Facebook profile and read the comments underneath her latest posts.

"The manifestation brought together a few thousand people," says Dominika, who took part in yesterday's event in Warsaw, "It was a peaceful protest in which a police presence was hardly noticeable. The atmosphere was friendly, you could hear people cracking jokes about the current government. People were also explaining to each other, with a little disbelief, what it would actually mean if the bill were to be introduced.

"As for the speeches, the crowd's reactions were mixed. One of the speakers lumped everyone together – the episcopate, Law and Justice and Catholics – into the same category of supporters of the new abortion law. Even as a non-believer, I still think that's an unjust attitude. The motto 'besides your vaginas you also have brains' was just embarrassing.

"Most of the speeches, however, were met with loud applause – many of the speakers have experienced 'firsthand' the value of the current law. After overhearing a few conversations it seems that participants in this demonstration are also keen to appear at others, if such a need arises."

Dominika was present to photgraph the Warsaw protest that took place last Sunday: 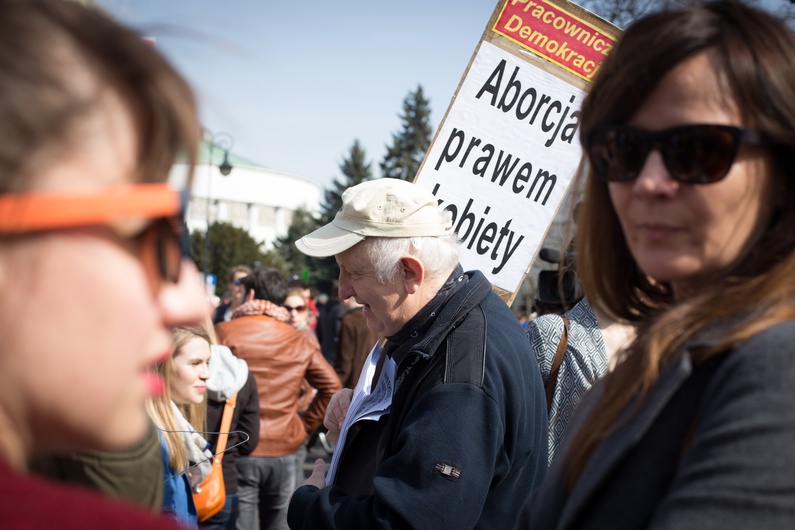 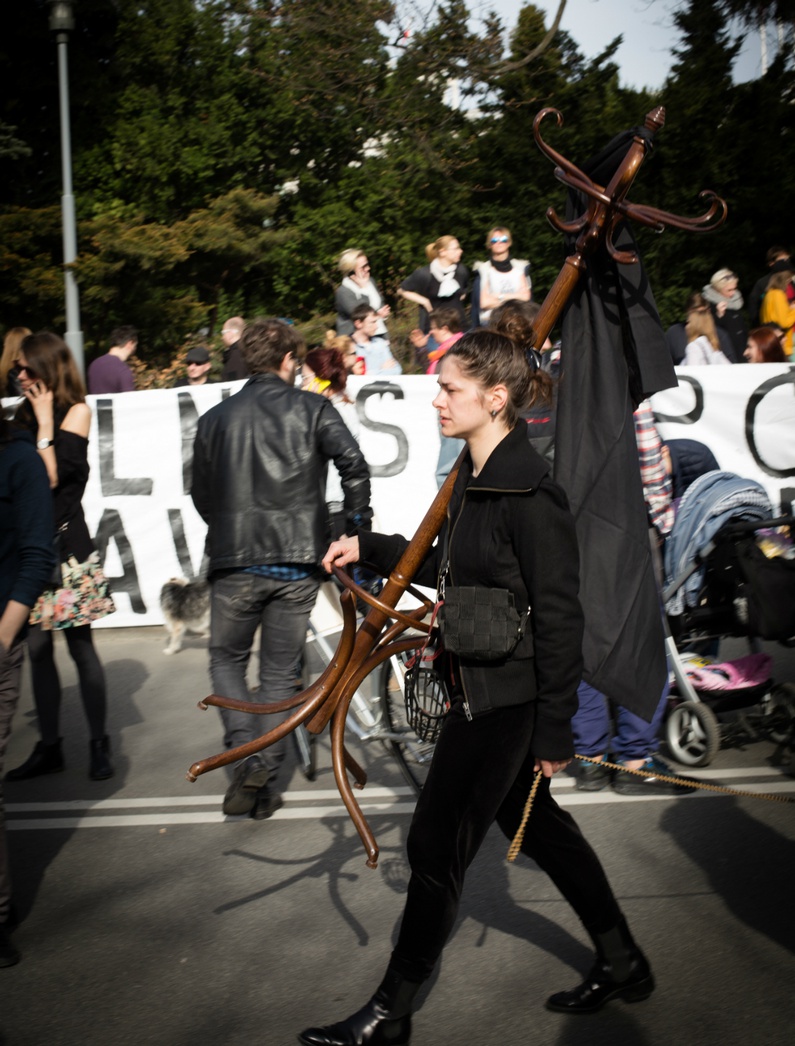 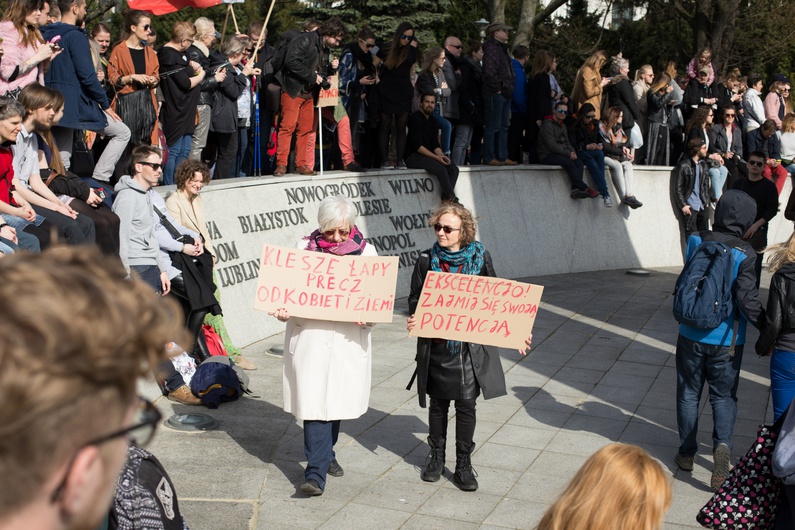 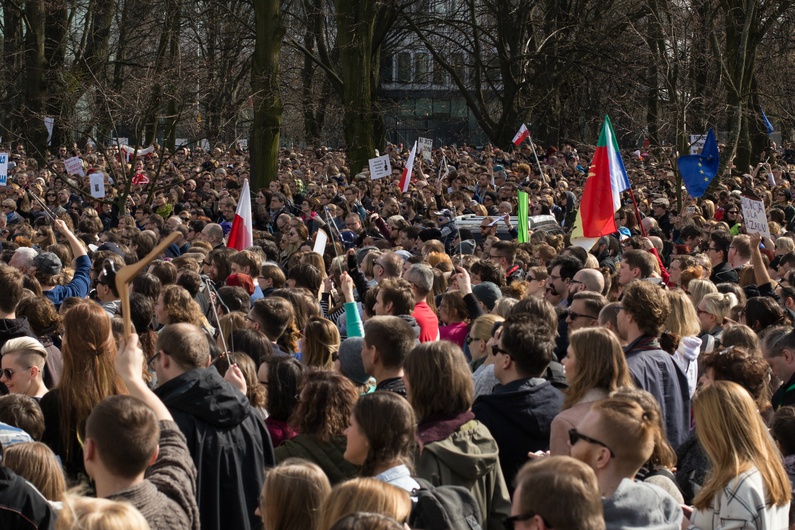 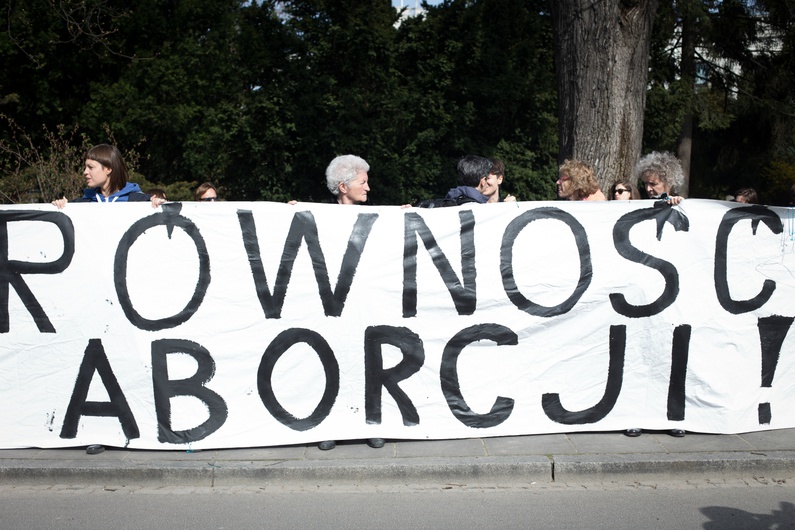 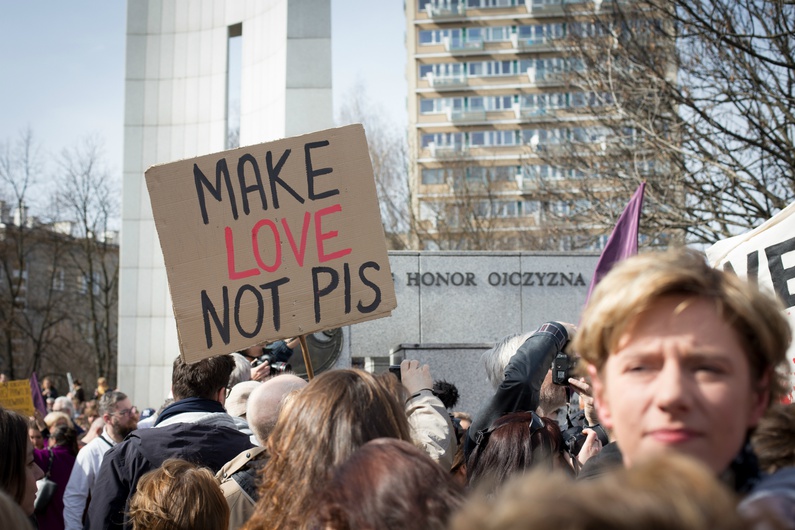 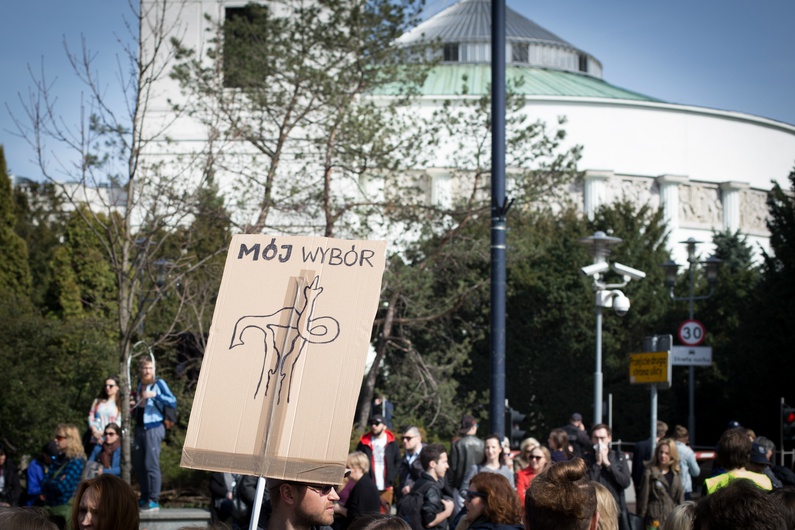 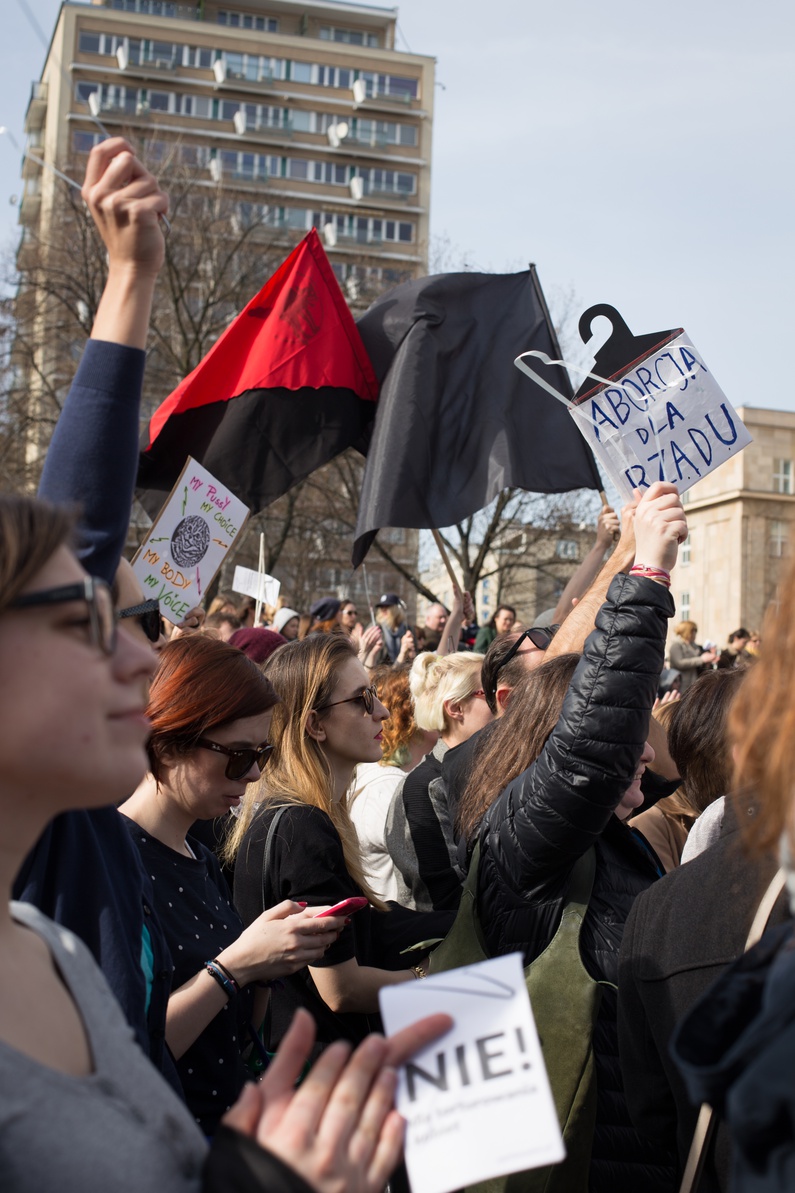 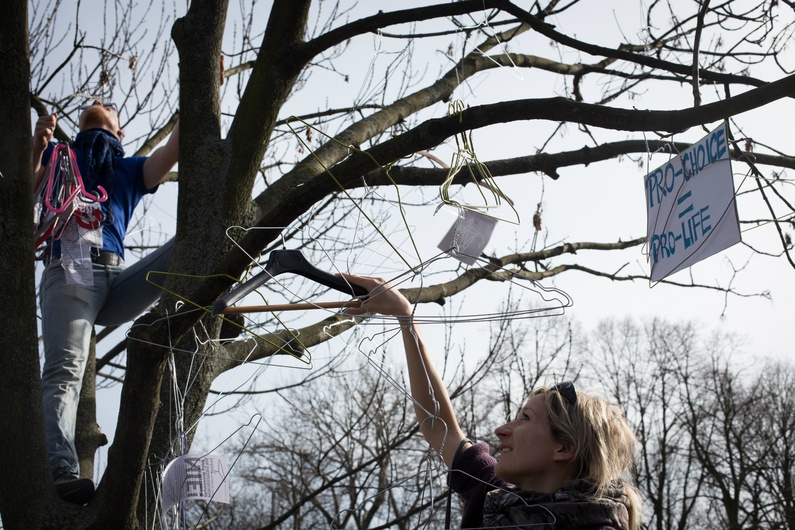