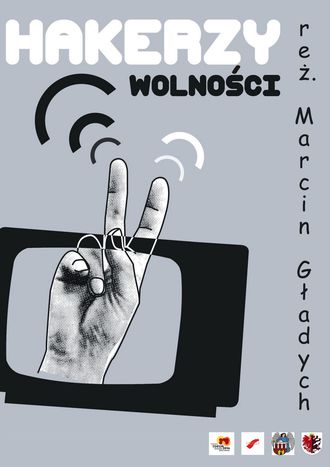 'I'm taking over the TV network'...When we Poles watch the cult movie Hackers (1995) featuring Angelina Jolie, one line from the movie's main character makes us feel good to remember that the real takeover of the Polish TV network took place ten years before

In 1985, communist Poland was under the harsh dictatorship of pro-soviet general Wojciech Jaruzelski. The Polish underground movement of 'solidarity' was backed by hackers, who successfully broke the signal of the regime's propaganda tube, Channel One of Polish television. They broadcasted their own message against the rising prices of goods, censorship, propaganda, one-party system and generally against communism, the oppressive political system and so on. They used for that 8-bit personal home computer ZX Spectrum and their own talent. They all were arrested within minutes after they aired their broadcast and put into the jail. It all happened several blocks away from my house, in my hometown, the academic city of Torun, when I was only two. The American, Western European and even Israeli press reported about the incident immediately, appealing for more press freedom in Poland of the eighties and for releasing the political prisoners, so-called 'hackers' among them.

During today's 30th anniversary of the Solidarity movement, I was invited to accompany my parents, former activists of Solidarnosc, the first and only independent trade union movement in the soviet union. We watched a movie commemorating the brave act of these now elderly yet still very relaxed and funny gentlemen who somehow sneaked their message into television in 1985. At the premiere of Hakerzy Wolności ('Hackers Of Freedom'), these gentlemeny say they enjoy being a part of now pluralistic and democratic civic society in Poland. They're even ready to take over the television network in Poland should freedom of speech ever be endangered again. Having such brave and press freedom-committed compatriots, I can definitely sleep well tonight. Good night and good luck.