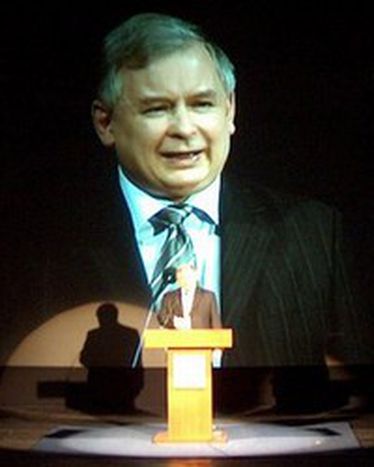 The election of the conservative and nationalist Lech Kaczynski as President, coupled with the minority government’s possible coalition with the extreme right, has put Poland’s EU future at risk.

For centuries, Poland has been accustomed to the worst; its people submit themselves to a sort of automatic martyrdom, expecting divine, eternal rewards. This is why it was almost inevitable that the Poles would fall into in a political black hole barely one and a half years after joining the EU, their most important opportunity after half a century of communism.

And so it was that, on Sunday October 23, the second round of the presidential elections saw Lech Kaczynski from the Law and Justice Party (PiS) prevail over Donald Tusk from the Civic Platform Party (PO). Kaczynski - Warsaw’s Mayor and leader of a coalition between the centre-right and the populist, Catholic, xenophobic right - won 55% of the vote, compared to 45% gained by the neo-liberal and progressive candidate, Donald Tusk. And to think that in the first round the latter took more votes than his rival.

The secret of the Right’s success

What went wrong in the second round? Nothing. So, what played in Kaczynski’s favour? The answer is the mopping up of votes by the extreme right; namely Andrzej Lepper, leader of the nationalist Samoobrona (Self-defence) Party, and Father Tadeusz Rydzyk, Director of the Catholic Radio Maryja. Radio Maryja, which has an audience of millions, already acts as a catalyst for many votes in Poland and, in particular, the votes of rural communities from the more backward south-eastern region who are generally elderly, poorly educated, nationalist, Eurosceptic and, obviously, Catholic. Urban citizens from the more developed and richer western and Baltic regions voted for Donald Tusk. Generally young, they are better educated, pro-reform and pro-European. Such is the sociological analysis of votes in this presidential election.

Portrait of a country

The political analysis foresees repercussions both inside and outside Poland following this electoral tragedy. There is a risk of internal political paralysis: following the parliamentary elections at the end of September, which was narrowly won by the PiS, led by Kaczynski’s twin brother Jaroslaw, the path leads to a minority government or an alliance with the extreme, anti-European right, or even an alliance with the (barely) defeated PO. This last hypothesis is perhaps improbable given that it would include a common programme for government which would go against the diktat of Father Rydzyk and Radio Maryja, with the subsequent withdrawal of his unconditional media and political support. However, if the ‘Maryja’ line is followed, renegotiation of Poland’s EU adhesion treaty will be necessary as it is opposed by Father Rydzyk.

Moreover, two referenda which undermine European integration are also on the agenda: one on the ratification of the European Constitutional Treaty and one on introducing the euro. In both cases, the new President will fight for the No vote. If you add proposals to introduce the death penalty and for a closer relationship with Washington to the detriment of Brussels, a real drama emerges of the future foreign policy of a country which risks isolation, at least in Europe. But in this “mocking anecdote recounted to the world by God, otherwise known as Poland” – as the contemporary writer Andrzej Szczypiorski defined his country – there is always a glimmer of hope. The melancholy Slave optimism which pervades Poles can be heard in the refrain of a popular song: “As long as the Vistula is flowing, Poland will survive!”. Fingers crossed that the Vistula will soon flow in the right direction.