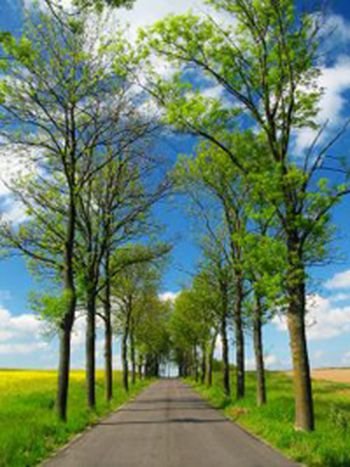 Poland on the way up

In old Europe, people are fearing an influx of cheap Polish labour and the relocation of businesses to Poland. But are these fears justified? We take a look at the facts.

Poland is known today for being one of the most solid economies in central Europe – not bad for a country that spent nearly 50 years under a communist regime. However, how is the Polish economy in comparison with other EU Member States?

An upturn in all sectors

All experts agree that the Polish economy has improved in recent years. Although its growth rate has slowed slightly, the OECD still forecasts an impressive 3.7% growth for 2006 and 4.3% for 2007 – rates that its neighbour, Germany, can only dream of.

What is also striking is the development of productivity, the amount produced per worker. In 2005, Poland, the ‘Tiger State’ of Eastern Europe, increased its productivity from 4.1% to 7.7%, even overtaking South Korean performances. This development has been maintained for 10 years now: a 2005 report by the OECD states that in the period from 1996 to the end of 2005, productivity in Poland rose by an average of 5.4%. This places it well above the OECD average of 1.9% for this period. Poland posted better results than France, Germany, the UK and the US. In 1996, Poland had a productivity rate of just 44% of the EU average. In 2005, this rose to 63% and is set to overtake Portugal this year.

This development is having a great effect on trade. The commercial balance sheet of Poland is still negative as Poland is importing more than it is exporting, yet exports have risen by more than 20% since it became a member of the EU in 2004. Poland’s most important trading partner is Germany.

Poland is also catching up when it comes to technology. 36% of people have a home computer, which is lower than the EU average, but is nevertheless higher than in the Czech Republic. The IT market grew by 15% in 2005. Whether this development is sustainable remains to be seen, as expenditure on research and development is equivalent to just 0.56% of the country’s gross national product. Expenditure is therefore lower than in Turkey and is far behind the EU average of 1.85%.

There have also been positive developments in the Polish education system. After receiving poor results in the PISA Study in 2000, Poland’s pupils showed substantial improvement in PISA 2003. And with a rate of 90% in Poland, no other EU country has more pupils who complete the equivalent to A-levels.

Polish workers are very mobile, which has led to growing fears among the populations in Germany and other European countries that they may lose their jobs to motivated and cheap Polish workers. “Eager Poles find German jobs” was the title of an article, published on the BBC website on 9th January this year. The article quoted Franz Josef Wiesemann, the managing director of a German company speialising in textiles services which has invested in Poland. “We have workers who will work seven days a week, 365 days a year round the clock.” But not only bus drivers, electricians or plumbers are heading to western Europe to look for work. Polish doctors and dentists are also looking to work in England, where they can earn more than the monthly salary of 500 euros which they earn in Poland.

But while many Poles are seeking work in Western Europe, the lack of workers in certain sectors in Poland is starting to become apparent. The Gdansk shipyard, birthplace of the Solidarnosc trade union, makes no secret of the fact that it is seeking workers from neighbouring Ukraine. And even Germany is benefiting from the Polish boom: in the town of Stettin, the economy has become so strong that Poles are renting or buying cheap property in the German Uckermark region.

It is no wonder that international investors appreciate the ‘Polish model’: rising productivity and an average wage of 500 euros per month is rather attractive. Direct foreign investment has increased from nearly $2bn to almost $7bn in the decade from 1994 to 2004.

It is now a question of whether the new Polish government will continue to support the dynamic economy and promote economic growth. There has been criticism of the increasing budgetary deficit and the use of state funds for consumer goods. The macroeconomic data looks good; the only negative point being the 17% unemployment rate. The labour market is heavily-regulated, as in Germany. This is seen as a major problem and a barrier to reducing the unemployment rate. Poverty is another problem which can only be resolved through growth. According to the GDP per capita, Poles are on average only half as rich as other Europeans. Furthermore, 10% of the population lives on less than $4 per day - a statistic that does not quite fit in with successful economic development.