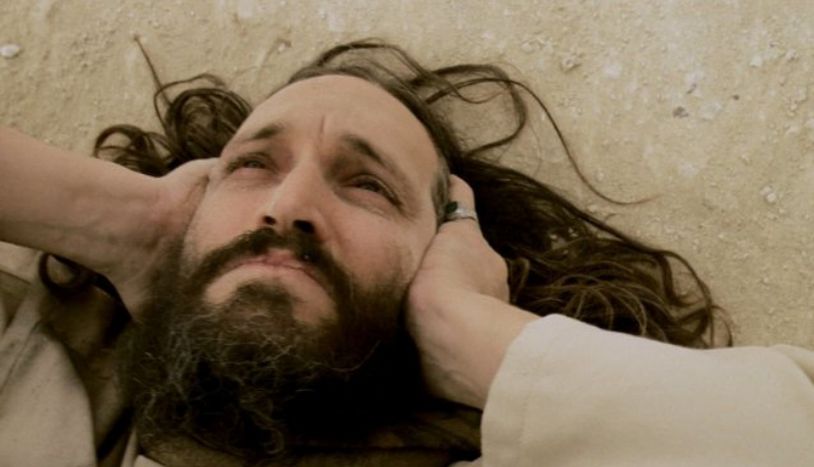 A white horse struggles to drag itself along after abandoning the exhausted body of Vincent Gallo through the snow. The animal is soiled with human blood. Such is the breathtaking epilogue of Essential Killing, the latest feature length film from Jerzy Skolimowski, where the American actor portrays a Taliban deported to a secret CIA base hidden in a forest in Mazovie, Poland.

In the screenplay by the Polish writer, the prisoner still has the possibility to escape. Terrorist suspects who land in total secrecy in the airport of Szymany in Poland do not have such luck. An investigation ensues.

Used as an airbase by nazi Germany’s Luftwaffe, this tiny military aerodrome is now used by the CIA to unload several suspects linked to Al-Qaeda, waiting to be interrogated at another base in the region. The airport, surrounded by both woods and barbed wire, is located around 160km from Warsaw. To be more precise it’s in the Warmia-Masuria Province, a region bordering Lithuania, Belarus and their powerful Russian neighbour.

After transiting in Bangkok, the detainees landing in Szymany (pronounced 'schimaaneh') are then transported to a provisional detention centre located just outside the village of Stare Kiejkuty (pronounced 'Stareh Kieykuteh'). The structure was recently used by the Polish secret service as a training centre for interrogation techniques, as uncovered by the Polish daily newspaper Gazeta Wyborcza. The procurator Robert Majewski has been leading a national investigation on the subject for two years, observing the greatest confidentiality. The list of interrogation subjects in Europe include Al-Qaeda top dogs such as the Kuwaiti Khalid Shaykh Mohammad, one of the brains behind the 11 September attacks, and the Pakistani Abu Zubaydah, who takes care of the terrorist organisation’s logistics. They are currently locked up with around 200 other people at Guantanamo, the detention centre in Cuba that Barack Obama had promised to dissolve at the start of his term of office. The first civil trial in Guantanamo ended on 25 January 2011 with a life sentence for Tanzanian Ahmed Khalfan Gailani, who was irrefutably involved in attacks on American embassies in Africa in 1998.

In autumn 2010, the Polish media also divulged the name of another Al-Qaeda ‘star’, a certain Abd al-Rahim al-Nashiri. The Yemeni is the supposed architect of the explosives attack on the destroyer USS Cole, which sunk in the Gulf of Aden, taking down the seventeen marines on board with him. Al-Nashiri was later exonerated following the verdict of the military tribunal established by George W. Bush which Barack Obama went on to do away with by introducing civil trials for Guantanamo detainees. The Polish press also revealed that Al-Nashiri had allegedly been threatened several times with an electric drill and an unloaded revolver by former CIA agent ‘Albert’. 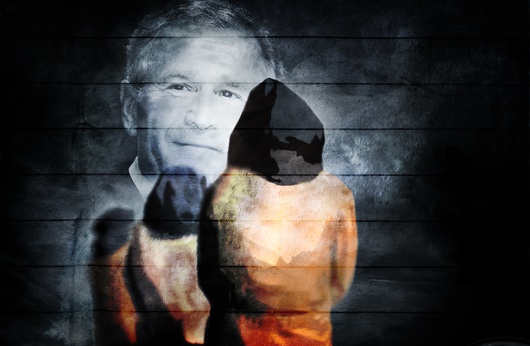 As far back as February 2008, Michael Hayden, the former director of the CIA, had admitted during a hearing at the senate that the American intelligence agency had used ‘waterboarding’ techniques (drowning to obtain a confession) on three suspects. The names Hayden mentioned coincided exactly with those of the three detainees who had been provisionally kept at the site in Stare Kiejkuty. ‘No Polish government authority has ever admitted knowledge of landing permission being given to CIA flights, even though it has now been made known following an investigation by the European parliament, to the point where it has been publically recognised by Lithuania,’ commented the filmmaker Skolimowski. Nothing of the united nations human rights council summit in autumn 2010 filtered into the Polish press, who were too busy with the latest details of the Russian investigation into the air crash in Smolensk.

According to two reports by Swiss senator and investigator Dick Marty (who recently likened Kosovo premier Hashim Thaci as a mafiose in a 2011 report) for the council of Europe published in 2006 and 2007, several ‘high-value detainees’ had been held from in secret interrogation centres in Poland and Romania from 2003 to 2005. Polish president Aleksander Kwasniewski has never acknowledged their existence. The current cabinet of prime minister Donald Tusk is no more inclined to comment on the case whilst awaiting the results of the investigation. 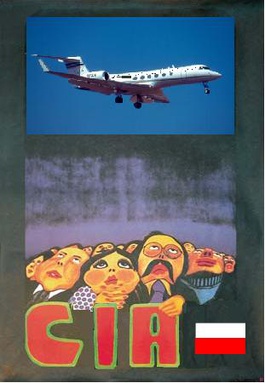 Amongst the countries mentioned in the document is also Lithuania, then-governed by Rolandas Paksas, who was accused and discharged by his own parliament for divulging a state secret in 2004. Recently redeemed by a sentence from the European court of human rights, Paksas has always denied the existence of a CIA ‘barn’ located near a riding school outside of Vilnius. Similarly, Romanian senator Norica Nicolai of the national liberal party (NLP), who led an investigation for local parliament on these allegations, deemed the accusations unfounded in 2009.

Since the publication of the report the European media have not given appropriate coverage to the matter. In October 2010 the BBC aired a documentary on the detention centre in Stare Kiejkuty, referencing the story of Khalid Shaykh Muhammad. The suspect told viewers that he had realised he was in Poland when he was able to decipher a label on a bottle of water…perhaps recognised between two drowning sessions.

Because of these latest revelations by the Polish press on the list of famous interrogation subjects in Poland, it is clear that Warsaw played a leading role in the first season of the war on terror of Bush’s time. Situated in the geographical heart of Europe, Poland has as such been the logistic centre for secret detention operations carried out by the CIA on the old continent.

Nota bene: In theUS Barack Obama has signed a decree to 'create a formal system of indefinite detention for those held at the U.S. military prison at Guantanamo Bay, Cuba, who continue to pose a significant threat to national security', according to the Washington Post. 'The executive order applies to at least 48 of the 172 detainees who remain at Guantanamo Bay.'